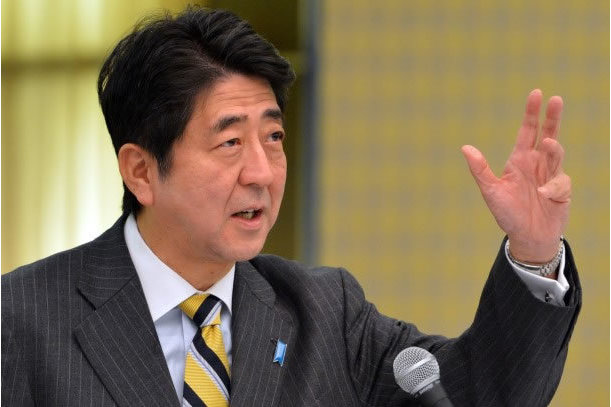 The launch of the new body will coincide with the 7th Tokyo International Conference on African Development (TICAD), scheduled to take place in August.

The Japanese government is getting set to establish a joint council with the private sector to promote investment in Africa. The launch of the new body will coincide with the 7th Tokyo International Conference on African Development (TICAD), which is scheduled to take place in August, according to the Nikkei Asian Review.

The publication said the new body will consider investment pacts, preferential tax treatment for Japanese companies and other measures to increase investment on the continent. China is currently Africa's largest trading partner, having surpassed the United States in 2009, according to the United Nations.

But the U.S. still leads China in foreign direct investments (FDI) in Africa, based on the EY’s 2018 Africa Attractiveness report. U.S. corporates increased their FDI projects in Africa to 130 in 2017, followed by the United Kingdom with 72 FDI projects, France with 61 FDI projects, China with 54 FDI projects and Germany with 39 FDI projects. FDI projects from Japan shrunk from 27 in 2016 to 14 in 2017.

More than 440 Japanese companies currently do business in Africa. These include JGC Corporation, and other companies building plants in Nigeria. Mitsubishi Electric and AGC Inc. have opened sales offices in South Africa and Morocco, respectively, to establish a foothold on the continent.

This new permanent public-private council will be made up of Japanese government officials from different ministries and agencies, including the Foreign Affairs Ministry and the Ministry of Economy, Trade and Industry, and economic organisations such as the Japanese Business Federation and the Japanese Association of Corporate Executives.

The council, according to Asian Review, will meet two or three times a year, with the foreign affairs minister and the economy, trade and industry minister.

The report also said Japan will set up a new conference that will convene government officials and businesspeople from African countries. The conference is also expected to hold in August on the fringes of the TICAD. It will focus on business challenges in Africa, as well as listen to views and requests from Japanese private companies regarding system reforms.