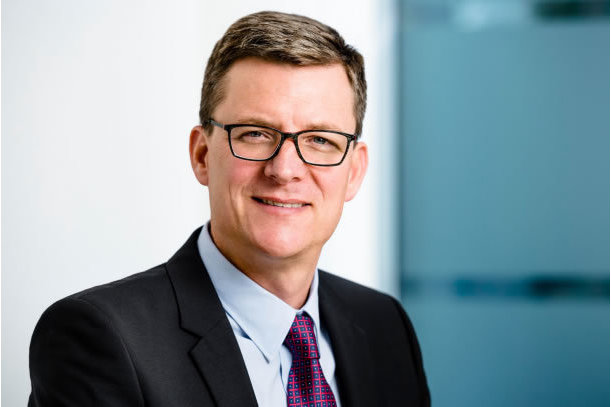 Rob Shuter who was due to resume in July next year will now join MTN Group on March 13, 2017.

MTN Group, Africa’s largest mobile operator, has announced that it has brought forward the resumption date of Rob Shuter, its Group President/CEO designate, by more than three months, the company said in a quarterly update released on Monday. Shutter, the current CEO of Vodafone Europe, was due to resume in July next year but MTN said he will now join the Johannesburg-based company on March 13, 2017.

“With the completion of my two key mandates of settling the Nigerian regulatory fine and appointing a new Group President and CEO, I will revert to my role as non-executive chairman as soon as Rob assumes his position as Group President and CEO on 13 March 2017,” Phuthuma Nhleko, MTN Group Executive Chairman, said. “In the interim, whilst I will continue as executive chairman to provide oversight . . . I will also ensure that all outstanding senior management appointments are completed and the new senior management team is fully settled in before year end.”

The announcement by MTN comes as it faces allegations by the Nigerian Senate that the company illegally repatriated $13.97 billion out of the country between 2006 and 2016. MTN said it is cooperating with the Senate’s ongoing investigations even as the Central Bank of Nigeria has instructed the company’s bankers to suspend any remittance of dividends until further notice.

In June this year, MTN reached a deal with Nigerian authorities to pay N330 billion over three years to settle the regulatory fine imposed on the company for failing to disconnect five million unregistered SIM cards.

“MTN Nigeria is committed to the payment of the N330 billion fine related to the late disconnection of ‘improperly registered’ SIMS and as such has not declared a dividend since April 2015 and MTN Nigeria has no intention to make any dividend payments over the next six months,” Nhleko said. “MTN Nigeria continues to refute the allegations that MTN Nigeria had improperly repatriated funds from Nigeria.”

For the 2016 third quarter ended on September 30, MTN said its total subscribers grew by 0.9 percent quarter-on-quarter due mainly to strong subscriber growth in Nigeria (2.5 percent), Uganda (2.9 percent), Ghana (2.7 percent), and Iran (1.1 percent). In Nigeria, MTN’s largest market, the company said its subscriber base grew to 60.5 million as the company embarked on “proactive engagement” of previously disconnected subscribers.

“Despite a tough operating environment as a result of weaker macro-economic conditions, particularly in oil-dependent economies, as well as the regulatory challenges experienced, we are confident that the fundamental changes implemented over the past year position the Group well to participate efficiently and effectively in the data evolution and ensure sound stakeholder relationships and governance processes,” Nhleko said.