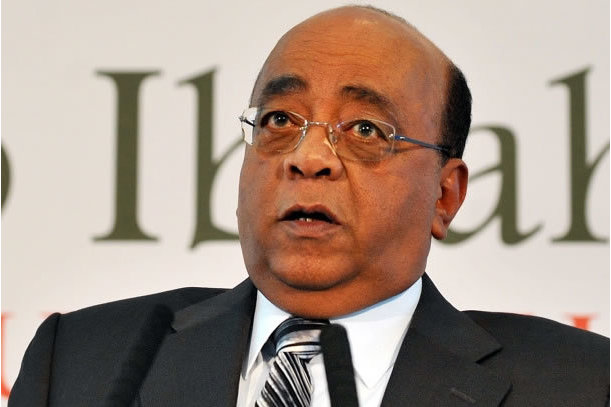 Africa’s second largest economy was ranked 36th out of 54 countries in overall governance in the 2016 Ibrahim Index for African Governance.

Nigeria has improved its ranking on the 2016 Ibrahim Index for African Governance (IIAG). Africa’s second largest economy was ranked 36th out of 54 countries in overall governance in the 2016 IIAG compared with a ranking of 39th last year.

The latest index, which was released in London today by the Mo Ibrahim Foundation, shows Nigeria’s points also rose to 46.5 points this year as against 44.9 points in 2015.

Mauritius retained its position as the highest-ranked country in overall governance, followed by Botswana, Cape Verde, Seychelles and Namibia.

The worst performing countries in overall governance on the 2016 IIAG are: Somalia, South Sudan, Central Africa Republic, Libya, and Eritrea.

The Mo Ibrahim Foundation said that the improvement in overall governance in Africa over the past ten years has been hindered by a widespread deterioration in safety and rule of law.

According to the 2016 IIAG, 33 out of the 54 African countries – home to almost two-thirds of the continent’s population – have experienced a decline in the Safety and Rule of Law category since 2006, 15 of them quite substantially. The decline is driven by large deteriorations in the subcategories of personal safety and national security.

“The improvement in overall governance in Africa over the last decade reflects a positive trend in a majority of countries and for over two-thirds of the continent’s citizens,” said Mo Ibrahim, Chair of the Mo Ibrahim Foundation. “No success, no progress can be sustained without constant commitment and effort. As our Index reveals, the decline in safety and rule of law is the biggest issue facing the continent today. Sound governance and wise leadership are fundamental to tackling this challenge, sustaining recent progress and ensuring that Africa’s future is bright.”

The Sustainable Economic Opportunity category – which covers areas such as public management, business environment and infrastructure – is IIAG’s lowest scoring and slowest improving category. However, 38 countries – together accounting for 73% of continental GDP – have recorded an improvement over the last decade due to a massive improvement in digital and IT infrastructure, which is the most improved category over the last decade.

The Infrastructure category still remained low, with Electricity Infrastructure registering a decline in 19 countries – which are home to 40% of Africa’s population.

Human Development is the best performing category over the last decade, with 43 countries – home to 87% of African citizens – registering progress. All dimensions – Education, Health and Welfare – have improved, although progress in the sub-category of Welfare has been affected by declines in Social Exclusion and Poverty Reduction Priorities indicators.

The Ibrahim Index of African Governance, which was launched in 2006, presents the most comprehensive analysis of African governance, rating the continent’s 54 African countries in areas such as security, human rights, economic stability, just laws, free elections, corruption, infrastructure, poverty, health and education.