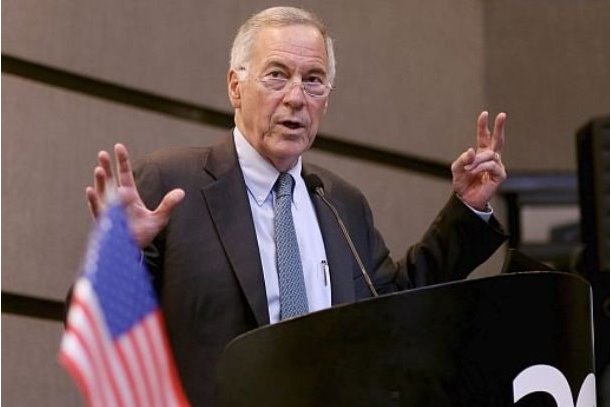 Professor Steve Hanke said without “a major currency reform” the weakness of Nigeria’s naira will not end anytime soon.

The Nigerian National Bureau of Statistics (NBS) put the country’s Year-on-Year inflation rate for March at 12.8% and 13.7% for April 2016. However, referring to Nigeria’s March inflation, Professor Hanke said the country’s inflation “has exploded to an annual rate of 58.6 percent,” according to the Troubled Currencies Project he directs. In January, Prof. Hanke similarly alleged “lying” statistics with regard to the official inflation rate of Venezuela. He said the more plausible inflation rate for the country was 392%, which derived from the official figure of 141.5% multiplied by 3.0 – then the lie coefficient for Venezuela.

The U.S. professor said the lie coefficient was developed in the “Soviet days” when the now-defunct Soviet Union used to “fabricate” its inflation statistics.

Hanke said without “a major currency reform” the weakness of Nigeria’s naira will not end anytime soon. He said the needed-reform entails the installation of a currency board.

Apart from directing the Troubled Currencies Project – a joint initiative of Cato Institute and Johns Hopkins – Prof. Hanke also produces The Misery Index. The Misery Index of a country is the sum of the unemployment rate, lending rate and inflation rate, minus the annual percentage change in real GDP per capita.

Using International Monetary Fund data, coupled with Bloomberg’s rankings of last year’s worst five countries, the worst ranked countries on the 2016 Index are Venezuela (500%), Argentina (162.7%), Greece (143.6%), South Africa (32.5%), and Ukraine (24.3%), according to South Africa's Financial Mail. Reflecting higher inflation and unemployment rates compared to a year ago, Nigeria is now closer to the worst ranked countries on the Misery Index with a score of 21.3%.

The Monetary Policy Committee of Central Bank of Nigeria will meet this week against the backdrop of recent negative economic data: 13.7% inflation rate for April, the highest since June 2010; and -0.36 GDP growth rate for Q1 2016 – the worst in 25 years.