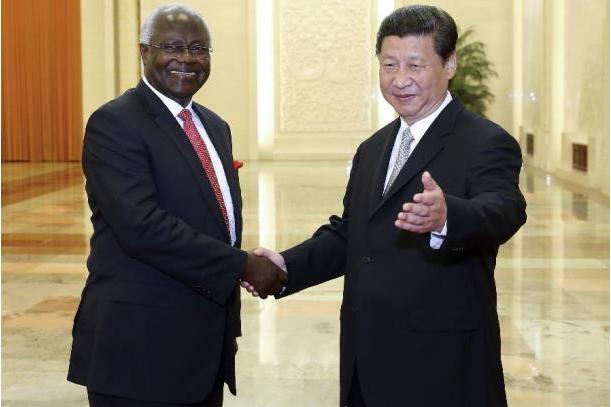 The summit will be held in Johannesburg on December 4-5.

Chinese diplomats said on Tuesday in Nairobi that the Chinese and African leaders’ summit scheduled to hold on December 4-5 will boost bilateral trade between China and African countries.

The summit, which will be held in Johannesburg, South Africa, is expected to produce lucrative bilateral trade agreements for both parties. The summit was previously tagged as the sixth ministerial meeting of the Forum on China-Africa Cooperation (FOCAC). But in September, President Xi Jinping upgraded the meeting to a full-fledged summit after holding talks with his South African counterpart, Jacob Zuma, in Beijing.

"The historic grand gathering will further strengthen solidarity and cooperation between China and Africa, upgrade China-Africa relationship and have positive impact on balanced, inclusive and sustainable development," said Ambassador Ji Peiding, during a forum convened by the Africa Policy Institute, a think-tank involved in research on Chinese studies, in Nairobi. Ambassador Peiding is a member of the Chinese Foreign Ministry's Foreign Policy Advisory Group.

According to the website of the Chinese embassy in Nigeria, bilateral trade between China and Nigeria has grown from a mere $384 million in 1998 to about $18.1 billion in 2014.