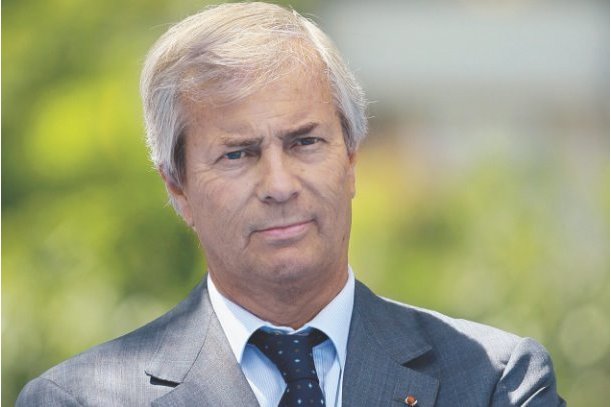 The project is expected to be due in eight years and could gulp up to $2.21 billion.

A massive West African rail project, promoted by Vincent Bolloré, billionaire and Chairman of French investment and industrial holding group, Bolloré Group, is set to be listed on the Paris Stock Exchange in the first half of 2016.

An initial public offering on the Paris Stock Exchange could raise up to $550 million to finance construction costs. Bolloré has hired at least four banks – Goldman Sachs, BNP Paribas, Societe Generale and Credit Agricole – to start work on a potential listing.

The West African rail loop was launched in 2013 to boost inter-regional trade. The project plans to connect Ivory Coast, Burkina Faso, Niger, Benin, Togo and Nigeria via a regional rail network. The project is expected to be due in eight years and could gulp up to $2.21 billion.

As a result of the poor infrastructure and obstructive trade agreements, inter-regional trade in Africa is the lowest in the world – at just 12 percent. By comparison, 60 percent of trade in Europe is within its own continent; North America stands at 40 percent; Asia at 40 percent; and Latin America at 30 percent, according to the Economist.

Since 2009, the Economic Community of West African States (ECOWAS) has been pushing for a regional rail network to connect its member states. Unlike in southern Africa, rail systems in West Africa are mostly fragmented and operate on different widths. For instance, rails in francophone countries are 1,000mm wide, while rails in Ghana and Nigeria are 1,067mm wide and Guinean and Liberian rails are 1,435mm in width, according to a United Nations report.

The West African rail loop plans to connect all national rail systems to a bigger, regional rail network to facilitate the movement of goods within the region.

Bolloré Group, which was awarded the concession contract for the project, operates public service rail systems in several West African francophone countries. The French company operates rail concessions in Cameroon through Camrail, Ivory Coast through Sitarail, Benin through Benirail and Burkina Faso through Societe Internationale de Transport Africain per Rail. The company has been operating in Africa for more than 50 years and about 22 percent of the company’s revenues last year came from its African operations.

Chibuike Oguh is Financial Nigeria's Analyst of the Frontier Markets