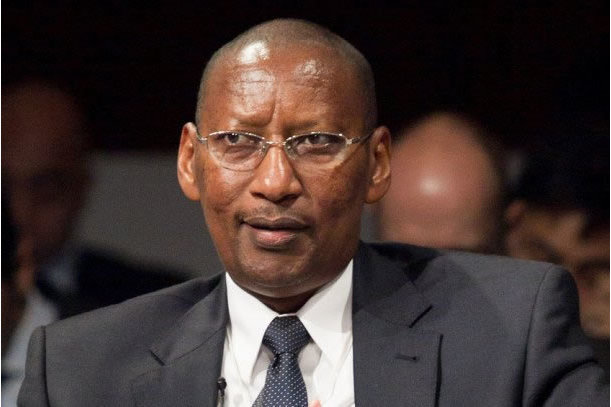 The Governor of the National Bank of Rwanda has said that the country’s economic growth may slowdown in 2016 because of lower agricultural output.

Speaking during a news conference on Thursday, Governor John Rwangombwa said Rwanda’s GDP growth may slowdown to 6.3 percent this year from an estimated 7 percent last year because a decreased output from agriculture, construction, and services.

“The expected decline in growth is largely attributable to the decline in the growth of the agriculture sector from 5.5 percent last year to 5.1 percent this year alone,” Rwangombwa said.

The expected decline in agriculture was partly due to the effects of the El Nino weather phenomenon, which brought heavy rains across the countries of East Africa such as Kenya, Ethiopia, Tanzania, etc.

The services sector is expected to grow by 7 percent in 2016 compared with 7.3 percent in the first nine month of 2015. Growth in the construction sector will also slowdown this year compared with last year, Rwangombwa said.

In January, Rwanda’s Consumer Price Index (CPI) grew by 4.5 percent, the same rate as in December 2015. Rwangombwa said the central bank expects the inflation rate to remain within its target range of 4.5 to 5.5 percent during the year.

Rwanda exports mainly agricultural products such as coffee and tea as well as minerals such as tin, coltan, wolfram, and cassiterite. Rwanda's main exports partners are China, Germany and United States, according to Trading Economics, a ratings and data firm.