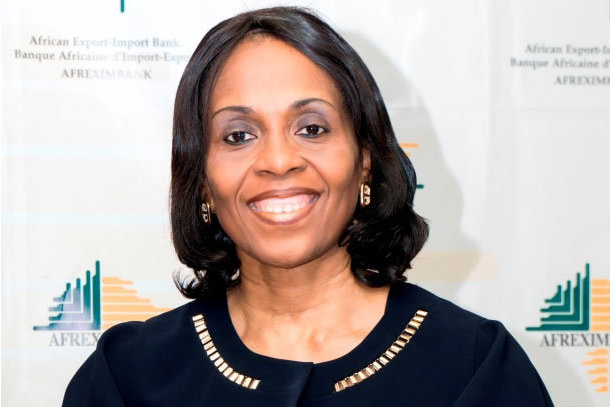 Awani's primary responsibility is to assist Afreximbank implement its strategy to increase industrialization and intra-Africa trade by 50 percent in the next five years.

The Cairo-based bank said in a statement on Sunday that Awani, a Nigerian national, will have the primary responsibility of assisting the Bank in ensuring the attainment of its Intra-African Trade Strategy, which is aimed at increasing industrialization and intra-Africa trade by at least 50 percent in the next five years.

“Ms. Awani will lead Afreximbank’s efforts to raise the level of intra-regional trade in Africa by 50 per cent in the next five years to reach a trade volume of $250 billion,” said Afreximbank President, Dr. Benedict Oramah. “Kanayo brings many years of strong real-world experience in intra-African trade finance to this important assignment.”

Until her appointment, Awani was Afreximbank’s Director of Trade Finance and Branches Department, which manages the Bank’s business development efforts in trade finance across Africa. The appointment takes effect on May 18th, according to the statement by Afreximbank.

Prior to joining Afreximbank in 2009, Awani served for many years with Citigroup. Her last position was Vice President and Head of Industrial and Commercial Corporates at Citigroup Nigeria.

Awani holds a Masters degree in Public Administration, specializing in International Trade and Finance, from Harvard University’s Kennedy School of Government in Cambridge, United States. She also holds the Edward S. Mason Fellowship in Public Policy and Management from the same university. She is also a graduate of the University of Nigeria, Nsukka.