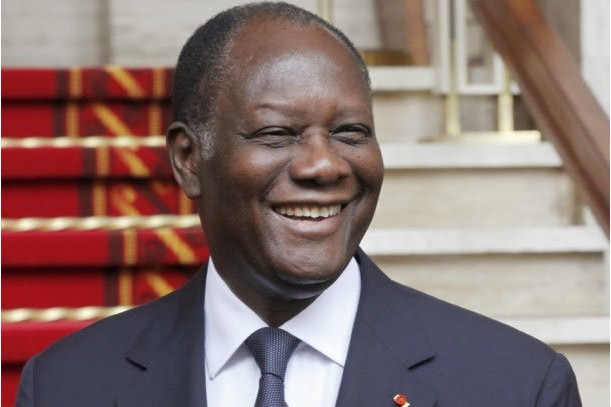 In Nigeria sales are declining in both value and units as consumers face a combination of wallet pressures.

The launch of Nielsen’s second Africa Prospects Indicators (APi) report has given existing and potential investors an unprecedented and even deeper comparative view of the country opportunities across the continent, with Cote d’Ivoire moving ahead of Nigeria to leading position within the APi’s overall country results.

Nielsen Africa Managing Director Allen Burch comments; “The strength of the Africa Prospects Indicator lies in its ability to provide a clear ranking of countries based on multi-dimensional relative indicators across Macro-Economic, Business, Consumer and Retail dimensions for nine of Sub Saharan Africa’s (SSA) leading markets, where common measurement information is available. The report also assesses macro-economic and business prospects for a total of 26 countries, where extended metrics exist.

“This makes it possible to pinpoint that top performer Cote d’Ivoire’s position has improved based on its Business outlook dimension, and it continues to rank top in terms of Retail sentiment. Despite the fact that it comes in third position on broader Macro factors, its favourable economic growth and stable inflation climate and recent elections, provide a fertile investment environment,” adds Burch.

While Nigeria topped the inaugural list in Q1, 2015, in the latest ranking it drops to a more moderate 4th position, driven primarily by deteriorating macro-economic indicators as a result of a slump in commodity prices, in particular oil. In addition, the Consumer indicators and overall confidence levels have followed suit. Despite this, Nigerians continue to be some of the most optimistic consumers on the continent, with more positive sentiment for their job prospects and personal finances, even though immediate spending intentions and levels of spare cash are more strained.

Kenya and Tanzania climb the overall rankings to second and third place respectively, with both markets recording improvement on the macro ranking, which takes into account the economic growth performance in relation to the size of the economy. Business sentiment for Kenya remains a little more sceptical, as the ranking declines amidst slower consumer sales offtake impacting company performance.

Within South Africa, peer ranking improves from 9th (Q1, 2015) to 7th place. The South African economy accounts for the largest base of consumer spend in SSA and has one of the most favourably priced common item baskets. This provides more promising avenues for growth through product innovation and choice, thanks to a greater product/value equation. Retail execution, route to market and distribution are also far more easily achieved in a country with the highest concentration of modern trade on the continent.

According to the World Bank, growth in Sub Saharan Africa has reached one of its lowest ebbs, having slowed from 4.6% in 2014 to 3.3% in 2015. This growth deceleration comes amid difficult global conditions and domestic challenges.

Burch comments; “With SSA being a net exporter of primary commodities, and oil being the most important commodity traded in the region, the countries hardest hit by the slump in commodity prices are understandably SSA’s oil exporters, led by top-producers, Nigeria and Angola.”

On a more positive note, SSA growth is still projected ahead of other developing countries, excluding China.  There are still many bright spots such as Ethiopia and Cote d’Ivoire, as well as the Democratic Republic of Congo and Tanzania, which offer positive economic growth and sizeable populations.

Within the APi’s Business Prospects sector, business executives across Africa scored 26 Sub Saharan Africa markets based on their view of growth opportunities for the next 12 months. These 400 country-level Business views incorporate sentiment for the countries overall economic growth as well as the outlook for their own company’s growth. This also represents the extent to which they are able to tap into the markets’ potential considering the various macro and micro challenges.

The biggest movement is in the outlook for Angola, that was previously ranked 5th with a score of 6.3 out of 10 and now drops to 16th place with a more moderate score of 5. Nigeria replaces Angola in 5th position and South Africa climbs from 19th to 14th position, reflecting a more encouraging stance by businesses both local and global. They also continue to view their own growth potential ahead of the overall country’s expected economic performance, highlighting their ability and agility to tailor offerings during both more, and less, favourable economic cycles.

In addition to rising inflation, the cash outlay for Angolan and Ghanaian consumers are some of the highest in SSA. A ‘like for like’ basket of essentials costs almost US$34 in Angola and US$27.50 in Ghana, compared to South Africa at $15.33 (the 5th most affordable country basket).

As Nigerian consumers feel the effect of rising inflation on their basket of goods, there has been a discernible decline in their perception that the current time is a good time to buy the goods they need. This has, however, not diminished their desire to try new products. In fact, almost 80% of Nigerians are willing to consider new products that offer greater value for money or affordability.

South Africans are least open to current spending, opting to rather service debt or save for contingencies. For the 30-40% of SSA consumers who claim discretionary income, the majority will opt to save or invest, followed by home improvements and new clothes.

With the exception of retailers in Cote d’Ivoire and Cameroon, traders do not believe the ease of doing business with manufacturers is improving. While fairly optimistic views of retail growth prevail for most countries, informal retailers can certainly benefit from greater collaboration with manufacturers to grow ongoing consumer demand.

Value sales have grown in Ghana, Kenya, Cameroon and Uganda, but not units, reflecting the impact of rising prices and inflation. In Nigeria sales are declining in both value and units as consumers face a combination of wallet pressures. Essential categories maintain more stable growth rates, whereas discretionary categories are often dropped from the basket or purchased with reduced frequency.

Nielsen Holdings plc (NYSE: NLSN) is a global performance management company that provides a comprehensive understanding of what consumers Watch and Buy. The Africa Prospects Indicator report comprises information from proprietary Nielsen data and non-proprietary sources on a quarterly basis.