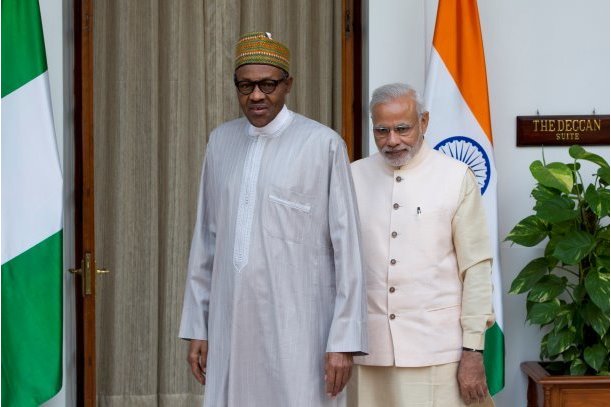 Indian Prime Minister Narendra Modi recently noted that the current India-Africa partnership includes implementation of 180 lines of credit worth $11 billion in over 40 African countries and $600 million in grant assistance.

As India celebrates today the 71st anniversary of its independence from Britain, the Export Credit Guarantee Corporation of India (ECGC) has highlighted the government's recent $10 million investment in the African Trade Insurance Agency (ATI) as part of efforts to strengthen India-Africa partnership.

In a statement released on Thursday by the ATI, the pan-African institution said increasing India-Africa trade ties remains a priority, partly reflecting a shared history and a common vision for the future of both regions.

Indian Prime Minister Narendra Modi recently noted that the current India-Africa partnership includes implementation of 180 lines of credit worth $11 billion in over 40 African countries and $600 million in grant assistance. The volume of India-Africa trade is currently over $62 billion.

India’s investment in ATI positions the Asian country as the first non-African government to become a member of the pan-African and multilateral investment and credit insurer with the expected result of further boosting India’s trade with Africa, according to ATI.

The Asian country's shareholding in the credit insurer will be represented by ECGC, India's export credit agency. ECGC, which insures 32% of India’s exports, has operated in Africa since the 1960s with plans to deepen its engagement in Africa.

“India’s membership in ATI is a landmark development for a symbiotic relationship between the two fastest growing regions in the world,” noted Geetha Muralidhar, Chairman and Managing Director of ECGC. “It is indeed a proud moment to be the first non-African state shareholder of ATI. This partnership will not only give a fillip to the bilateral trade but also will contribute towards development of projects and enhance capacities and skills.”

ATI said the ties between Africa and India were strengthened even more after independence as African countries and India emerged from colonial rule with a determination to develop their regions through an equal partnership.

“We are delighted to welcome the Government of India to the ATI family,” George Otieno, ATI’s Chief Executive Officer, said. “This is a historic initiative that is also important because it underscores the possibilities of South-South cooperation and for developing regions to partner more with each other – drawing on natural synergies to further each other’s development objectives.”

Founded in 2001 by African States, ATI provides cover for trade and investment risks of companies doing business in Africa. It also provides political risk, surety bonds, trade credit insurance and political violence and terrorism and sabotage cover. As of 2016, the credit insurer had supported $35 billion in trade and investments across Africa in sectors such as agribusiness, energy, exports, housing, infrastructure manufacturing, mining and telecommunications.