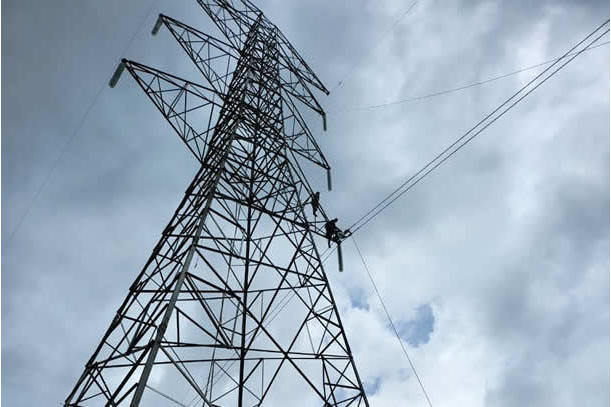 The vandalism and consequent collapse of Tower 104 on 8 April 2022, was responsible for the last system collapse causing over 400MW from the Odukpani Power Plant to be stranded from the grid.

Transmission Company of Nigeria (TCN) has energized the Odukpani–Ikot Ekpene 330kV Double Circuit (DC) transmission lines on 15 May 2022, after completing the re-erection of the vandalized Tower 104 and lines repair.

Following this, the power transmission company that manages the national grid, has commenced the evacuation of over 400MW stranded power generation from Odukpani Power Plant to Port Harcourt Electricity Distribution Company (PHEDC) for onward delivery to Cross River State and its environs.

TCN’s MD/CEO, Sule Abdulaziz, announced the development last month during a meeting with some power stakeholders in his office, in Abuja. According to him, the TCN engineering team and the contractor that handled the reconstruction project, worked tenaciously to re-erect the vandalized tower, they fortified other towers along the same line route whose members were also vandalized, and carried out the restringing of the 330kV double circuit transmission lines. With the completion of the repairs, the Odukpani Power Plant has been reconnected to the grid.

Abdulaziz noted that during the last visit of TCN management to the site of the tower incident on 10 May 2022, to assess the progress of work, it promised to ensure that the project is completed and energized in one week. “We promised to complete and energize the double circuit transmission line in one week from our last visit, to ensure the evacuation of the stranded power from Odukpani Substation and to restore supply to electricity consumers in Cross River State and environs. We have been able to complete and energize the line before the one week we promised”.

The vandalism and consequent collapse of Tower 104 on 8 April 2022, was responsible for the last system collapse causing over 400MW from the Odukpani Power Plant to be stranded from the grid. TCN’s engineers and contractors worked “assiduously for 39 days in a very unfriendly terrain to ensure the restoration of bulk power to PHEDC for onward delivery to electricity customers in Cross River State and environs,” TCN said in a statement sent to Financial Nigeria.

The MD/CEO, again, appealed to Nigerians to work with TCN and security operatives to ensure that the country wins the fight against the vandalism of the national electricity assets, requesting that every community hosting power installation should be more vigilant about activities around transmission towers.