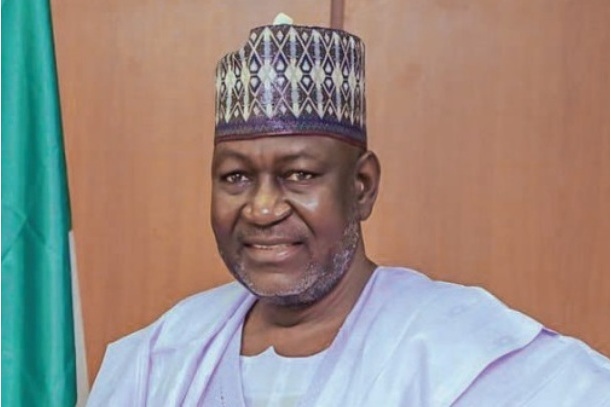 There has never been a time when so many projects were undertaken and completed simultaneously as it is the case in the Nigerian Electricity Supply Industry (NESI) currently.” – Minister of Power Abubakar Aliyu.

The Minister of Power, Abubakar Aliyu, has assured that the six transmission projects being executed under the $170 million loan by the French Development Agency (AFD) will soon be completed and deployed to improve supply of electricity to Nigerians. The minister gave the assurance last November during an inspection tour of the projects, alongside the Managing Director/Chief Executive Officer, Transmission Company of Nigeria (TCN), Sule Abdulaziz.

Speaking to the media at the Wumba Station, Aliyu said the projects, about six of them, combining lines and substations, are at the completion stage of around 90 percent.

“We have started from Gwarimpa, where you saw a brand new Dawaki Substation. That substation will be completed hopefully between this November or December,” the minister said. “These projects … will increase the wheeling capacity of TCN by over 1,000 megawatts.”

He said the projects, including some others across the country, attest to the fact that the loans taken by the federal government are being judiciously used to provide such infrastructure that would positively impact the lives of the people.

While expressing his satisfaction with the quality and pace of work at most of the project sites, Adamu pointed out that his ministry would do everything possible to ensure the projects are delivered at the stipulated time to boost socioeconomic development of the nation’s capital and its environs.

He, however, frowned at what he described as slow pace of work at the Lugbe site. Although acknowledging the fact that there were challenges which had halted operations in the area, chief among which is insecurity, the minister urged the contractor to redouble efforts by putting in extra time and resources to make up for the lost time.

The minister explained that the project was conceived in 2018 as part of the commitment of the President Muhammadu Buhari-led government to bequeath to Nigerians improved and stable power supply.

He urged Nigerians to be patient to reap the benefits of what the government is doing as there has never been a time when so many projects were undertaken and completed simultaneously as it is the case in the Nigerian Electricity Supply Industry (NESI) currently.

The Abuja Ring Project is a green-field project wholly funded by AFD. The project, which will add five transmission substations, 330kV and 132kV transmission lines to Abuja, will on completion add transformer capacity equivalent of 624 megawatts (MW) to the grid when completed.