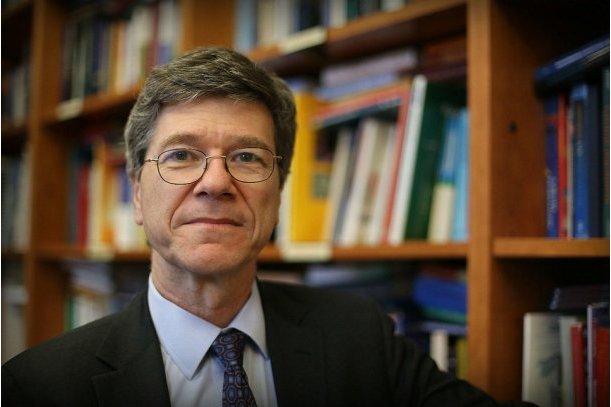 The US and NATO have not spoken publicly about a final diplomatic settlement in Ukraine, and Ukrainian President Volodymyr Zelensky’s government, understandably focused on maintaining national unity, has publicly stated its positions only in somewhat contradictory bits and pieces. But it is time to outline what peace would look like.

On March 7, Russia stated three aims for its invasion of Ukraine: official Ukrainian neutrality, recognition of Russian sovereignty over Crimea, and recognition of the independence of pro-Russian separatist regions in Luhansk and Donetsk. The United States and NATO have not spoken publicly about a final diplomatic settlement, and, with President Volodymyr Zelensky’s government focused on maintaining national unity and armed resistance to Russia, Ukraine has publicly stated its positions only in somewhat contradictory bits and pieces. But Zelensky, in consultation with the US and Europe, which are backing Ukraine’s war-fighting capacity, should formulate and state what a reasonable peace settlement would look like.

Here, in my view, is what Ukraine’s government should say. First, Ukrainian neutrality is not only acceptable but prudent if the negotiated peace settlement offers sufficient security guarantees. Neutrality will help to keep NATO and Russia separated – a positive good for all parties, and for the world. Ukraine can thrive as a non-NATO country, just as Austria, Cyprus, Ireland, Malta, Finland, and Sweden thrive.

But who would guarantee this neutrality? In my view, the UN Security Council should do so, including by the deployment of an international peacekeeping force. Bringing China into this agreement would be stabilizing. China is being harmed by this war, yet agrees with Russia’s opposition to NATO enlargement and opposes similar US-led alliance politics in Asia. China, in my estimation, would therefore support a peace agreement linked to NATO non-enlargement, and would most likely encourage Russia to accept it.

Second, Crimea will be ceded de facto to Russia, but not de jure. Everyone knows the vexed history of this issue, and that Crimea is central to Russian naval power. Ukraine and the West should agree to allow the status quo of Russian control over Crimea to continue, though would likely still claim that the peninsula’s seizure in 2014 was illegal. Crimea would become a “frozen” conflict, like the many others that dot the world, but no longer a casus belli.

Third, Ukraine should agree to autonomy for the breakaway Donbas regions as envisaged in the 2015 Minsk II agreement, while rejecting demands for outright independence. Autonomy was to be incorporated in Ukraine’s constitution by the end of 2015, but the Minsk II agreement was not implemented. Autonomous status can still form the basis for a settlement of the regional issues.

To speed the process to peace and maintain public support in the US and Europe, it is important that the Zelensky government, aligned with the US and Europe, adopt clear and reasonable positions. Yet some pundits and politicians in Kyiv, Washington, Brussels, Warsaw, and elsewhere are arguing vehemently against any deal along the lines suggested here. They urge Ukraine never to submit to demands for neutrality, regarding it as tantamount to surrender. They believe in victory over Putin, not diplomacy – a belief that US President Joe Biden channelled in his recent speech in Warsaw.

That approach is a huge mistake. It invites ongoing war. Biden spoke of “the need to steel ourselves for the long fight ahead.” But a long fight could leave Ukraine in ruins and ignite a much wider war. Instead, by agreeing publicly to neutrality, Ukraine and its backers would help to end the war. The idea that time is on the side of Ukraine is a reckless wager.

It is extremely unlikely that Putin will soon be defeated in Ukraine; Russian forces appear to be tightening their grip on Donbas. Likewise, the belief, perhaps shared by some in the US government, that Putin will soon be overthrown is wild and dangerous speculation, not a basis for policy. Putin has more than enough firepower to destroy Ukraine and much else, and probably enough staying power to see it through. The tiniest fraction of Russia’s nuclear stockpile, if used, would wreck the world for decades to come, and possibly lead to the end of humanity.

Still, some believe that the greater danger lies in compromising with a murderous expansionist adversary. They point to the territorial concessions given to Hitler in 1938, which only encouraged him to grab more. But, unlike the West’s acceptance of Czechoslovakia’s dismemberment at Munich, a diplomatic settlement in Ukraine would not amount to unilateral concessions in the name of peace. It should mean a full Russian withdrawal from Ukraine; a credible guarantee of Ukrainian sovereignty and territorial integrity; and the implementation of autonomy measures for Donbas along lines that were previously agreed. Most important, NATO non-enlargement is not a concession, because NATO’s enlargement to Ukraine should never have been on the table. Removing it could ultimately lead to a much wiser overall security framework for Europe.

Any agreement should also include the means for Ukraine’s postwar recovery. In general, countries (including the US) have not been held accountable for rebuilding what they have brazenly destroyed; but it is a good principle that Russia should pay significantly for Ukraine’s reconstruction. This should not mean reparations per se, but rather Russia’s participation in a multilateral financing mechanism. The International Monetary Fund would be a good place to house such a facility. In the context of the peace deal, Russia should agree to commit some of its frozen foreign reserves as part of the rollback of sanctions. The US and Europe should also recycle some of their new allocation of IMF special drawing rights (the Fund’s reserve asset) to the reconstruction fund.

Neither Ukraine nor NATO should base their policies on the vague and unlikely premise of defeating Russia. Ukraine might well be destroyed before that happens, and if the military prospects really turned against Putin, he might unleash a nuclear war. All of this makes it crucial for Ukraine and NATO to formulate cogent, prudent, and reasonable peace terms now. The sooner such terms are agreed, the more likely we are to avoid the path to World War III.