The most important words Bill Gates wrote in the Goalkeepers Report 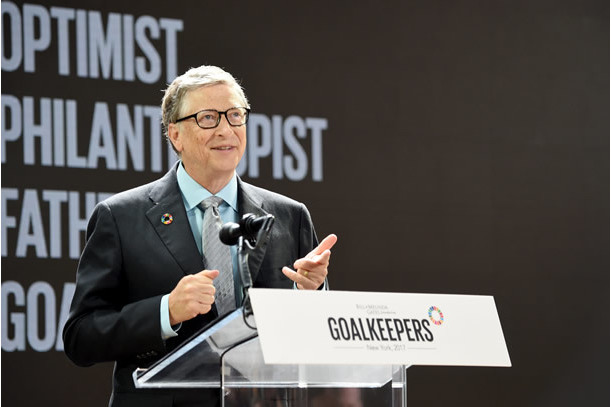 Taiwan's story serves as evidence that aid can work and should, over time, reduce when nations are making progress.

“The goal [of food aid] should not simply be giving more food aid. It should be to ensure no aid is needed in the first place.” – Bill Gates, 2022 Goalkeepers Report (Emphasis Gates’)

In my view, those words in the most recent Goalkeepers report, are the most important Gates wrote in the annual update.

The brilliance of the words is masked in its simplicity.

Gates notes that, as millions of people in low-income countries go hungry, the cumulative spend on food aid from 2005 to 2020 was $57 billion while just $9 billion was spent on agriculture research in the same time period. This vast contrast in spending illustrates that much of the industry is focused on perpetuating the existing system designed to tackle symptoms and not the root cause.

Although Gates’ comments were about food aid in particular, I think the same paradigm-shifting thinking should apply to all aid.

The broader aid industry is no different. In our book, The Prosperity Paradox: How Innovation Can Lift Nations Out of Poverty, my co-authors and I describe how the vast majority of official development assistance (foreign aid) funds conventional development projects – building schools, hospitals, institutional reform initiatives, etc. – target the symptoms of poverty, not the root cause.

This is unfortunate because we have built an industry designed to manage poverty instead of building one that should create prosperity.

For roughly 20 years, the United States and allies spent hundreds of billions of dollars on the country’s development. As Michael Horn and I write in our NBC piece (also published in Financial Nigeria), the plan didn’t work. Although Afghanistan’s development indicators went up from 2000 to 2022, barely two weeks after the United States pulled out of the country, the economy collapsed. Whatever gains Afghanistan made were lost. That’s what happens when you focus on treating symptoms.

Contrast Afghanistan’s situation with that of Taiwan.

In 1949, with a per capita income of just $100, Taiwan was very poor. It had gained its independence from Japan after World War II, but simultaneously lost its largest trading partner — Japan. As such, the tiny island found itself in a politically liberating, but economically precarious, situation. Taiwan, at the time, looked similar to many poor nations today.

From 1950 to 1965, Taiwan received economic aid from the United States. After 15 years however, the small island had weaned itself off aid. Today, Taiwan boasts a GDP per capita (PPP) of more than $71,000, one of the highest in the world.

From the start, the objectives of aid in Taiwan were clear. From 1951 to 1955, it was “economic stability, joint military effort, and improving the country’s capacity for self-support.” After 1955, the dominant goal became “economic development.” From 1960 on, phasing out aid became the primary objective.

Much of the investments went towards infrastructure, agriculture, human resources, and industry. At the time, more than 60 percent of Taiwan engaged in agriculture, so an improvement in agricultural productivity made sense. In addition, investing in industry and infrastructure also helped the small island emerge as an innovation powerhouse.

For example, one of such investments was a $798,000 USAID loan to Taiwanese entrepreneur, Wang Yung-Chin, founder of Formosa Plastics Group. Today, Formosa has grown to become one of the world’s largest plastics companies.

The small island nation’s story serves as evidence that aid can work and should, over time, reduce when nations are making progress. Unfortunately, the reverse is often the case as aid to many nations continues to increase with no end in sight.

The most recent Goalkeepers report is indeed “sobering,” as Gates notes in his email to his subscribers. Much of the data shared shows that the world will not meet most of the UN Sustainable Development Goals. Yet he and Melinda French Gates, with whom he co-authored the report, remain hopeful that transformational progress is possible.

Our research at the Christensen Institute does agree. Progress is possible but will only happen if a paradigm shift in how we tackle poverty occurs. Thankfully, Taiwan’s path to prosperity serves as a blueprint for how to invest aid in low-income countries.