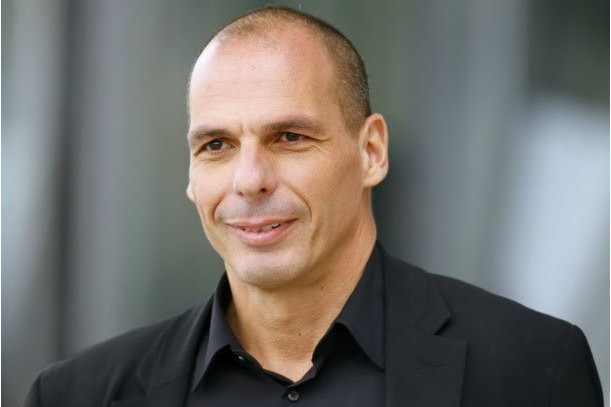 Today, it is the Germans who are facing a wall of condescension, antipathy, and even mockery.

Greeks and other southern Europeans could now be feeling schadenfreude as Germany faces the collapse of its economic model in the face of the Ukraine war and the new cold war with China. But with a democratic Europe in the balance, this is no time to gloat.

It is never easy to wake up to the news that your country’s business model is busted. It is difficult to acknowledge the obvious: that your political leaders had either been deluded or lying to you when they assured you for decades that your hard-earned living standards were safe. That your immediate future now relies on the kindness of foreigners determined to crush you. That the European Union, in which you had placed your trust, had been engaging in a permanent concealment exercise. That your EU partners, to whom you are now appealing for help, look at you as a villain whose comeuppance is long overdue. That economic elites in your country and beyond are seeking novel ways to ensure that your country remains stuck. That you must endure massive, painful changes to ensure that nothing changes.

Greeks know this feeling. We experienced it in our bones in early 2010. Today, it is the Germans who are facing a wall of condescension, antipathy, and even mockery. Ironic as it may seem, no Europeans are better placed than the Greeks to understand that the Germans deserve better; that their current predicament is the result of our collective, European failure; and that no one – least of all the long-suffering Greeks, southern Italians, Spaniards, and Portuguese (the PIGS as we were once called) – benefits from schadenfreude.

The tables have been turned on Germany because its economic model relied on repressed wages, cheap Russian gas, and excellence in mid-tech mechanical engineering – particularly manufacturing cars with internal combustion engines. This resulted in massive trade surpluses during four distinct post-World War II phases: under the US-led Bretton Woods system, which provided fixed exchange rates and market access to Europe, Asia, and the Americas; then, after the collapse of Bretton Woods, when the single European market proved highly lucrative for German exports; again following the introduction of the euro, when vendor financing opened the floodgates for both goods and capital flowing from Germany to Europe’s periphery; and, finally, when China’s hunger for intermediate and final manufacturing products took up the slack after the euro crisis dampened demand for German goods in southern Europe.

Germans are now slowly coming to terms with the demise of their economic model and are beginning to see through the multifaceted Big Lie their elites were repeating for three decades: Fiscal surpluses were not prudence in action, but rather a monumental failure, during the long years of ultra-low interest rates, to invest in clean energy, critical infrastructure, and the two crucial technologies of the future: batteries and artificial intelligence. Germany’s dependence on Russian gas and Chinese demand was never sustainable in the long term; and they are not mere bugs that can be ironed out.

The claim that the German model was compatible with Europe’s monetary union is also being exposed as false. Lacking a fiscal and a political union, the EU was always going to saddle Club Med governments, banks, and corporations with unpayable debts, which eventually would force the European Central Bank to choose between letting the euro die and embarking upon a permanent bankruptcy-concealment project.

Germans are realizing this today as they observe a hamstrung ECB which is damned if it raises interest rates substantially (causing Italy and others to implode) and damned if it doesn’t (allowing runaway inflation). While it never should have been the ECB’s job to save the euro from its flawed foundations, Germans can see that their politicians lied to them that their economic model could survive the 2008 crisis as long as other eurozone countries practiced enough austerity. They are also coming to understand that their leaders’ stimulus-phobia led to permanent socialism for the southern European oligarchs, the Franco-German bankers, and various zombified corporations.

Once upon a time, those of us who criticized the notion that every eurozone country should become like Germany objected that the German model worked only because no one else had adopted it. Today, with the end of cheap gas and America’s new cold war with China, the German model is kaput even for Germany. Yes, German exports will rebound, aided by the low value of the euro. Volkswagen will sell a lot more electric cars once supply chains are restored. BASF will bounce back, once energy supplies are secured. What will not return is the German model: A large chunk of Volkswagen’s revenues will go to China, whence the battery technologies come, and mountains of value will shift from the chemical industry to AI-related sectors.

Some German friends are pinning their hopes on the falling euro to restore the German model to health. It won’t. Low-savings countries with a structural trade deficit, like Greece or Ghana, do benefit from devaluation. High-savings countries with a structural trade surplus, do not – all that happens is that poorer domestic consumers subsidize richer exporters, which is precisely the opposite of what the German social economy needs.

My message to German friends is simple: Quit mourning. Cut through the denial, anger, bargaining, and depression, and start designing a new economic model. Unlike Greeks, you still have enough sovereignty to do so without the permission of creditors.

But first, you must resolve a critical political dilemma: Do you want Germany to retain political and fiscal sovereignty? If so, your new model will never work within this eurozone of ours. If you do not want to go back to the Deutsche Mark, you need a model embedded within a full-fledged, democratic European federation. Anything else will continue the Big Lie with which you are now painfully coming to terms.

Yanis Varoufakis, a former finance minister of Greece, is leader of the MeRA25 party and Professor of Economics at the University of Athens.