Prisoners, poverty, and prosperity: a plea to ask better questions 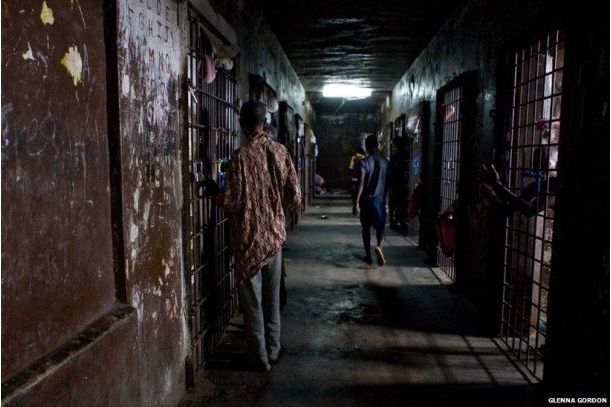 Asking a question like whether or not giving a large tradeable asset to poor people will affect poverty is akin to asking whether giving medicine to sick people will help them.

I recently came across an article about the state of Liberia’s prisons. It was painful to read.

Prisons lack basic things, such as food, adequate living spaces, and proper clothing. Some prisoners are fed just once a day; three times as many people are crammed into spaces initially built for far fewer; and the newest prison uniforms were “supplied by the United Nations more than 10 years ago.” There was no talk of the sanitation facilities, but the article stated that rooms smell like sewage.

The situation is so horrid that the person in charge of one of the prisons called the overcrowding a “human rights violation.”

If not for some donations, the situation would be much worse. Unfortunately, this isn’t a recent occurrence.

In September 2011, the BBC reported on “life inside Liberia’s archaic jails” and the situation was already dire. Since then, the conditions have only worsened as the number of prisoners has increased.

What’s particularly painful is that most of the prisoners have not been convicted of their crimes. And so, you have a situation where thousands of “innocent” people are being subject to inhumane conditions.

Before I read the article on Liberia’s prisons, I had never thought about prisoners as a part of the people living in poverty. But aren’t they? Are prisoners in poor countries not the least of the poor?

As I’ve reflected on this, I’m more convinced than ever that there is a fundamental problem in the way poverty research is conducted. Too many studies are focused on alleviating poverty and not enough are focused on creating lasting prosperity.

For example, in December 2021, I read a paper published by a few influential economists. The question the researchers sought to answer was, “Do big push programs affect poverty in the long-run?” In other words, if we give a bunch of poor people a “large” tradable asset (money, goats, cows, etc.), will it affect poverty in the long-run (10 years)? They found that it helped, “in this setting.”

However, asking a question like whether or not giving a large tradeable asset to poor people will affect poverty is akin to asking whether giving medicine to sick people will help them. Medicines work. But we also know that many medicines often treat symptoms and not the root cause of an illness.

Just like medicines, money works. It does improve peoples’ lives up to a point. So, we shouldn’t be asking “does giving money work?” Instead, we should be asking, “how can we create a system that generates enough money so that people no longer live in poverty?”

The answer to that question not only directly tackles the poverty problem, but it also begins to solve the prison problem.

Our research is guided by two simple questions: What is the causal mechanism behind prosperity? And how can we foster it in poor countries? We have found that market-creating innovations not only lift people out of poverty, but also catapults them to prosperity. These innovations transform complicated and expensive products into simple and affordable ones so more people in society can access them.

A current example of this is the proliferation of mobile phones all across Africa. Today, the sector supports close to one billion mobile phone subscriptions, employs millions of people, and provides billions of dollars in taxes to governments.

Market-creating innovations are unique in their impact because they have the following results. First, they create new jobs to make, market, distribute, and sell the products to the vast new market.

Second, the profits from the innovations generate a new source of tax revenue for governments. These profits can be used to build infrastructure and develop institutions, like better prisons.

And third, as other innovators join the new market and see first-hand the benefits of targeting nonconsumers, a culture of innovation and entrepreneurship ensues, creating a virtuous cycle that leads to more innovation.

History has shown that this process not only eradicated poverty in many of today’s wealthy countries, but it also helped them develop a foundation for widespread prosperity.

Focusing on creating prosperity however, through investments in market-creating innovation, can both solve the basic and more complex problems of poverty.