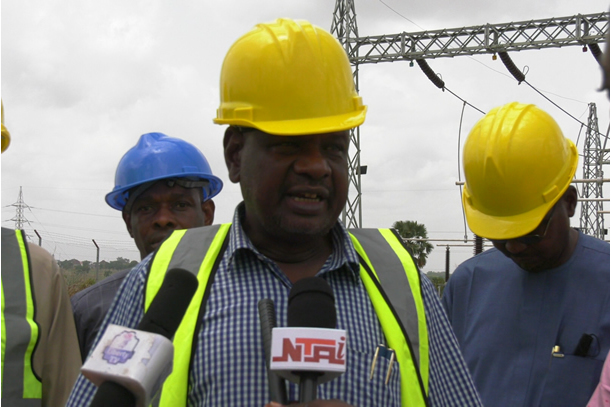 0 Comments
MD/CEO, Transmission Company of Nigeria, Sule Ahmed Abdulaziz during a tour of the Kaduna Region of TCN in May 2022

The Kaduna Regional Office of the Transmission Company of Nigeria (TCN) is located along Kaduna Airport Road, in the Mando area of Kaduna Metropolis. The Region covers Kaduna, Zamfara, and Kebbi states, and a part of Niamey in Niger Republic.

With the growing population and increasing demand for power supply in Kaduna State and environs, a 150MVA 330/132/33kV transformer was installed in 2018 under the administration of President Muhammadu Buhari, GCFR, to bring the total capacity of the Mando Transmission substation to 690MVA.

The Kaduna Region is jointly managed by the Regional Transmission Manager, Aminu Haruna under the Transmission Service Provider (TSP) Unit and Regional Operations Manager, Akanle. S. Olusola under the Independent System Operators (ISO) Unit of TCN. The Region has a combined staff strength of two hundred and seventy-two (272) persons.

Transmission installations including substations, towers, and lines in the Kaduna Region have undergone a series of upgrades to meet the ever-increasing demand of the rapidly growing population of Kaduna, Zamfara, and Kebbi states.

TCN has completed a number of projects in the Kaduna Region recently. These include:

- The reconductoring of 132kV double circuit Mando-Kaduna Town T/S to increase its wheeling capacity from 120MW to 240MW.

TCN has a lot of projects that are still ongoing in the Kaduna Region to boost wheeling capacity. These projects include: 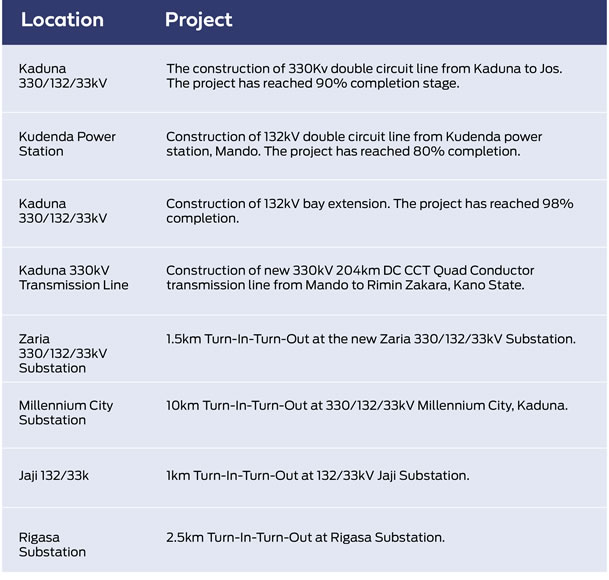 There are several cases of encroachment on transmission lines Right of Way (RoW) in areas such as Barakallahu, Rigasa, and many other communities within the Region. This has continued despite several meetings with community leaders to draw attention to the inherent dangers of erecting structures under high tension power lines.

Most of the culprits claim to be the owners of the land while others simply say that they have nowhere else to go. This is in spite of the fact that community leaders and original landowners were adequately compensated before the erection of transmission structures on the affected areas.