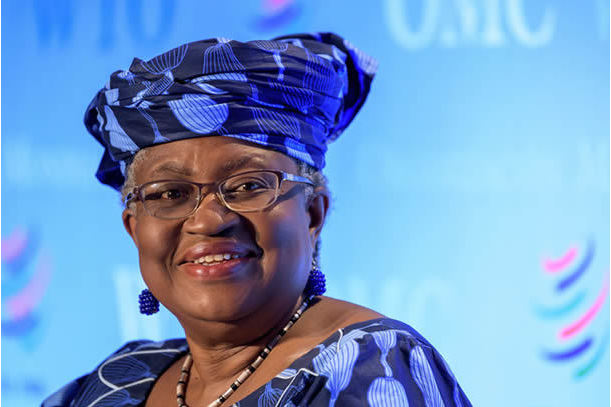 Summary: In addition to getting food from where it is abundant to where it is needed, trade supports jobs, livelihoods, and incomes. But too often, international markets for food and agriculture function poorly, owing to trade-distorting subsidies and high levels of protection – two problems that have worsened in recent years.

Between rising hunger and the prospect of still more supply shortages, dark clouds are hovering over the global food system. Not only has the war in Ukraine limited access to, and raised prices for, food and fertilizer, but extreme weather events are disrupting production, and economic downturns have diminished people’s ability to afford adequate and nutritious diets. Climate change is fuelling droughts and exacerbating water scarcity, adding to the list of threats facing agricultural production.

Progress in tackling hunger and malnutrition was already stalling before the COVID-19 pandemic. Now, the World Food Program estimates that the number of people facing, or at risk of, acute food insecurity (defined as those who “lack regular access to enough safe and nutritious food for normal growth and development and an active and healthy life”) has increased by more than 200 million since 2019. Key global objectives like the second United Nations Sustainable Development Goal – which commits countries to end hunger by 2030, and to improve nutrition and promote sustainable agriculture – are significantly off track.

Trade is vital for achieving food security, as the World Trade Organization’s 164 members emphasized at our 12th ministerial conference (MC12) this past June. Apart from its basic role as a conveyor belt for getting food from where it is abundant to where it is needed, trade supports jobs, livelihoods, and incomes. It is a key factor in the sustainable and efficient use of scarce global resources.

But all too often, international markets for food and agriculture function poorly, owing to problems like trade-distorting subsidies and high levels of protection. In many regions, persistent underinvestment in research, extension services, and market-linking infrastructure has led to low and stagnating agricultural productivity. Crop yields across much of Africa are particularly small, and have not matched the increases achieved in other developing regions.

WTO members have taken some important steps to address these problems. In 2015, they agreed to eliminate agricultural export subsidies – payments that cover the difference between domestic costs and international market prices – which are widely seen to distort production and harm farmers in other countries. The use of such subsidies has fallen dramatically, from almost $7 billion in 1999 to under $12 million in 2020. But OECD data show that total public support to the farm sector in 54 advanced economies and 11 major emerging markets reached $817 billion in 2019-21. And only $207 billion of that was for general services such as research, training, or payments to consumers.

Other support programs frequently incentivize unsustainable production and consumption patterns and undermine fair competition in global markets. While average tariffs on agricultural products were around 6% in 2020, many countries maintained prohibitively high tariffs on certain products, with peaks reaching 1,000%.

At the beginning of this year, food prices had already reached high levels compared to recent years, and international agencies had begun to warn of growing hunger. Then the war in Ukraine made the situation much worse. Prices spiked to record highs, and WTO monitoring found that many governments responded by restricting food exports, potentially easing strains at home but exacerbating shortages elsewhere in the world.

Against this backdrop, the multilateral cooperation that we saw at MC12 in June was most welcome. WTO members collectively committed to exempt World Food Program humanitarian purchases from export restrictions – saving the agency time and money in providing relief to millions of vulnerable people. They pledged to keep agri-food trade open, and to minimize the trade distortions resulting from emergency measures. And they agreed on a binding accord to curtail $22 billion in annual public spending on harmful fisheries subsidies, which will contribute to food security and livelihoods by improving the health of marine habitats.

But over the past month, export restrictions on food, feed, and fertilizers have ticked back up, reversing the earlier downward trend. The total number of such measures introduced since February – and still in force – is now up to 52. The WTO is working hard through monitoring, transparency, and jawboning to bring this number down, but it remains a cause of global concern.

Ensuring that trade contributes to a more sustainable and equitable global food system will require greater efforts to align trade, environmental, and food policies. A holistic approach to managing how food is produced, distributed, and consumed is necessary to maintain sufficient supply, address climate and other environmental risks, ensure sustainable land use, and manage scarce water resources. A long-overdue update of the WTO rulebook for agricultural trade is needed more urgently than ever, because we need to create a better incentive framework for investment in the sector.

To find solutions to growing food insecurity, we must expand the dialogue and explore the systemic drivers of the problem. With a stronger evidence base, WTO members will have a better understanding of how trade can be used to the fullest possible extent to enhance access to food for everyone.

Ngozi Okonjo-Iweala, Director-General of the World Trade Organization, is a former managing director at the World Bank, finance minister of Nigeria, board chair of Gavi, the Vaccine Alliance, and African Union special envoy on COVID-19. She is a distinguished fellow at the Brookings Institution, a Global Public Leader at Harvard University's John F. Kennedy School of Government, and a co-chair of the Global Commission on the Economics of Water. Copyright: Project Syndicate.