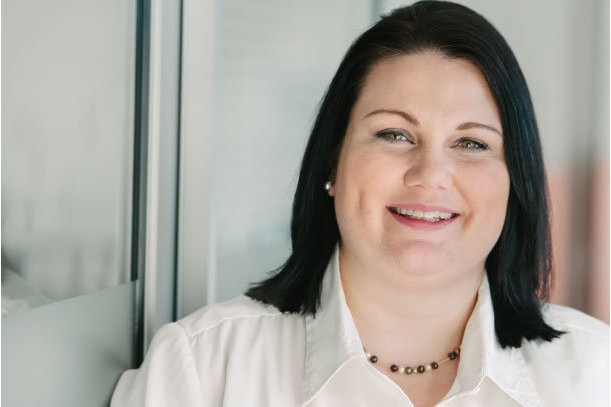 The use of cryptocurrencies can significantly reduce, if not eliminate, the high transaction costs of remittance payments, encouraging further capital flows to African countries most in need.

Cryptocurrency, or simply put, digital currency that uses cryptography as security, and blockchain, the technology it runs on, provide opportunities to reach Sub Saharan Africa’s largely unbanked population – a number that stood at 326 million adults in 2011 according to the World Bank.

Currently, there are many different cryptocurrencies with Bitcoin being the most well-known. During the first half of 2017, Bitcoin’s average number of daily transactions totalled 288,953 -- up 182% over the same period two years ago. Despite its growth, this number still pales in comparison to Visa’s 150 million daily transactions, but the evidence is there that cryptocurrency could soon prove a force to be reckoned with. Bitcoin’s total market cap was $40bn as at July 2017, up from $15bn in January.

Cryptocurrency appears to be facing its first real test in the form of differences in opinion on the technology that Bitcoin runs on. However, proof that cryptocurrency is being viewed more seriously as a true alternative to fiat currency is the plan by South Africa’s Reserve Bank to trial regulations around cryptocurrencies. But, with the continent’s economies struggling with pervasive uncertainty, is this highly-speculated new technology really the promised solution?

African countries are arguably more suited for blockchain and cryptocurrency adoption than many of the more developed Western countries. A primary reason is that hard currencies of developed countries already satisfy the needs of most of their citizens, in contrast to many African currencies and payment systems, which fall well short.

A key example is remittance payments. These are a vital source of income for a number of African countries, with the average migrant supporting between 10 to 100 people, according to the World Bank. Nigeria is Africa’s largest receiver with an estimated USD 19bn in receipts, followed closely by Egypt with USD 16.5bn. The use of cryptocurrencies can significantly reduce, if not eliminate, the high transaction costs of remittance payments, encouraging further capital flows to African countries most in need.

Africa’s leading Bitcoin start-up BitPesa has already proved this to be true. Founded in Kenya, BitPesa provides an online platform to convert digital currency such as Bitcoin into local African currencies. Its chief executive, Elizabeth Rossiello, has claimed that Bitcoin-based remittance services have reduced the costs of international payments by 75%, and reduced the average time of settlement from 12 days to approximately 12 hours.

Newer blockchains, most notably Ethereum, have diversified the use of its distributed ledger, which provides an account of all transactions, by making it completely programmable. Apart from record-keeping, it now allows for the use of processing documents. Technology like Ethereum can revolutionise land ownership in Africa through the creation of virtual land and property registers, through securing properties with private contracts, written in a public form and protected by strong encryption technologies. One such initiative is Bitland in Ghana, which seeks to give African land titles the creditability they currently lack. A titled property encourages lending by having a legitimate asset as collateral, resulting in more money for start-ups, education, investment and other essentials in Africa.

Another use of blockchain technology with huge potential in an African context is e-voting that could see a move toward transparent elections, free from the widespread allegations of corruption often associated with them. A recent successful pilot project in Estonia, allowing shareholders to vote at an AGM, highlighted this potential. Bringing this idea closer to a reality, students from 19 universities in the US and UK participated in a cybersecurity case study competition, hosted by The Economist’s Which MBA? website, looking at creating blockchain technology for securing digital voting systems.

Access to the internet is key to using blockchain technology. This is especially a challenge in Africa where internet access is estimated to be at between 20%-30%. However, with Kenya leading the continent on internet access and home to BitPesa, there are African countries that are able to implement this technology already.

New technology often adapts faster than the legislation governing it; think of the legislative hurdles that Uber and Airbnb have to negotiate. Blockchain-based companies operating on a pan-African basis will have to comply with different regulations between both countries and regions, as well as deal with governments’ attitudes towards it. In Africa, where regulators are unpredictable in their application of the law at the best of times, lawmakers will need to embrace this technology and be proactive about creating clear and well-defined legislation that will allow this technology to flourish.

Despite the hurdles, the benefits of cryptocurrencies and blockchain technology in Africa should see more companies find increasingly creative solutions to the continent’s challenges. As listed above, there are already many blockchain developments in the pipeline and the continent is poised to benefit greatly.