CBN defends its ban on cryptocurrencies 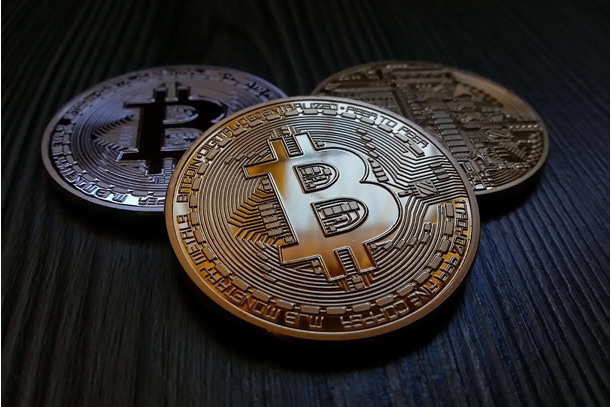 The UK and other countries like Canada and Australia have moved to regulate e-currencies under their anti-money laundering and counter-terrorism financing (AML/CTF) laws.

Following backlashes to the Central Bank of Nigeria's (CBN) announcement on Friday prohibiting banks and other financial institutions from carrying out transactions in cryptocurrencies or facilitating payments for crypto exchanges, the apex bank released a statement on Sunday justifying its action.

The CBN said the use of cryptocurrencies in Nigeria are a direct contravention of existing law, stating that digital currencies or electronic money are issued by unregulated and unlicensed entities. The reserve bank said last week's regulatory directive on cryptocurrencies was not a new policy but a reminder to Deposit Money Banks (DMBs) of a previous directive as far back as 2017 against using, holding or transacting in virtual currencies. The directive warned financial institutions against the use of cryptocurrencies because they are largely untraceable and anonymous, making them susceptible to abuse by criminals.

According to the CBN, the anonymity that patrons and users of cryptocurrencies seek to maintain raises questions about the legality of their transactions. The bank's statement, signed by Osita Nwanisobi, Acting Director of Corporate Communications, said, "It is on the basis of this opacity that cryptocurrencies have become well-suited for conducting many illegal activities including money laundering, terrorism financing, purchase of small arms and light weapons, and tax evasion."

Some analysts have, however, observed that virtual currencies like Bitcoin do not actually provide complete privacy. For instance, crypto wallets, which are similar to bank accounts, can leave digital footprints of users. Hence, they can be tracked by authorities.

The CBN also argued that some cryptocurrencies are widely used as speculative assets rather than as means of payment. The bank said this explains the extreme volatility in price movements of cryptoassets. Hence, it has become necessary to protect the financial system and the generality of Nigerians, including the youth, from the risks inherent in cryptoasset transactions.

To exemplify the volatility of cryptocurrencies, the CBN cited the sharp drop in the price of bitcoin, the world's largest cryptocurrency by market capitalisation, which fell by $13,200 from a record high of $42,000 per unit on January 8, 2021, to $28,800 about two weeks later. The digital currency has since recovered some lost ground. As of 11 a.m. Nigeria time today, bitcoin was trading at $39,252 per unit, according to data on Coin Dance – an online platform providing Bitcoin statistics and services.

The CBN said its position on cryptocurrencies is not different from that of many other central banks, including those of China, Canada, Taiwan, Indonesia, Algeria, Egypt, Morocco, Bolivia, and Saudi Arabia that have all placed certain levels of restriction on financial institutions facilitating cryptocurrency transactions. The bank also said there is a critical difference between a central bank-issued digital currencies (CBDCs) and cryptocurrencies.

According to a new International Monetary Fund (IMF) staff paper, an increasing number of central banks are making substantial progress towards having an official digital currency. Per the study, 40 central banks (23 per cent of the world's reserve banks) already have legal frameworks for issuing CBDCs.

Cryptocurrencies are bought or sold on exchange platforms using conventional money. The exchange platforms are "decentralised" and generally not regulated, unlike centralised fiat currencies. The significant price volatility in cryptoassets and the difficulties in reliably valuing the assets places consumers at a high risk of losses, according to the United Kingdom’s Financial Conduct Authority (FCA), a financial services regulator in the country.

The FCA recently banned the sale of cryptocurrency to retail clients from January 2021, saying “retail consumers can’t reliably assess the value and risks of derivatives like contracts for differences (CFD’s), futures, options and exchange traded notes (ETNs) that reference certain cryptoassets.” Apart from the significant market volatility and the prevalence of market abuse, the UK regulator cited the need to protect consumers, especially those with inadequate understanding of cryptoassets.

Critics of the CBN’s directive have argued for the need to regulate cryptocurrencies in the country as opposed to restricting the use of the technology. Nigerians are among the largest users of digital currencies in the world. A report sent to Financial Nigeria last December by Paxful, a peer-to-peer bitcoin marketplace, shows Nigeria as the world's second-largest bitcoin trader after the United States. Between 2015-2020, Nigeria traded bitcoins worth more than $566 million.

The UK and other countries like Canada and Australia have moved to regulate e-currencies under their anti-money laundering and counter-terrorism financing (AML/CTF) laws. In 2014, Canada became the first country to regulate cryptocurrencies under its AML/CTF laws.

To protect UK users, the FCA advised consumers to make sure they understand what they’re investing in, the risks associated with investing, and any regulatory protections that apply. Cryptoasset companies that are registered with the FCA are allowed to carry out their business without interference.  Consumers are asked to ensure the firms they are using are duly registered with the FCA.

On its part, the CBN has completely banned banks and other financial institutions from dealing in cryptocurrency or facilitating payments for cryptocurrency exchanges. The apex bank, however, noted that its actions are not designed to stifle the development of the Nigerian fintech or a technology-driven payment system. According to the bank, its regulatory framework paved the way for the innovations in the payment system.

The apex bank said advancements in the payments and settlements space has "helped to grow the financial system, improving financial inclusion, the quality and convenience of financial services and has also created millions of direct and indirect jobs for teeming youth population."