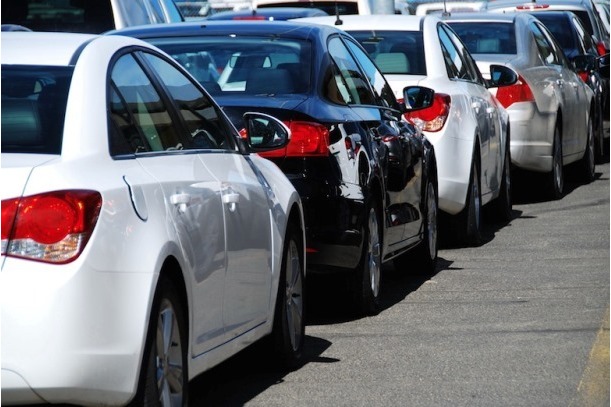 - Nigeria has double-digit automotive growth rate with volume forecast to reach 260,000 units in 2027.

0 Comments
A fleet of cars

A new analysis by IHS Automotive, a leading source of information, insight and analytics in critical areas of the automotive industry, suggests significant growth opportunities in Africa – the continent considered the industry’s “Final Automotive Frontier.”

Economic development, investment in infrastructure, foreign direct investment, and regional integration are some key factors driving the growth according to findings by IHS Automotive, which provides expertise and predictive insight across the entire automotive value chain from product inception—across design and production – to the sales and marketing efforts used to maximize potential in the marketplace.

Several African governments led by South Africa and followed by countries in North Africa are developing automotive industry development plans in an attempt to spur employment and economic expansion. Finally, the majority of African countries are looking to restrict or ban used vehicle imports of a certain age that fail to pass basic safety and environmental standards tests. This development is expected to result in significant opportunity for auto sales in the region.

“From a light vehicle perspective, just a couple of countries in Africa are expected to see double-digit annual growth by 2027,” said Walt Madeira, senior analyst, light vehicle sales forecast at IHS Automotive. “While volumes continue to be small in most countries, Nigeria is a notable exception with a double-digit growth rate and volume forecast to about 260,000 units in 2027,” Madeira said.

So far, South Africa has ranked as the single biggest market on the continent, according to IHS Automotive analysis. That continues to be the case. In terms of current market size, South Africa leads, with Algeria close behind, both with more than a half million vehicles sold annually by 2027.

“We expect South Africa´s share of the market in Africa to gradually decrease from almost 40 percent in 2011 to 32 percent in 2027, as other countries including Nigeria and Angola are showing more pronounced growth,” the HIS senior analyst said.

For medium/heavy trucks and buses, there is a slightly different picture in terms of market growth, according to IHS Automotive analysis, with Kenya joining the leadership ranks by volume of new vehicles expected to be sold.

“Kenya is expected to show the most pronounced growth among African countries, quadrupling in size between 2012 and 2027,” said Andrej Divis, global director, commercial vehicle forecasting at IHS Automotive. “With that, Kenya will round out the top three markets in terms of annual volume, joining Algeria and South Africa,” he said.

The new IHS Automotive forecasts for Africa seek to provide insight and guidance, inform key business decisions and investment, and offer a level of forward-looking intelligence on growth potential on key African markets that has been unavailable up to now.

Updates to the light vehicle forecast will be available on a semi-annual basis. The forecast for medium- and heavy- commercial vehicles will be updated once per year.