Adapting to the new world of work 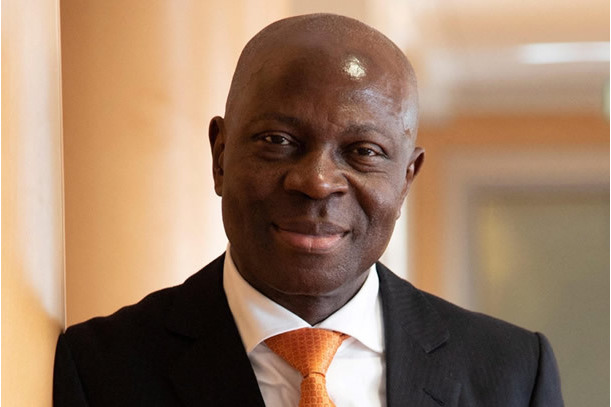 Founded in 1919, the International Labour Organisation (ILO) has for over a century worked to promote social and economic justice by setting international labour standards. It is one of the oldest specialised agencies of the United Nations and today has 187 member states. The ILO has a unique tripartite structure, involving representatives of governments, employers, and workers in all its discussions and policies.

Over the last few decades, as the world of work has become more complex, the organisation has found it necessary to adapt to take in new realities and responsibilities. And in the last 10 years, Guy Ryder, my predecessor as Director-General, instituted a series of important initiatives to keep the institution on track with the seismic changes, many brought about by the astonishing progress in information technology, with the potential of win-win for all the stakeholders.

The past seven years have been characterised by a series of global crises – the economic recession and “earnings recession” of 2016-2017; the Covid-19 pandemic, its attendant lockdown, and short-lived recession; the conflict in Ukraine; and inflationary impact of the current energy and food supplies shocks.

The inflation crisis, following quickly the reopening of economies after the pandemic lockdown, appear to have scuppered the post-pandemic economic rebound. As central banks respond to unsustainable price increases, they have been raising interest rates, with the effect of cooling effective demand. In fact, according to the IMF’s three-year (2021-2023) forecast, the best period for global growth since the outbreak of the pandemic may already be behind us, at the end of 2021.

Despite the lived experience, it may still be unimaginable the stress that workers faced to keep local economies and global supply chains rebooted after the shutdown stage of the pandemic. The cost-of-living crisis that has now come in tow is simply horrifying. But, fortunately, workers everywhere remain resilient and ready to support the risk-taking by employers and investors as well as the persistence of policymakers to restore normalcy. But workers are the real heroes.

Nevertheless, stress and strain in the labour market may persist. Indeed, the current issues, which hopefully would be transient in nature, distract from the more permanent labour market transition. Before the outbreak of the pandemic, the impact of hyper connectivity and digitalisation was already receiving the attention of policymakers. The likelihood of a large-scale displacement of human labour by machines and computers had generated well-founded fears of loss of employment on the one hand and had also caused governments to worry over how to tax unpaid robots doing the work once done by humans, on the other.

While these concerns are tenable, the benefits of digitalization, especially decentralisation, greater flexibility, more transparency and accountability cannot be overemphasised. But the benefits would even be more equitable when targeted investments are channelled into building infrastructure, extending connectivity and improving technology access. This will accelerate bridging the digital gap for both enterprises and workers and, importantly help advance social justice.

These issues are in the domains of ILO’s tripartite stakeholders in labour relations. As the principal global organisation providing a platform for the stakeholders to come together, the institution will play a central role in tackling the issues.

What is required is a penetrating insight that will unify the otherwise divergent interests of the stakeholders. This doesn’t have to be something new in principle. It essentially entails the restructuring and overhauling of existing rules and practices to adapt to the emerging future of work.

What is increasingly clear is that social justice must continue to underpin labour practices, and advances made by many countries in this regard must continue to gain ground. For instance, far more women now participate in the formal labour market compared to two decades ago. Also, gender gap in compensation has been closing as the idea of equal pay for equal work is increasingly accepted as socially equitable.

Just as encouraging is the progress that has also been made in combating forced labour or ‘modern day slavery’, child labour, and human trafficking. Strides have also been made in ensuring that workplaces are safe environments.

However, while a great deal has been achieved, progress has not been even around the world and the rate of change remains unacceptably slow. According to the World Economic Forum’s Gender Gap Report 2021, it will take another 267.6 years to close the global gender gap in economic participation and opportunity. That is too long time to wait. We must all work together to accelerate progress.

Our understanding of social justice also needs to broaden. For instance, environmental and social risks are mutually reinforcing. As we have seen from the recent massive floods in Pakistan or the severe drought in the Horn of Africa, these climate-induced catastrophes also caused social cohesion to rupture. And while high carbon emissions from the industrialised countries are principally responsible for global warming, it is the world’s poor, concentrated in the developing countries, that bear the harshest brunt of climate shocks because of lack of capacity for adaptation.

The interrelationship between social and environmental risks requires building broader stake-holding to manage the risks in communities and mitigate their negative impact on the welfare of workers. It is just as clear that more global cooperation is required to address these challenges.

It is time to rewrite the rules underpinning the new world of work. For example, workers need to be equipped with digital tools and knowhow for labour market inclusivity. During the lockdown, most workplaces moved from offices and shops to homes. Whereas working from offsite locations was not new, its widespread adoption during the lockdown was. But many workers around the world who lacked digital skills – often because of lack of access to training and tools – lost their jobs.

Another issue that requires urgent attention of stakeholders is non-gender-based discrimination in compensation. Compensation based on whether the worker is of ‘white’ or ‘blue’ collar is no longer acceptable – it has to reflect the value of the labour supplied in the entire value chain of production and distribution of products. The real value of labour supplied by so-called blue-collar workers has recently been underscored, but because they embarked on – or threaten – industrial action. Many countries have responded under duress. But a new compensation regime must come in an orderly fashion, through collective bargaining or institution of universal basic income.

It is in the interest of ILO’s tripartite that they embrace the process of overhauling the legal and regulatory framework for labour relations and workplace practices. Facilitating the process will be a matter of priority for me at my new my duty post from October. We must unshackle labour to unleash its full potential to achieve inclusive prosperity for all people in all countries.

Gilbert Houngbo is the Director-General-elect of the International Labour Organization.