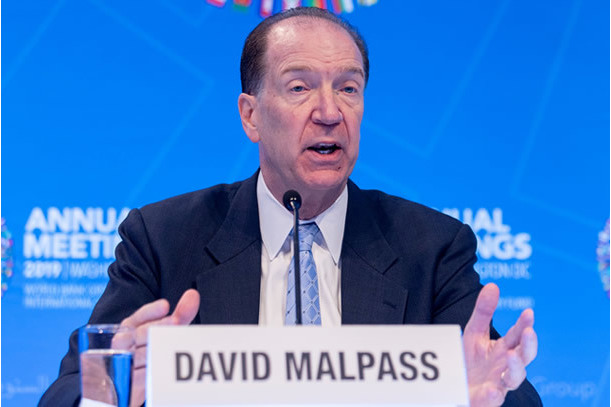 The World Bank on Thursday announced it would suspend the Doing Business (DB) report in order to address some irregularities that have been reported regarding changes to the data in the 2018 and 2020 reports. The bank said the changes in the data were inconsistent with the methodology of the report, which ranks economies on their ease of doing business.

The integrity of the DB reports has been called into question in recent years. Among the most notable critics of the reports was Paul Romer, a former World Bank’s Chief Economist, who in 2018 said he had lost faith in the integrity of the DB index and subsequently resigned from the bank. He and other experts suggested the index was being politically manipulated.

The bank said over the 17 years of its existence, the DB report has been a valued tool for countries seeking to measure costs of doing business. A high ease of doing business ranking means the business environment in the country is more conducive to start and operate a local firm. The report is regarded as the World Bank’s most popular publication.

"The integrity and impartiality of our data and analysis is paramount," the World Bank said yesterday in a statement, adding it would immediately suspend the report to conduct a review and assessment of data changes.

The bank also said it would perform an independent audit of the processes for data collection and act based on the findings. It would retroactively correct the data of countries that were most affected by the irregularities.

In a statement sent to Financial Nigeria, the Center for Global Development (CGD), a Washington DC-based independent research institution, said Justin Sandefur, a senior fellow at CGD has been following developments on the DB closely for years. In 2018, he found that while India was celebrating a rapid rise in the DB rankings, the much-touted jump came from methodological changes rather than due to changes in the business environment in the country.

After Sandefur recalculated the rankings using a fixed methodology, he found that Chile and several other countries saw major year-to-year rises that didn’t reflect actual changes in their respective business environment. Another contention by the CGD’s senior fellow has been on the DB tax indicators. For instance, he said the target corporate tax rate of below 26.1 per cent of profits set in the DB index is too low and not many countries can afford it. Those that can afford the tax rate are mostly oil exporters and tax havens.

“It’s time to scrap Doing Business," Sandefur noted. "Its whole ideological premise is outdated and at odds with the World Bank’s real work. And signs keep emerging of even deeper rot within the project. The World Bank does lots of other rigorous, balanced research, where the staff time and money devoted to Doing Business could be better spent.”

Since 2017, the administration of President Muhammadu Buhari has been implementing the National Action Plans on Ease of Doing Business. Among the aims of the plans is to, “remove critical bottlenecks and bureaucratic constraints to doing business in Nigeria” and “move Nigeria 20 steps upwards in the World Bank Ease of Doing Business Index.”

The World Bank said its Board of Executive Directors has been briefed on the situation as have the authorities of the countries that were most affected by the data irregularities.