The return of public investment 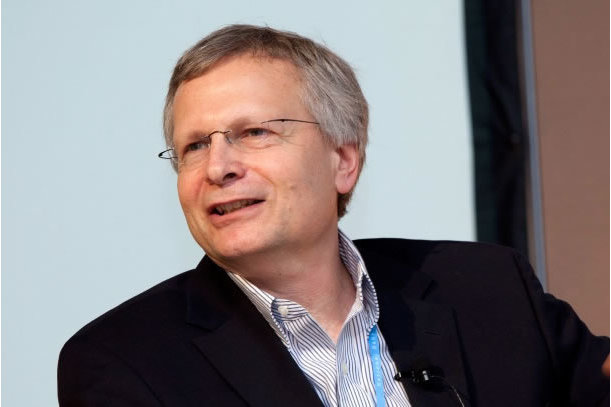 If one looks at the countries that, despite strengthening global economic headwinds, are still growing very rapidly, one will find public investment is doing a lot of the work.

The idea that public investment in infrastructure – roads, dams, power plants, and so forth – is an indispensable driver of economic growth has always held powerful sway over the minds of policymakers in poor countries. It also lay behind early development assistance programmes following World War II, when the World Bank and bilateral donors funneled resources to newly independent countries to finance large-scale projects. And it motivates the new China-led Asian Infrastructure Investment Bank (AIIB), which aims to fill the region's supposed $8 trillion infrastructure gap.

But this kind of public-investment-driven growth model – often derisively called “capital fundamentalism” – has long been out of fashion among development experts. Since the 1970s, economists have been advising policymakers to de-emphasize the public sector, physical capital, and infrastructure, and to prioritize private markets, human capital (skills and training), and reforms in governance and institutions. From all appearances, development strategies have been transformed wholesale as a result.

It may be time to reconsider that change. If one looks at the countries that, despite strengthening global economic headwinds, are still growing very rapidly, one will find public investment is doing a lot of the work.

In Africa, Ethiopia is the most astounding success story of the last decade. Its economy has grown at an average annual rate exceeding 10% since 2004, which has translated into significant poverty reduction and improved health outcomes. The country is resource-poor and did not benefit from commodity booms, unlike many of its continental peers. Nor did economic liberalization and structural reforms of the type typically recommended by the World Bank and other donors play much of a role.

Rapid growth was the result, instead, of a massive increase in public investment, from 5% of GDP in the early 1990s to 19% in 2011 – the third highest rate in the world. The Ethiopian government went on a spending spree, building roads, railways, power plants, and an agricultural extension system that significantly enhanced productivity in rural areas, where most of the poor reside. Expenditures were financed partly by foreign aid and partly by heterodox policies (such as financial repression) that channeled private saving to the government.

In India, rapid growth is also underpinned by a substantial increase in investment, which now stands at around one-third of GDP. Much of this increase has come from private sources, reflecting gradual relaxation of the shackles on the business sector since the early 1980s. But the public sector continues to play an important role. The government has had to step in as both private investment and total factor productivity growth have faltered in recent years.

These days, it is public infrastructure investment that helps maintain India's growth momentum. “I think two sectors holding back the economy are private investments and exports,” says the government's chief economic adviser, Arvind Subramanian. “That is why... public investment is going to fill in the gap.”

Turning to Latin America, Bolivia is one of the rare mineral exporters that has managed to avoid others' fate in the current commodity-price downturn. Annual GDP growth is expected to remain above 4% in 2015, in a region where overall output is shrinking (by 0.3%, according to the International Monetary Fund's latest projections). Much of that has to do with public investment, which President Evo Morales regards as the engine of the Bolivian economy. From 2005 to 2014, total public investment has more than doubled relative to national income, from 6% to 13%, and the government intends to push the ratio even higher in coming years.

We know that hikes in public investment, just like commodity booms, all too often end in tears. The economic and social returns decline and money dries up, setting the stage for a debt crisis. A recent IMF study finds that, after some early positive effects, most public-investment drives falter.

But much depends on local conditions. Public investment can enhance an economy's productivity for a substantial period of time, even a decade or more, as it clearly has done in Ethiopia. It can also catalyze private investment, and there is some evidence that this has happened in India in recent years.

The potential benefits of public investment are not limited to developing countries. In fact, today it may be the advanced economies of North America and Western Europe that stand to gain the most from ramping up domestic public investment. In the aftermath of the great recession, there are many ways in which these economies could put additional public spending to good use: to increase demand and employment, restore crumbling infrastructure, and boost research and development, particularly in green technologies.

Such arguments are typically countered in policy debates by objections related to fiscal balance and macroeconomic stability. But public investment is different from other types of official outlays, such as expenditures on public-sector wages or social transfers. Public investment serves to accumulate assets, rather than consume them. So long as the return on those assets exceeds the cost of funds, public investment in fact strengthens the government's balance sheet.

We do not know how the experiments in Ethiopia, India, or Bolivia will eventually turn out; so caution is warranted before one extrapolates from these to other cases. Nonetheless, all three are examples that other countries, including developed ones, should watch closely as they search for viable growth strategies in an increasingly hostile global economic environment.

Dani Rodrik is Professor of International Political Economy at Harvard University's John F. Kennedy School of Government. He is the author of The Globalization Paradox: Democracy and the Future of the World Economy and, most recently, Economics Rules: The Rights and Wrongs of the Dismal Science. Copyright: Project Syndicate