Why the Fed Buried Monetarism 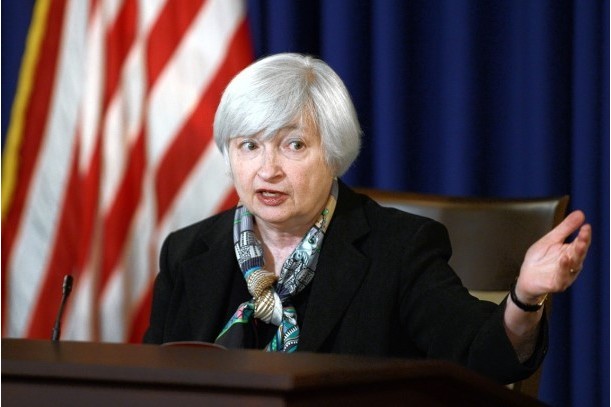 The Fed will almost certainly start raising rates in December, but monetary tightening will be much slower than in previous economic cycles, and it will be motivated by concerns about financial stability, not inflation.

The US Federal Reserve's decision to delay an increase in interest rates should have come as no surprise to anyone who has been paying attention to Fed Chair Janet Yellen's comments. The Fed's decision merely confirmed that it is not indifferent to international financial stress, and that its risk-management approach remains strongly biased in favor of “lower for longer.” So why did the markets and media behave as if the Fed's action (or, more precisely, inaction) was unexpected?

What really shocked the markets was not the Fed's decision to maintain zero interest rates for a few more months, but the statement that accompanied it. The Fed revealed that it was entirely unconcerned about the risks of higher inflation and was eager to push unemployment below what most economists regard as its “natural” rate of around 5%.

It is this relationship – between inflation and unemployment – that lies at the heart of all controversies about monetary policy and central banking. And almost all modern economic models, including those used by the Fed, are based on the monetarist theory of interest rates pioneered by Milton Friedman in his 1967 presidential address to the American Economic Association.

Friedman's theory asserted that inflation would automatically accelerate without limit once unemployment fell below a minimum safe level, which he described as the “natural” unemployment rate. In Friedman's original work, the natural unemployment rate was a purely theoretical conjecture, founded on an assumption described as “rational expectations,” even though it ran counter to any normal definition of rational behavior.

The theory's publication at a time of worldwide alarm about double-digit inflation offered central bankers exactly the pretext they needed for desperately unpopular actions. By dramatically increasing interest rates to fight inflation, policymakers broke the power of organized labor, while avoiding blame for the mass unemployment that monetary austerity was bound to produce.

A few years later, Friedman's “natural” rate was replaced with the less value-laden and more erudite-sounding “non-accelerating inflation rate of unemployment” (NAIRU). But the basic idea was always the same. If monetary policy is used to try to push unemployment below some pre-determined level, inflation will accelerate without limit and destroy jobs. A monetary policy aiming for sub-NAIRU unemployment must therefore be avoided at all costs.

A more extreme version of the theory asserts that there is no lasting tradeoff between inflation and unemployment. All efforts to stimulate job creation or economic growth with easy money will merely boost price growth, offsetting any effect on unemployment. Monetary policy must therefore focus solely on hitting inflation targets, and central bankers should be exonerated of any blame for unemployment.

The monetarist theory that justified narrowing central banks' responsibilities to inflation targeting had very little empirical backing when Friedman proposed it. Since then, it has been refuted both by political experience and statistical testing. Monetary policy, far from being dissipated in rising prices, as the theory predicted, turned out to have a much greater impact on unemployment than on inflation, especially in the past 20 years.

But, despite empirical refutation, the ideological attractiveness of monetarism, supported by the supposed authority of “rational” expectations, proved overwhelming. As a result, the purely inflation-oriented approach to monetary policy gained total dominance in both central banking and academic economics.

That brings us back to recent financial events. The inflation-targeting models used by the Fed (and other central banks and official institutions like the International Monetary Fund) all assume the existence of some pre-determined limit to non-inflationary unemployment. The Fed's latest model estimates this NAIRU to be 4.9-5.2%.

And that is why so many economists and market participants were shocked by Yellen's apparent complacency. With US unemployment now at 5.1%, standard monetary theory dictates that interest rates must be raised urgently. Otherwise, either a disastrous inflationary blowout will inevitably follow, or the body of economic theory that has dominated a generation of policy and academic thinking since Friedman's paper on “rational” expectations and “natural” unemployment will turn out to be completely wrong.

What, then, should we conclude from the Fed's decision not to raise interest rates? One possible conclusion is banal. Because the NAIRU is a purely theoretical construct, the Fed's economists can simply change their estimates of this magic number. In fact, the Fed has already cut its NAIRU estimate three times in the past two years.

But there may be a deeper reason for the Fed's forbearance. To judge by Yellen's recent speeches, the Fed may no longer believe in any version of the “natural” unemployment rate. Friedman's assumptions of ever-accelerating inflation and irrationally “rational” expectations that lead to single-minded targeting of price stability remain embedded in official economic models like some Biblical creation myth. But the Fed, along with almost all other central banks, appears to have lost faith in that story.

Instead, central bankers now seem to be implicitly (and perhaps even unconsciously) returning to pre-monetarist views: tradeoffs between inflation and unemployment are real and can last for many years. Monetary policy should gradually recalibrate the balance between these two economic indicators as the business cycle proceeds. When inflation is low, the top priority should be to reduce unemployment to the lowest possible level; and there is no compelling reason for monetary policy to restrain job creation or GDP growth until excessive inflation becomes an imminent danger.

This does not imply permanent near-zero US interest rates. The Fed will almost certainly start raising rates in December, but monetary tightening will be much slower than in previous economic cycles, and it will be motivated by concerns about financial stability, not inflation. As a result, fears – bordering on panic in some emerging markets – about the impact of Fed tightening on global economic conditions will probably prove unjustified.

The bad news is that the vast majority of market analysts, still clinging to the old monetarist framework, will accuse the Fed of “falling behind the curve” by letting US unemployment decline too far and failing to anticipate the threat of rising inflation. The Fed should simply ignore such atavistic protests, as it rightly did last week.

Anatole Kaletsky is Chief Economist and Co-Chairman of Gavekal Dragonomics. A former columnist at the Times of London, the International New York Times and the Financial Times, he is the author of Capitalism 4.0, The Birth of a New Economy. Copyright Project Syndicate