Water4: market-creating innovation at the heart of Sierra Leone 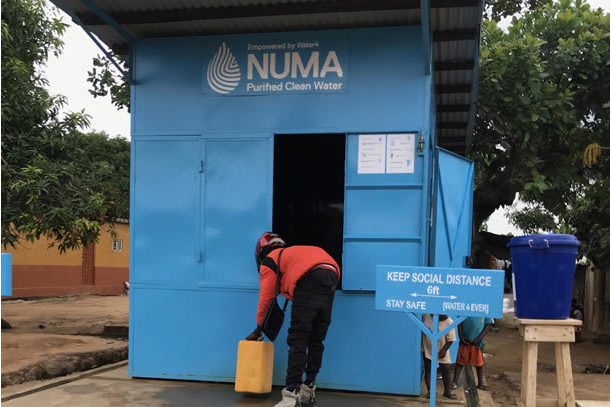 By providing seed capital and training on business and technical skills to local water entrepreneurs, Water4 is able to create a sustainable model in the countries where it operates.

This is the first of a two-part series on Water4 and how it addresses a market need to provide clean and safe water in Sierra Leone.

When I arrived in Sierra Leone in March of this year, I was struck by the vast number of people without access to electricity. I soon learned from a Sierra Leonean returning home from Canada that this was the norm. Access to basic necessities such as, safe drinking water, electricity, and sanitation facilities were luxuries in Sierra Leone.

Sierra Leoneans aren’t the only ones that struggle with access to water. About two billion people globally lack safely-managed water services, four billion don’t have access to safely managed sanitation systems, and three billion lack basic hand-washing facilities, according to the WHO/UNICEF Joint Monitoring Programme. In addition, fewer than 15% of countries surveyed in the 2019 UN GLAAS report had the financial or human capacity to implement their plans for safe drinking water.

The effects of not having access to safe water are dire.

Close to one million people–most of whom are children–die each year from water, sanitation, and hygiene-related diseases. Estimates suggest that $260 billion is lost globally each year due to lack of basic water and sanitation.

Access to safe water and sanitation at home turns time spent into time saved, and gives families the opportunity to pursue education and work opportunities that can help them break the cycle of poverty.

Traditionally, many organizations strive to provide water in communities that lack access without creating the systems that ensure sustainability. As a result, many water projects fail.

But one innovative organization is taking a market-creation approach to solving some of the challenges associated with providing safe drinking water.

Water4 is a nonprofit organization that is empowering local entrepreneurs to provide access to safe and clean water at an affordable cost to average Sierra Leoneans. The organization has operations in 13 countries in Africa and has impacted more than 1.6 million people since 2008.

The goal of my trip to Sierra Leone was to learn about Water4’s business model.

By providing seed capital and training on business and technical skills to local water entrepreneurs, Water4 is able to create a sustainable model in the countries where it operates. As the independent businesses scale, they are able to cover more of their operating costs with the revenue they generate.

Over time, donor support is replaced with commercial finance and business revenue. The organization’s goal is to provide safe and clean water for every home, school and clinic on the continent.

Water4’s business model is a market-creating innovation (MCI) because it transforms a complicated and expensive product (safe, accessible water) into a product that’s simple and affordable thereby making it accessible to a whole new segment of people for whom there was always underlying demand, but no adequate solution on the market.

Core to Water4’s operations are the following:
•    An easy to install and interchangeable piping system, called NUMA units, which makes clean water more easily accessible in struggling communities.
•    Partnerships with and the training of local entrepreneurs to build and manage the NUMA units.
•    Sourcing raw materials from local partners.
•    Training staff and local partners on how to make high quality pipes.

In contrast to organizations that simply provide water in communities without access, Water4 is building a system that enables local entrepreneurs to provide water affordably in poor communities.

In the next write-up, I will discuss how the Water4 piping system works in order to ensure that every community member they serve has access to clean and affordable water.