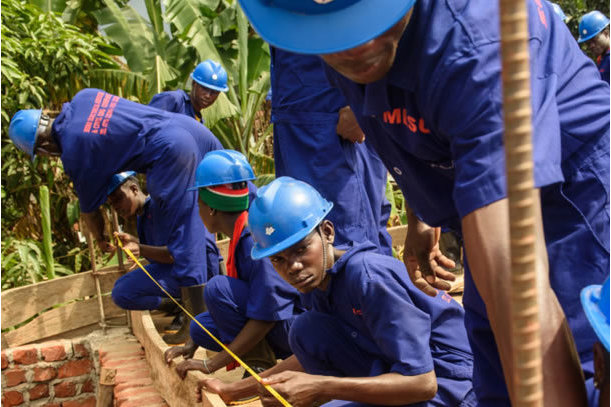 I recently returned from a trip to Ghana where I got the opportunity to see how one company, mPharma, is democratizing access to affordable healthcare for average Africans. Although mPharma is focused on healthcare, the organization’s work got me thinking about many of Africa’s problems, chief of which is the lack of job opportunities for millions of people, especially the youth.

Naturally, the Mastercard Foundation’s Young Africa Works initiative came to mind. By 2030, the program plans to have enabled “30 million young people, particularly women, to secure [dignified] employment.” Of all the programs and initiatives designed to help Africa fight poverty, this one has the most potential because of its laser focus on combating the continent’s catastrophic unemployment woes. (Before the COVID-19 pandemic, the continent was on track to create only 100 million of the 450 million jobs it needed by 2035. There’s no telling how bad those numbers are today).

A crucial piece to the success of the Young Africa Works initiative would be for it to focus on fostering a culture of market-creating innovations across Africa. This will ultimately lead to significant job creation.

Market creating innovations transform complicated and expensive products into simple and more affordable ones, making them accessible to a wider segment of the population that lack access. This wider segment of the population who would benefit from owning or using a product but cannot, due to the product’s cost, time, or the expertise required to use it are called nonconsumers.

Africa is littered with nonconsumers. From access to affordable medicines and healthcare, to financing, housing, and electricity, hundreds of millions of Africans wake up daily and struggle to make ends meet. By creating markets that transform these nonconsumers into consumers, Africa’s market-creating innovators will inadvertently create tens of millions of jobs.

Our research suggests that market-creating innovations are the critical missing piece in the economic prosperity and job creation puzzle that has plagued Africa for decades.

Case in point, Gregory Rockson’s mPharma, which is less than a decade old, now serves more than two million people annually, operates in six African countries, and partners with more than 1,000 hospitals and pharmacies. To solve the problem of making medicines and healthcare affordable, mPharma has created more than 1,000 jobs… and counting.

Most of the jobs that mPharma has created are the meaningful, dignified, and fulfilling jobs the Mastercard Foundation program hopes to create across Africa: doctors, lawyers, pharmacists, lab technicians, retail specialists, marketing managers, data analysts, and many others.

What mPharma represents is the model for how Africa will solve the vast majority of its problems and the kind of economic activity organizations like the Mastercard Foundation should support.

To get a sense for mPharma’s potential impact, consider the mobile telecommunications sector across Africa.

In the late 1990s fewer than five percent of people in Africa had access to mobile phones. The product was deemed too expensive and complicated for a majority of people on the continent. Like many medicines today, only the rich could afford mobile phones then. But in 1998, Mo Ibrahim built Celtel and developed a business model that made inexpensive mobile phones and telecommunications accessible to millions of people in several African countries.

In just six years, Celtel was able to build operations in 13 African countries and gained 5.2 million customers. By 2004, revenues had reached $614 million. In 2005 when Ibrahim decided to sell the company, he did so for a handsome $3.4 billion. But Celtel was just the tip of the iceberg.

In addition to supporting more than three million jobs, the sector now generates almost $15 billion in taxes annually and adds an estimated $130 billion of economic value to the continent.

Rockson and Ibrahim didn’t set out to create thousands of jobs across Africa. In fact, most entrepreneurs don’t wake up with a desire to create jobs, much less the kind of meaningful, dignified, and fulfilling jobs the Mastercard Foundation hopes to spur across Africa. They set out to solve important problems on the continent that were causing people to struggle.

What Africa needs isn’t jobs programs, but market-creation programs. The creation of new markets across Africa will lead to the creation of millions of jobs on the continent.

The Mastercard Foundation has identified the right problem: jobs. The solution, however, is market-creation. If the foundation prioritized market-creating innovations in housing, transportation, energy, and food, it would not only create tens of millions of jobs, but also support the growth of millions more.