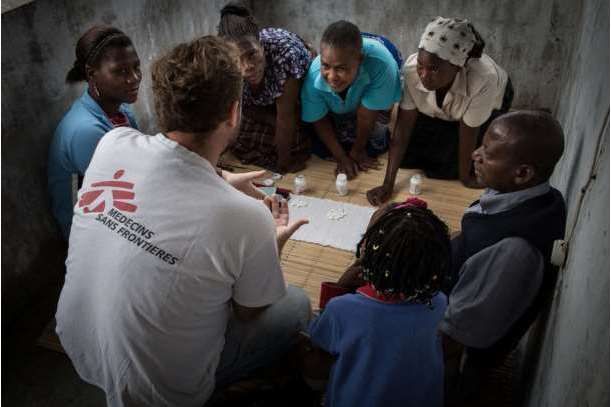 Bedaquiline, according to Doctors Without Borders, has fewer side effects, which makes painful, less tolerable injectable treatments no longer necessary.

South Africa’s Department of Health, last week, rolled out a new and more effective drug to fight multidrug-resistant tuberculosis (MDR-TB), making the country the first to take this bold step in the world.

The new drug, bedaquiline – a drug made by US-based pharmaceutical company, Johnson & Johnson, launched on June 18 – would replace the current treatment regimens for adolescents and adults from the start of their treatment.

Bedaquiline, according to Doctors Without Borders, has fewer side effects, which makes painful, less tolerable injectable treatments no longer necessary. Hitherto, injectable with dreadful side effects are used to treat TB. The known side effects include kidney failure and hearing loss.

“The standard treatment for MDR-TB is currently effective only 50 percent of the time and includes a painful injectable antibiotic known to cause terrible toxic side effects, including kidney failure and hearing loss,”
said Dr. Anja Reuter, a drug-resistant TB (DR-TB) doctor at Doctors Without Borders. “Experience with bedaquiline in treating drug-resistant TB, mainly from South Africa, demonstrates improved clinical outcomes in people living with MDR-TB, and initial evidence shows that it can be safely and effectively used in place of the toxic injectable.”

The international medical humanitarian organization, Doctors Without Borders/Médecins Sans Frontières (MSF), over the years, has been pushing for governments and treatment providers to scale up the use of bedaquiline after seeing its benefits first-hand through treatment and clinical trials like endTB and TB PRACTECAL.

“There is no question we should be offering people the best options we have for more effective and less toxic treatment, but progress on this agenda has to date been slow in most countries,” Reuter said.

Worldwide, more than half a million people contract MDR-TB every year, according to MSF, but extremely few who could have benefited had access to newer TB drugs such as bedaquiline. Fewer than five percent of people in need in 2016 were treated with bedaquiline or the other new TB drug, delamanid.

The organisation also urged other countries and officials responsible for WHO guidance on the use of DR-TB medicines to follow South Africa’s “progressive example and commit to replacing the toxic injectable drug and ensuring expanded global access to effective new medicines, including bedaquiline.”

As countries prepare to meet in New York this September at the first United Nations High-Level Meeting on TB, leaders must use this meeting to prioritize people living with TB by taking decisive action on DR-TB treatment by setting clear targets and financial commitments to end this epidemic once and for all, MSF advised.