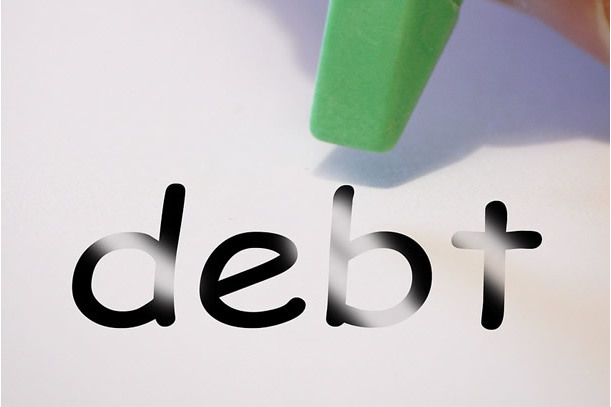 The V20 is at the epicentre of the looming debt and climate crises which threaten their ability to build resilient and low-carbon economies.

A new policy brief by the Vulnerable Twenty (V20) Group and Boston University Global Development Policy Center recommends as “urgently necessary” a comprehensive debt restructuring across all creditor classes, rather than case-by-case bilateral negotiations with specific creditor classes, for the V20 economies given their diverse debt portfolio.

The V20 Group of Ministers of Finance of the Climate Vulnerable Forum is a dedicated initiative of 55 climate vulnerable countries working through dialogue and action to tackle global climate change.

According to a statement today by Boston University Global Development Policy Center, the V20 is at the epicentre of the looming debt and climate crises which threaten their ability to build resilient and low-carbon economies. “When scarce public finances are mostly spent on debt service rather than investments to build a more resilient economy, countries will be locking into a cycle of unsustainable debt further fuelled by climate impacts,” according to the statement.

The report provides a detailed look at the scale, composition, and distribution of the V20’s debt portfolio by creditors, finding that the V20’s total external debt stock is $686.3 billion, with the majority owed to private creditors, the World Bank and other multilateral development banks (MDBs), followed by Paris Club countries and China.

The debt amounts to 27 percent of the group’s gross domestic product (GDP). The V20’s total debt stock is one-fifth of all developing country debt (public and publicly guaranteed).

Amongst other findings are that private creditors comprise the largest share of external debt stocks in V20 countries at 36 percent, followed by the World Bank at 20 percent and MDBs not including the World Bank at 20 percent. In terms of bilateral credit, Paris Club nations hold 13 percent of V20 debt stocks and China holds 7 percent of the total.

In terms of external debt service payments, between 2022-2028, V20 countries will be responsible for almost $435.8 billion in payments to various creditors, with 2024 a particularly acute year at $68.9 billion. Private creditors top the payments list (34.6 percent), followed by other MDBs (16 percent) and the World Bank (12 percent). China is fifth with a share of 10 percent.

Countries with the highest outstanding commitments are Colombia ($51 billion), Vietnam ($32.6 billion), Sri Lanka ($31 billion), Bangladesh ($30 billion) and the Philippines ($29.7 billion). Lebanon, Bhutan, the Maldives and Mongolia have the highest debt-to-GDP ratios. Their debt compositions, however, are different. While private creditors hold most of Lebanon and Mongolia’s debt, China is the largest creditor of the Maldives. For Bhutan, bilateral debt forms the largest share, and the precise amount owed to China is uncertain.

For 13 V20 countries classified as in debt distress or at high risk, the debt stock composition shows that the private sector owns 29 percent of the total debt stock, the World Bank holds 24 percent, China holds 16 percent and bilateral creditors without China also own 16 percent. Private bondholders are expected to receive the largest share of payments between 2022-2027, but from 2028 onward, MDBs overtake private bondholders. Of the $18 billion that the V20 will owe to the MDBs, the World Bank is expected to receive $8 billion, with other MDBs receiving $10 billion.

“Despite their vulnerability to climate impacts, the carbon footprints of V20 countries are negligible,” said Rishikesh Ram Bhandary, Assistant Director – Global Economic Governance Initiative, Boston University Global Development Policy Center. “On average, they emit 1.53 tons of carbon dioxide emissions annually, yet face the brunt of climate impacts. To address this disparity, it is crucial both that all credit classes are at the table of a global debt workout and that coordinated policy responses place climate change and vulnerable nations at the centre.”

On her part, Sara Jane Ahmed, Finance Advisor, Vulnerable Group of Twenty (V20) Ministers of Finance of the Climate Vulnerable Forum, said V20 members are the most climate vulnerable economies, adding that loss and damage due to climate change adds to the debt burden which not only limits proactive action from climate vulnerable economies, but also locks them in a cycle of unsustainable debt further fuelled by climate impacts.

She said a climate resilient future is only possible with immediate debt relief, and the V20 has proposed a comprehensive debt restructuring option that should begin in earnest.

Formed in 2015, the V20 has in its membership over 2o African countries including Ghana, Morocco, Ethiopia, Rwanda, and Niger. Asian member countries include the Philippines, Sri Lanka, Vietnam, and Bangladesh. It also has members from Central America including Costa Rica, Grenada, and Guatemala.

Nigeria is not a member of the group. Speaking at the 77th session of the United Nations General Assembly on Wednesday, President Muhammadu Buhari called for the “cancellation” of external debts by poor countries who face many challenges including servicing their external debts. In Q1 2022, the federal government’s debt service cost was N1.94 trillion, which was N310 billion higher than the actual revenue during the period – highlighting the scale of the country’s debt crisis amid slow economic growth, high poverty rate, and foreign exchange scarcity.