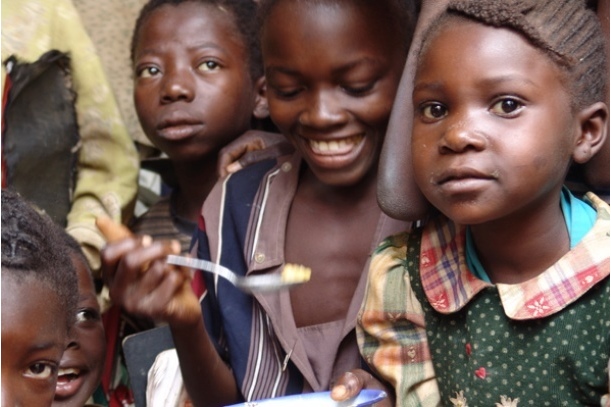 The Global Alliance for Improved Nutrition (GAIN) has joined the Government of the United Republic of Tanzania and other partners to forge a vision and strategy for food fortification as a key pillar in meeting the Sustainable Development Goals (SDG’s) and beyond. As part of global efforts to tackle hidden hunger, policymakers and global health leaders yesterday launched the first Future Fortified Summit (FFS).

Marc van Ameringen, Executive Director of GAIN, said, “Nutrition underpins the achievement of all development goals. Without addressing hidden hunger, none of the root causes of global poverty can be fully solved, as adequate nutrition forms the foundation of healthy lives, communities and economies. This summit will bring together our partners who are determined to take action on this issue.”

According to the Copenhagen Consensus, a project that seeks to advance global welfare, the lack of essential micronutrients such as vitamin A, iron, zinc, iodine and folate, impacts cognitive development, causes increased child and maternal mortality, and leads to stunted growth as well as diseases that have been virtually eradicated in regions where food fortification is widely implemented. Food fortification, which supplements diets with these essential vitamins and minerals, is a proven, scalable and cost-effective solution. Estimates show that annual investments of $347 million to provide micronutrients to 80 percent of the world’s malnourished would yield $5 billion in improved earnings and healthcare spending.

Children and mothers are especially vulnerable to the effects of hidden hunger, especially during the first 1000 days from conception. Mothers need adequate nutrition to pass on to their unborn children and through breast milk. Nearly half of children under age five are affected by anaemia, impairing cognitive and physical development, and about 190 million pre-school aged children are vitamin A deficient, leading to early childhood blindness and weakened immune systems. Children with adequate nutrition progress faster in school and as adults, earn 20% more in wages.

“Food fortification is the best investment we can make in the health of children worldwide,” said Shawn Baker, Director of Nutrition at the Bill and Melinda Gates Foundation. “With renewed commitment to make quality, widespread food fortification a priority, we can help this and future generations overcome cycles of poverty and unfulfilled potential,” the Director at Bill and Melinda Gates Foundation added.

With large-scale food fortification and enhanced distribution and available foods, GAIN aims to extend the reach of its food fortification programmes. The programme also aims to develop packets of micronutrient supplements, improving nutritional quality through agricultural practices and advocating for policies that increase the demand and consumption of nutritious foods.

Also released by GAIN is a global snapshot which reveals the extent of hidden hunger, outlines progress and challenges of universalizing food fortification, as well as new avenues of opportunity as demographics shift and food systems globalize.

“The Future Fortified Summit marks a significant moment for ending hidden hunger worldwide. The international community is serious about tackling this issue and eradicating this blight,” said van Ameringen.