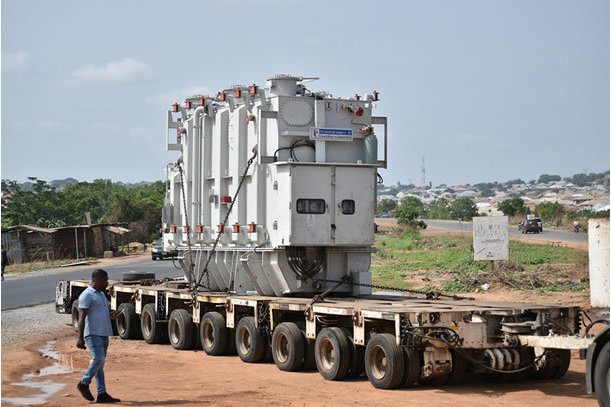 The Osogbo Region of the Transmission Company of Nigeria (TCN) covers mainly the Southwestern states of Oyo, Osun, Ekiti, Ondo, and Ogun, and some parts of Kwara and Niger states in the North Central of the country. The Osogbo Region comprises three Sub-Regions – Osogbo, Ayede, Ganmo – and one Work Centre, Akure.

Like other regions of TCN, the Osogbo Region has two main arms, namely Transmission Service Provider (TSP) and Independent System Operator (ISO). The TSP is headed by the Regional Transmission Manager (RTM), Bakare Kazeem, while the ISO is headed by the Reginal Operation Manager (ROM), Olaniyi Gbadebo. The Region has a total staff strength of 151 staff.

The Osogbo Region boasts of several completed projects while many others are ongoing. The newly completed projects include 60MVA with 33kV feeders at Sagamu 132/33kV Transmission Substation, installation of three line bays at Iwo 132/33kV transmission substations, replacement of faulty circuit breakers (CB) and other switchgear equipment in substations across the Region.

Other ongoing projects in the Region are those being executed by the Project Monitoring Unit (PMU) arm of TCN. They include the following: 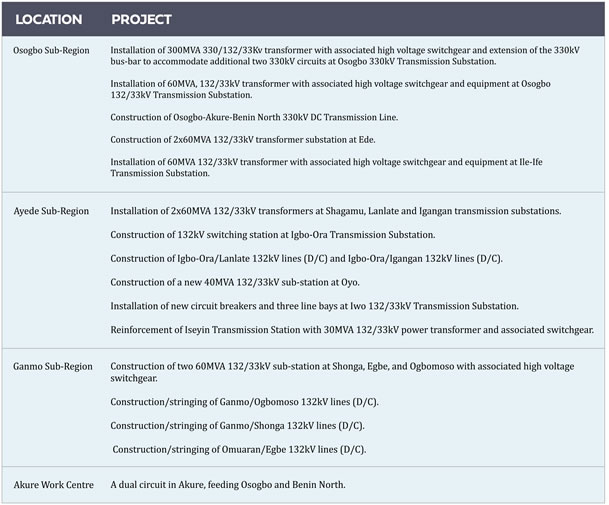 The Osogbo Region is not spared the pervasive challenge of vandalism that affects TCN’s operations nationwide. There are numerous cases of vandalism of transmission lines and towers throughout the region despite several measures to discourage the perpetrators.

The most recent act of vandalism occurred at the new Osogbo-Akure-Ihovbor Double Circuit 330kV transmission tower at Igbara-Oke, along Ori-Oke Gilgal, in Ondo State, which was constructed to carry supply from Osogbo to Akure Transmission Substation. The Management of TCN, through the regional office, engaged community leaders and other stakeholders on the negative impact of illegal mining near the company’s facilities as well as vandalism of power infrastructures. This, however, has had very little impact.

TCN engineers in the Osogbo Region have successfully installed and repaired several transformers, replaced circuit breakers, as well as undertaken line tracing and maintenance. Some of the ongoing projects being executed by the in-house engineers include 30MVA, 132/33kV transmission substation at Oyo, and installation of 60MVA, 132/33kV transformer in Osogbo Sub-Region.