Nigeria’s sovereignty and the propaganda against China 14 Oct 2020

China has, in recent years, been on the receiving end of malicious foreign propaganda. The country’s steady rise as a global economic superpower has been greeted with resistance and ongoing attempted sabotage. Now the world’s second-largest economy, and on its way to literally become the numero uno in the world by the size of its gross domestic product (GDP), China’s rise has been steady despite attempts to derail it.

The antagonism should be expected. No country likes to surrender its geopolitical advantage, as it is definitely conferred by dominant economic size, without irritation or resistance. Much of the investment and trade dispute between the United States and China has a lot to do with the maintenance of economic dominance by the former and the irreversible rise of the latter.

The extent to which China is responsible for some of the irritations against its global rise is debatable, but not unarguable. For instance, it has been widely argued that Beijing could have managed the novel coronavirus disease outbreak better. It has also been alleged that, like U.S. President Donald Trump who said he didn’t want to "panic" Americans, Chinese authorities initially tried to suppress information about the outbreak of the disease.

However, by using its public sector-provided loans for specific infrastructure projects, China is directly influencing public investment policy in Africa. With many of the projects determined on domestic political basis, China is being drawn directly or indirectly into the domestic politics of African countries, something that is anathema to its foreign policy. By also exporting more than 40 per cent of labour from China for the delivery of the projects, the Asian country is further causing resentment in Africa where many countries are grappling with high unemployment rates.

Additionally, COVID-19 is exacerbating the debt stress of many countries. In this regard, many Western analysts are already naming China in the systemic debt distress that is on the horizon in Africa. This is despite the fact that China’s debt, as a percentage of the total public debt of African countries, remains relatively very low compared to the continent’s bilateral debt to Western governments. For example, out of Nigeria’s total external public debt of $27.7 billion as of March 2020, only $3.1 billion was owed to China. As of June 2020, the latest debt figures available shows Nigeria's total external public debt increased by $3.8 billion to $31.5 billion. But this increase was largely accounted for by the $3.4 billion International Monetary Fund (IMF) COVID-19 emergency financial assistance to Nigeria and new domestic borrowing to finance the 2020 budget.

Nevertheless, China’s loans to Nigeria recently generated public uproar. One of the provisions of the loan agreements, subject to international arbitration, allegedly compromises Nigeria’s sovereignty. But more than anything else, the furore over the clause essentially provided a dog whistle on Nigeria’s public debt sustainability.

Nigeria’s rising public debt has been a matter of public concern in the last few years. Debt service cost, as a percentage of government’s revenue, had risen above 60 per cent in the last few years. In Q1 2020, the ratio rose to over 99 per cent as the COVID-19 pandemic had caused oil revenue to plunge to around $20 per barrel and the negative impact of the restrictions to curb the spread of the infectious disease on government revenue had become acute. In spite of the grim numbers, the fiscal authorities have maintained that Nigeria is well within the limits of debt sustainability and the country is looking to contract more foreign loans.

To be clear, Nigeria has a broadly acceptable level of public debt. The country’s debt-to-GDP ratio was 21.5 per cent as of June 2020. This was well below the ratios of some smaller economies in Africa, including South Africa – the continent’s second-largest economy – and East African economic powerhouse, Kenya.

Nevertheless, because of the high debt service cost, and certainly because of the acceleration of borrowing, Nigeria is not exempt from the global concern about debt distress in both emerging markets and other low-income developing countries. In 2018, the World Bank observed that 40 per cent of low-income developing countries were either in debt distress or at high risk of default. As already noted, the situation has been tremendously worsened by the impact of COVID-19 on public revenue. At the same time, corporate debt in emerging markets is also exceeding historical levels.

While this situation calls for new efforts in the developing countries and the international community to contain vulnerabilities rising from these increasing levels of debt, most of the vulnerable countries can hardly get by in the immediate aftermath of COVID-19 outbreak. Most developing countries now face a fiscal catch 22 situation. While already using high proportions of their revenues to service their debts, they hardly can meet the financial needs of investing in infrastructure, human capital or public works without new debts.

Except for how its loans to foreign government are helping its domestic agenda, the scrutiny of Chinese loans could limit the willingness of China to lend to Africa. Indeed, some analyses have started to cast China as a fall guy for unsustainable public debt in Africa and elsewhere in the developing countries. China’s loans are said to be less favourable, allegedly because they have lower grant components, according to the analysis by researchers at Centre for Global Development (CGD), a Washington DC-based think tank. For this reason, China is expected to provide significant debt relief for its bilateral debtors in the developing countries.

But while the debt relief would be welcome – and even necessary – it is doubtful that the Western creditors are less obliged to provide debt relief to developing countries. Certainly, China’s debts are provided on concessionary terms. While China controversially uses its labour to deliver its loan projects abroad, for decades the Western creditors have built expensive technical assistance into their loan agreements with African countries.

The critical issue is the dependence on external financing for Africa’s development agenda. Such dependence tends to be self-perpetuating. While not overlooking the short-term benefit of China’s infrastructure project loans and broader external financing for African countries, including Nigeria, there are two-stage solutions to putting the continent on the path of fiscal sustainability. The first stage entails retention of domestic resources. African countries have to curb illegal financial outflows from the continent. Such outflows perpetrated by Western multinationals and their local collaborators – including conniving public officials – amount to $88.6 billion annually, according to a new report by the United Nations Conference on Trade and Development (UNCTAD).

The next stage is serious efforts at domestic mobilization of financing for investment. Arguably, the resources to develop Africa are in Africa. They only need to be developed and channeled into investments, including those for export.

So, as has been argued, the loan clause that riled Nigerians against China was not an issue. Similar clauses are not uncommon with Western loans. The issue is whether Nigeria can continue to meet its loan obligations. China has the right to hedge the risk of default of its loans. The responsibility of the Nigerian government is to ensure its debt is sustainable. 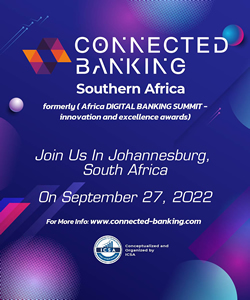