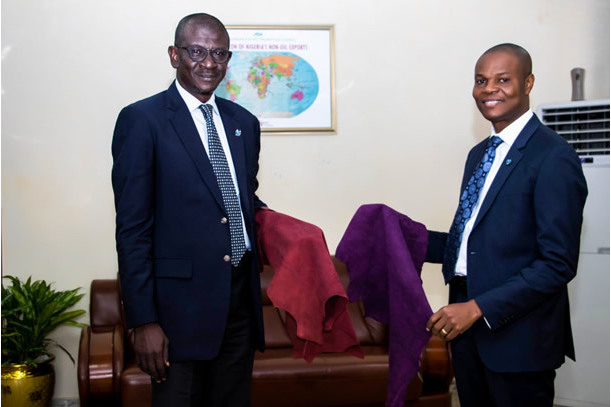 The Nigerian leather industry is perhaps underrated and has hardly been given the policy and financing support it deserves. According to the Nigerian Economic Summit Group (NESG)’s 2019 macroeconomic outlook report, domestic leather production accounts for 24 per cent of the total agriculture GDP in Nigeria. Tanned skins generated $240 million in export revenue for the country in 2015. Though a distant second to the proceeds from crude oil export, processed animal skin constitutes a major export product for the country.

Nigeria accounts for 46 per cent of goatskins produced in Africa, according to the NESG. The leather processing sector employs over 750,000 workers and the sector is projected to generate $1 billion annually in export revenue by 2025.

Despite its current profile and potentials, the Nigerian leather sector is facing serious productivity decline. The worsening prospects of the sector has gained more than a fleeting attention of the current management of the Nigerian Export-Import Bank (NEXIM Bank). During a working visit he undertook in 2018 to the leather industry cluster in Kano, the Managing Director and Chief Executive Officer of NEXIM Bank, Abba Bello, noted that, “At some point in time, the Nigerian leather industry had about 45 tanneries located mostly in an industrial park in Kano, but today only about seven of them are operating, while others are moribund and facing all sorts of challenges.”

The revival of the tanneries is very important, given the industry’s production capacity, export revenue potential and its prospect for job creation. This should not be ignored as the economy needs to grow at a faster rate, reduce unemployment, and generate more foreign exchange to address the debilitating effects of the current dollar supply shocks in the country. The Nigerian leather industry can attract significant foreign investment if the industry is repositioned. 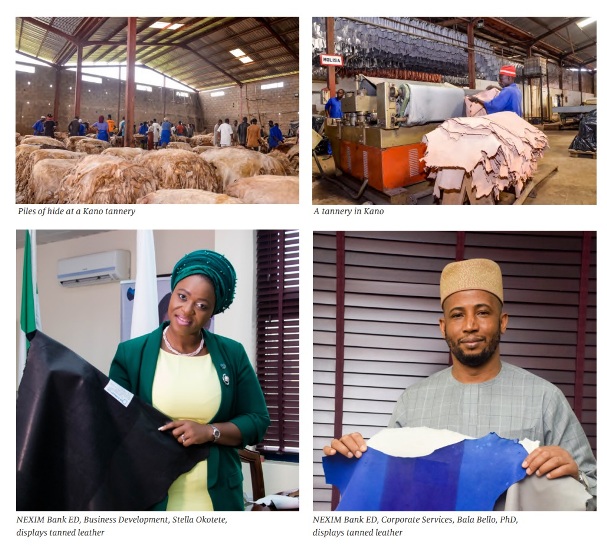 As the NEXIM Bank’s CEO, Bello, further noted during his tour of Kano’s tanneries, Nigerian leather from goats and sheep is rated one of the best in the world. “If you buy shoes and bags from Gucci or Hermes, it is likely that the leather is from Nigeria,” he said, hinting at the need for structural transformation in the Nigerian industry that is plagued by egregious incongruities.

These anomalies go farther than the oddity that has characterised the Nigerian oil industry: the country is a major producer of crude oil relying on importation of refined petroleum products to meet an overwhelming proportion of local demand. But it should be improbable that the country would continue to export crude oil and the new local refineries that are coming on stream would have to source crude oil from other countries. However, the reality in the leather industry does not rule out such a bizarre situation in the absence of effective market policy.

By exporting semi-finished leather products, Nigeria only gets a fraction of the financial value of its hide and skin. At the bottom-end of the global value chain, the country is earning $12 per square metre of skin. To move to the top-end of earning $100/m2, the country needs to convert its leather to fashionable finished products that are competitive in the world’s fashion markets.

The Nigerian Industrial Revolution Master Plan (NIRP) identifies food processing, sugar, palm oil processing, cocoa processing, rubber products, and textiles and garments as subsectors of agriculture having similar potentials as the leather subsector. These other subsectors are either also in decline or are significantly underperforming. The liberalisation of international trade has had significant adverse impacts on local production in these industries due to cheaper foreign products or outright dumping by the manufacturing powerhouses in Asia and Europe. This means national trade policy is key to reviving the industries, which makes NEXIM Bank quite relevant to finding and implementing the solutions.

NEXIM Bank is the Trade Policy Bank of the Federal Government. Since its inception in 1991, the bank has identified the leather industry as one of the critical sectors that can contribute to the country’s economic diversification objectives of creating jobs and broadening the base of foreign exchange earnings. Towards the realisation of these objectives, the bank has disbursed approximately N3 billion to the sector operators as of 2017, mostly in the pro-duction of hides and skin/crust leather for export. The paltry financing had been influenced by the acutely limited fund available to the bank, relative to the demand for its interventions.

But more recently as earlier observed, NEXIM Bank is determined to scale up its intervention in the leather industry. The working visit by its CEO to Kano’s tanneries was part of this effort. The three-year period between 2018 and 2020, when the bank disbursed over N2 billion to the industry operators, witnessed the highest level of intervention since NEXIM Bank was founded. Loan approvals totalling N2.4 billion are currently undergoing disbursement to the industry, according to information obtained from the bank. Additional N3.6 billion has been approved and undergoing pre-disbursement processes to opera-tors in the leather manufacturing hub in Aba. 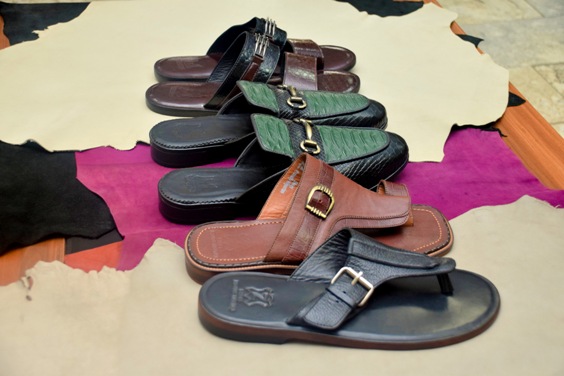 According to NEXIM Bank, when the approved projects are fully funded, the current level of intervention can support additional 4,800 direct jobs, thousands of added indirect jobs, and foreign exchange inflows of about US$33 million annually.

The African Continental Free Trade Area (AfCFTA), which became operational this January, has increased the prospects of the Nigerian leather industry, in particular finished products. NEXIM Bank said it is ramping up its intervention in the industry as an agency working to deliver the benefit of the country’s participation in the continental free trade initiative.

Bringing financial intervention to the scale needed to revive the local tanneries and the leather product manufacturing industry would make unnecessary the current ineffective banning of the exportation of wet blue leather in Nigeria. So far, the ban has fuelled illegal exportation of the product as the few tanneries still operation-al are running mostly on obsolete equipment to process crust leather. NEXIM Bank, therefore, aims its intervention at achieving the resuscitation of moribund tanneries and supporting the industry to integrate and move up the global value chain.

More stakeholder efforts and their coordination are necessary. In this regard, NEXIM Bank is working with the Abia State Government to organise the industry operators in the state. The efforts are geared towards improving product quality, increasing production, and market access. The state government is expected to generate more tax revenue from the industry as it strengthens.