Learning to manage the China threat 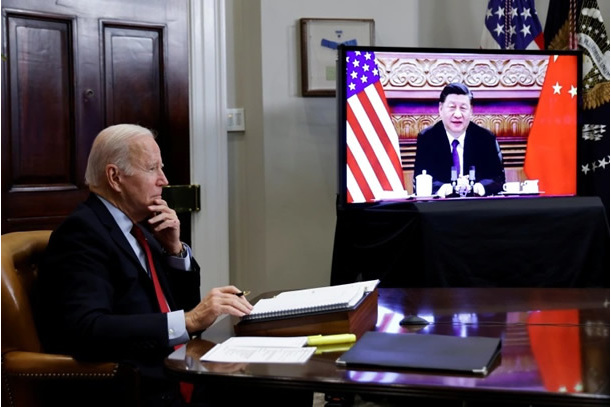 While regime change in China is not impossible, it is not likely, and would almost certainly not lead to Western-style democracy if it occurred.

When US President Bill Clinton backed China’s accession to the World Trade Organization, he suggested that the move would spark profound changes “from the inside out.” By joining the WTO, China would not simply be agreeing to import more American products; it would be “agreeing to import one of democracy’s most cherished values, economic freedom.” And “the more China liberalizes its economy,” Clinton predicted, “the more fully it will liberate the potential of its people.”

Reality has turned out to be far more complicated.

The notion that free trade leads inexorably to democracy did not begin with Clinton. His predecessor, George H.W. Bush, operated under the same assumption: “No nation on Earth has discovered a way to import the world’s goods and services while stopping foreign ideas at the border.”

Two decades after China’s WTO accession in 2001, its economy has reached the expected milestones. But it is nowhere near becoming a democracy, and American leaders have not only lost confidence in the presumed relationship between economic and political freedom, but now fear that Western democracy is vulnerable to Chinese influence.

As then-US Secretary of State Mike Pompeo warned last year, the free world should “change China, or China will change us.” Likewise, following last summer’s G7 summit, US President Joe Biden defined the struggle between Western democracies, led by the US, and China as “a contest with autocratic governments around the world.” In an echo of Cold War logic, the assumption now seems to be that there is room for only one political system in town.

To some extent, China seems to subscribe to a similar worldview. It views Western efforts to uphold human rights as a direct threat to its domestic political stability. China’s national sovereignty and “national dignity” come first.

In any case, the US should be careful what it wishes for. China is a global power, with an economy that has fuelled growth and prosperity worldwide. If it were to experience a profound political transformation, the process might not be particularly peaceful, in which case the consequences would reverberate globally.

Of course, such a transformation will never come if the Communist Party of China can help it. The CPC has obliterated all such efforts, including the New Citizens’ Movement, headed by figures like the late intellectual Liu Xiaobo, who won the Nobel Peace Prize while in prison for promoting a pro-democracy charter. In 1989, Liu famously kept vigil to protect protesters at Tiananmen Square from another CPC action aimed at crushing a pro-democracy movement.

As uncomfortable as it may be for Westerners to admit, the CPC has successfully led China through one crisis after another: the 2002-03 SARS epidemic, the 2008 global financial meltdown, and the COVID-19 pandemic. Of course, other Asian states that are not authoritarian also managed these crises well. Still, given China’s size and economic weight, these episodes could have been far more destabilizing than they were.

This is not to say that no changes to China’s political system would be positive. Nor is it to suggest that the CPC will always manage to prevent change, or manage a crisis well (as its mishandling of the start of the COVID-19 pandemic suggests). Still, political systems are inherently dynamic and open to evolution. China’s economic success – which belies Max Weber’s assessment that Confucian cultures were incompatible with capitalism – is proof of that.

So far, the CPC has managed to build a version of capitalism that aligns with – and advances – its priorities, including the persistence of its political monopoly. Economic growth and development have given the one-party regime what the late political scientist Samuel Huntington called “performance legitimacy.” But this could turn out to be the CPC’s downfall, if China faces a sharp enough economic slump.

Even continued economic success could prove problematic for the CPC. Clinton and Bush were not totally off-base in their belief that economic liberalization can weaken a dictatorship: that is what happened to Francisco Franco’s regime in Spain. Increased prosperity and exposure to the outside world can breed resentment in authoritarian countries.

That is why the CPC continues to resist full liberalization and protect the state sector, despite high costs. It is also a major reason why the Party has ramped up its investment in internal security, with annual spending more than tripling since 2007. In 2017, China’s spending on internal security stood at CN¥1.24 trillion ($196 billion), higher by about CN¥20 billion than its spending on military defence.

All this investment makes a revolution highly unlikely. Even dictatorships without such resources – think of Cuba or Iran – have often proved highly resilient. And even if, say, an internal coup occurred in China, there is little reason to think that it would bring anything close to Western-style democracy.

Russia did not become such a democracy after the collapse of the Soviet Union; on the contrary, President Vladimir Putin’s tenure has proven that authoritarian forces can easily survive “democratic transitions.” Russia’s experience (and enduring imperial ambitions) also puts the lie to the notion that regime change would spur China to stop challenging the US and its allies.

That challenge must be taken seriously. By advancing his imperial designs in East Asia, Chinese President Xi Jinping has virtually abandoned China’s long-touted promise of a “peaceful rise.” He has also established a personality-driven neo-Maoist dictatorship. Attempts to force Xi’s regime to fulfil its human-rights obligations could probably spur even more dangerous antagonism.

What the US does not do to mitigate the security threat posed by China is as important as what it does. The Biden administration should continue building on recent progress in creating collective security arrangements, such as the AUKUS pact with the United Kingdom and Australia and the so-called Quad with Australia, India, and Japan. What it should not do is perpetuate a Cold War-style zero-sum game aimed at forcing regime change in China.

Shlomo Ben-Ami, a former Israeli foreign minister, is Vice President of the Toledo International Center for Peace. He is the author of Scars of War, Wounds of Peace: The Israeli-Arab Tragedy. Copyright: Project Syndicate