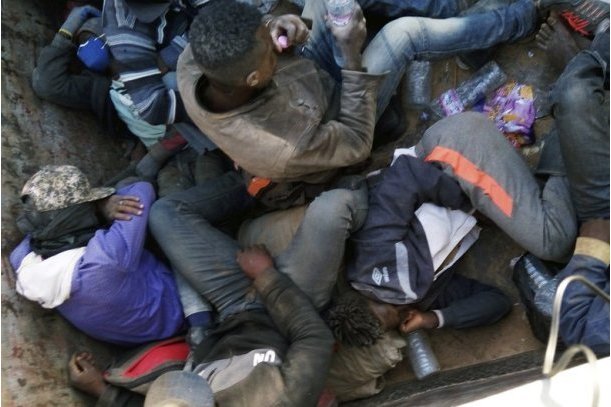 The migrants reportedly die from starvation, dehydration, exposure to harsh weather conditions, vehicle accidents and violence at the hands of smugglers.

New records published by Missing Migrants Project (MMP) of the International Organization for Migration (IOM) show that over 7,400 men, women and children have died in transit across Africa since 2014. The figures, published on Tuesday, show that African migrants are perishing at a rate of about 25 persons per week – or about 1,300 annually – on the continent, even before embarking on the perilous sea journeys to Europe or the Arabian Peninsula.

In 2019 alone, 573 Africans have died, while 7,401 deaths were recorded in the last five years. IOM said these figures only capture fatalities, which have been reported. The report does not capture the true scale of the tragedy.

The reported deaths are based on hundreds of eyewitness accounts collected from migrants through surveys by the Mixed Migration Centre’s Monitoring Mechanism Initiative (4Mi). The interviews with migrants were conducted by 4Mi between December 2018 and April 2019 in West, North and East Africa and were analysed by the MMP team before being added to its database.

Thousands of people lose their lives as they journey through North Africa, where 4,400 deaths have been reported since 2014. Migration routes in Sub-Saharan Africa have recorded 1,830 deaths since 2014. Many of these deaths were recorded in West Africa, where 240 people were reported dead in 2019.

Overland routes in the Horn of Africa and the perilous sea passage across the Gulf of Aden and the Red Sea have claimed the lives of at least 1,171 people since 2014. The migrants reportedly die from starvation, dehydration, exposure to harsh weather conditions, vehicle accidents and violence at the hands of smugglers.