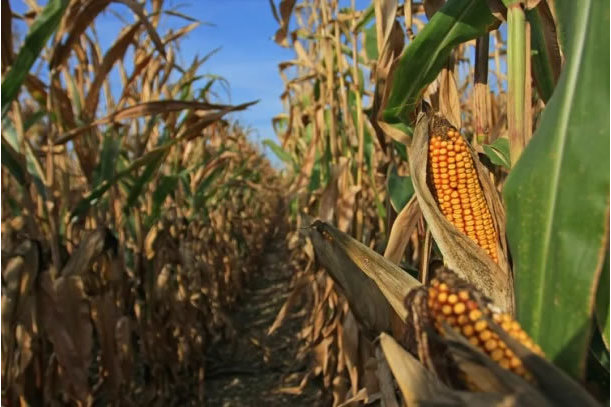 Recommended investments in adaptation include planting alternative crops and crop diversification, for example reducing reliance on maize in favour of beans, cassava, groundnuts, and sorghum.

The International Fund for Agricultural Development (IFAD), an agency of the United Nations, has predicted that staple crops in eight African countries could decrease by as much as 80 percent by 2050 in some areas if temperatures continue to rise due to climate change.

In a report released on 27 October 2021, IFAD said the situation could have a catastrophic impact on poverty and food availability unless there is an urgent injection of funding to help vulnerable farmers adapt how and what they farm.

The organisation warned that COP26 will fail to achieve a lasting impact if world leaders continue to prioritise mitigation and neglect investments in climate adaptation.

The report, “What Can Smallholder Farmers Grow in a Warmer World? Climate Change and Future Crop Suitability in East and Southern Africa”, shows that if no changes are made to agricultural practices or global policies, erratic weather patterns, drier conditions and an increase in temperatures by 2°C will have a devastating impact on yields of staple and cash crops grown by small-scale farmers in parts of Angola, Lesotho, Malawi, Mozambique, Rwanda, Uganda, Zambia and Zimbabwe. For example, in a worst-case scenario, the annual maize crop per household in the Namibe province in Angola could decrease by 77 percent by 2050.

As the UN climate change conference (COP26) kicked off in Glasgow on October 30th, 2021, the spotlight will be on the unfulfilled commitment wealthier countries made six years ago to mobilize US$100 billion a year in climate finance for less developed countries by 2020. Even if this target was reached, it would be insufficient. Annual adaptation costs in developing countries alone are expected to reach $140 to $300 billion per year by 2030. Currently climate finance flows are focused primarily on mitigating global warming. For every $18 dollars spent on mitigation, just $1 is spent on adaptation.

“Mitigation and adaptation are like the two wings of a bird, we cannot continue flying on one wing,” said Dr. Jyotsna Puri, IFAD’s Associate Vice President of the Strategy and Knowledge Department, which produced the report. “While efforts in mitigation are essential, they will take two or three decades to bear fruit. We must urgently invest in adaptation now so that small-scale farmers, like the ones in this study, can continue to grow the crops they rely on for their incomes and to feed their nations.”

While no country is immune to the impacts of climate change, small-scale farmers in developing countries are the most vulnerable and the least able to cope. They produce a third of the world’s food and up to 80 percent in some areas of Africa and Asia but receive less than 2 percent of the funds invested globally in climate finance.

Insufficient funding for adaptation will have ripple effects across the world. Falling crop yields are expected to lead to higher food prices, a decrease in food availability, and a rise in hunger and poverty. This could trigger increased migration, conflict and instability. Globally, one in ten people were living with hunger in 2020, with the figure increasing in Africa to one out of five people.

According to the report’s findings, the impact of climate change will inevitably force fundamental changes to local crop choices and agricultural practices by 2050 in these countries. Recommended investments in adaptation include planting alternative crops and crop diversification, for example reducing reliance on maize in favour of beans, cassava, groundnuts, and sorghum. The report also advises on planting different varieties, including locally adapted varieties; using different planting techniques, with improved seeds and plant material; strengthening storage and processing capacities and infrastructure, and climate proofing value chains; and improving access to and management of irrigation.

IFAD is the only multilateral development organization focused on eradicating hunger and poverty in rural areas and has committed to dedicating half of its climate finance budget to adaptation. Earlier this year, it launched ASAP+, a climate financing mechanism envisioned to be the largest fund dedicated to channelling climate finance to small-scale producers to help them adapt to climate change and combat hunger and malnutrition.