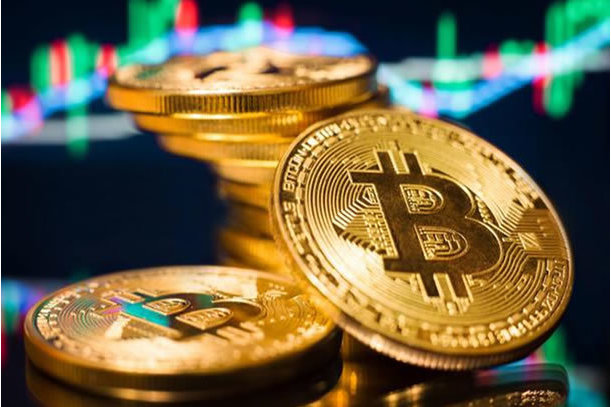 Historically, gold has done its bit to tackle inflation, another reasonably stable asset. However, because it is conceivably more accessible, Bitcoin has grown to be a more attractive choice.

Many countries' economies have benefited from Bitcoin (BTC) and other cryptocurrencies. Despite widespread poverty, Bitcoin is a digital currency for internet transactions in Third-World countries. This is most likely because anyone may connect to the internet and engage in the cryptocurrency economy.

Many emerging countries, like India, and continents like Africa, have significant cryptocurrency adoption rates. As a Bitcoin holder, you can sell Bitcoin in Nigeria for profit or keep the coin as an investment after buying Bitcoin on sites accessible to local cryptocurrency enthusiasts.

Bitcoin's decentralised structure allows people from Third-World countries to trade with others all around the world. In principle, all that are required to begin Bitcoin trading is a crypto wallet and a stable internet connection while staying abreast of Bitcoin news in Nigeria to inform your decision on the best time to trade the coin.

Bitcoin serves individuals and businesses well as a decentralised alternative to centralised money, especially in nations with significant rates of unbanked citizens.

People from low-income backgrounds may find it challenging to acquire essential financial services because financial institutions might be unwelcoming. Because banks nearly always have many documentation requirements and prerequisites, even creating a basic savings account may be difficult for some. Even for entrepreneurs who might require start-up capital for their firms, loans may be inaccessible to many.

Cryptocurrencies, whether used as a method of trade, a store of value or a unit of account, address specific concerns that frequently affect national currencies, like:

The traditional remittance industry, a vital source of income for many developing nations, is also challenged by the rise of cryptocurrencies. Peer-to-peer (P2P) cryptocurrency networks with significantly cheaper transaction fees are a potential alternative to using established but excessively expensive platforms like Western Union to move money across borders.

Impact of Bitcoin on Developed Vs. Developing Countries

In developed countries, cryptocurrencies such as Bitcoin are frequently regarded as investments or viewed with scepticism. Bitcoin is sometimes considered a dangerous venture and extremely unpredictable fad, particularly in the banking world, where old conceptions of centralised finance still reign supreme.

Crypto enthusiasts, on the other hand, are free to participate in the crypto economy as they see fit. We may witness Bitcoin acceptance among investors, miners, and traders in wealthy countries such as the United States, the United Kingdom, and Canada. Regulations vary, and persons interested in cryptocurrency continue to oppose regulators.

However, in countries like Nigeria, which ranks as one of the largest traders of Bitcoin across the globe, its people have grown to rely on Bitcoin to handle financial issues, and the freedom to transact is not as easy because of restrictions or warnings; the Nigerian government banned cryptocurrency in 2021, putting a stumbling obstacle on the route to crypto-enabled financial freedom.

Cryptocurrency is gaining traction in underdeveloped countries, particularly in locations with a history of financial instability. The impact of Bitcoin in Africa, for example, is proven by solid adoption rates within the region. "Africa could be the next frontier for cryptocurrency," the United Nations stated. Individuals and business owners have discovered practical applications for Bitcoin, such as paying for overseas suppliers in Bitcoin rather than dollars.

How Does Cryptocurrency Help in Improving Developing Countries?

The list of benefits that Bitcoin provides developing countries begins with financial inclusion, but it does not end there. Individuals in underdeveloped nations can save money by trading Bitcoin and negotiating reduced transaction costs. Small firms can also engage in worldwide trading utilising Bitcoin as a payment channel, avoiding the bureaucracies associated with traditional financing.

Devaluation of the currency and rising costs for goods and services are the hallmarks of inflation. Particularly for fiat currencies, it still poses a threat that occasionally pops to the surface. As a result, consumers frequently use cryptocurrencies like Bitcoin to hedge against inflation because they are assets that hold their value over time.

Historically, gold has done its bit to tackle inflation, another reasonably stable asset. However, because it is conceivably more accessible, Bitcoin has grown to be a more attractive choice.

In Third-World nations, corruption is one of the leading causes of poverty. An investigation by the anti-corruption NGO Transparency International reveals a relationship between the two. A country that is already poor becomes furthermore impoverished by corruption. Some individuals in authority steal cash that could be useful for infrastructure, healthcare, crisis response, and other things.

Cryptocurrency can use blockchain technology to assist developing countries in eliminating corruption. Because blockchain records are accessible to the public through an immutable distributed public ledger, governments may be held accountable. We can track government spending on programs and initiatives without the possibility of documents being forged or altered.

3. Higher Financial Inclusion of the Marginalized

People can invest in and borrow tiny sums of money from other people using cryptocurrency. These microloans and micro-investments are excellent methods for dividing the risk among different lenders.

Without opening a bank account, the unbanked can use cryptocurrencies as long as they have a crypto wallet. Due to the open access provided by blockchain technology, people don't require documentation to participate in microfinance (microloans and micro-investments).

Developing countries have a favourable environment for adopting Bitcoin because of the shortcomings of their traditional banking systems. Due to its advantages, many people and businesses in these areas are already accepting Bitcoin. People in these nations are being impacted by this trend in a variety of ways, including by enabling them to transact internationally and generate income from Bitcoin trading.