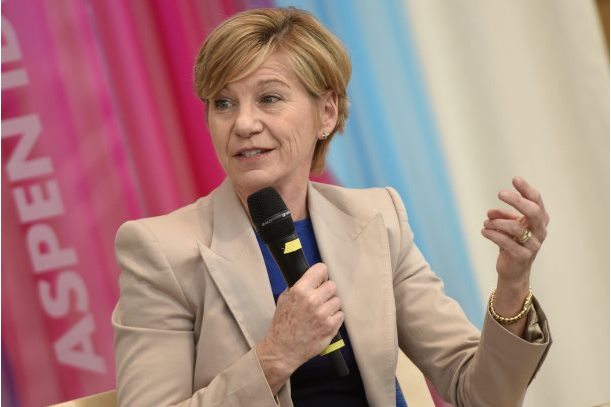 Nigeria had recently accounted for more than half of the world’s polio cases, but was declared “polio-free” in 2015 by the World Health Organization.

Sue Desmond-Hellmann, CEO of the Bill & Melinda Gates Foundation, has said that her “biggest disappointment” since joining the foundation in 2014 was witnessing the re-emergence of polio in Nigeria after it had previously been thought to be eradicated from the African continent.

In August, the Nigerian federal government reported that two children had been paralyzed by polio, after more than two years without a reported case of wild poliovirus in the country. That prompted a renewed emergency outbreak response in the country. Nigeria had recently accounted for more than half of the world’s polio cases, but was declared “polio-free” in 2015 by the World Health Organization.

Speaking late in November at the American Enterprise Institute, a conservative think tank in Washington, D.C., Desmond-Hellmann said: “The world had happily gone two years polio-free in the entire continent of Africa ... and when these two cases were reported in Nigeria it was a big setback.”

So far in 2016, 33 cases of wild poliovirus have been reported, most of them in Afghanistan and Pakistan.

The experience taught the foundation to be more sceptical of apparent success, according to its CEO who offered health policy advice for the in-coming Administration of Donald Trump in the United States. “My number one thing that I would want president-elect Trump to remember is that a health crisis anywhere is a health crisis everywhere,” the Gates CEO said.