Europe to have 44 million workers shortage without increased immigration 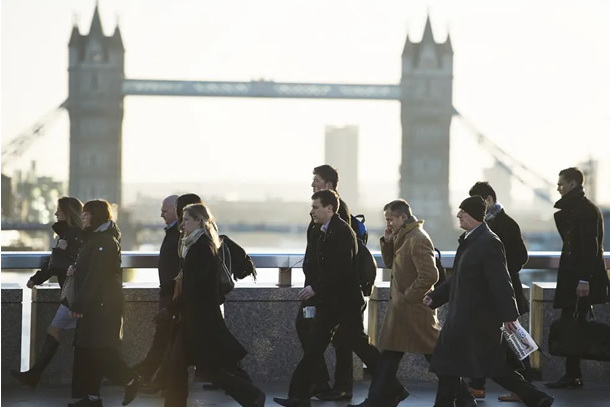 The European Union and the UK will be short by tens of millions of workers by 2050 due to an aging population and insufficient levels of migration, according to a new study from the Center for Global Development (CGD).

The researchers analyzed population projections from the United Nations and the International Institute for Applied Systems Analysis, along with data on international migrant flows. They estimated the total number of people immigrating to Europe by 2050 and their countries of origin, as well as the number of new workers that European countries will need to maintain the proportion of the population that is working age.

“Europeans are living longer and having fewer kids. That’s shrinking the working-age population just as the number of retirees is climbing. That’s likely to put a profound strain on welfare systems and the social safety net, as well as slow economic growth and prosperity for everyone,” said Charles Kenny, an author of the study and a senior fellow at CGD.

According to the study, the United Kingdom will have 3.6 million labour shortage by 2050, France    3.9 million and Germany 7.0 million. In total, the European Union and the UK will have a 43.7 million labour supply gap. The calculation was based on the number of workers needed to maintain the same working-age proportion of the population as 2015, based on projected population growth and migration patterns.

The researchers analysed other ways governments might compensate for worker shortages, including automation, encouraging more women to join the workforce, and raising retirement ages. But they found little evidence that any of these options would be sufficient to meet Europe’s needs.

“More equal opportunities for women in the workforce should be a priority, and giving people the option to work later into life if they want to is great. But neither will go far in filling the worker gap. And countries like Germany and Korea, which lead on automation, show that robots don’t reduce the overall demand for jobs. Migration is the only answer that can close the gap,” said Kenny.

Europe has “one significant advantage,” the researchers write: proximity to Africa. Projections have the continent doubling its working-age population to 1.3 billion by 2050. Yet migrants from African countries are expected to make up just a small percentage of Europe’s worker gap, the researchers find. They estimate that just 4 per cent of Africa’s boom in workers will migrate to any high-income countries for work by 2050, and just 1 in 4 migrants to the EU or UK will be from Africa.

“Africa has an increasing number of young people with the drive and education to thrive in Europe, but too few opportunities at home. Europe has too few people to take the jobs that need doing. It’s a natural fit, and the evidence is clear that migration can benefit everyone: migrants, the countries they go to, and even the countries they come from. But to make that happen, and avert a demographic disaster, Brussels and London will need to wake up to the real migration crisis: that there aren’t enough migrants,” said Kenny.