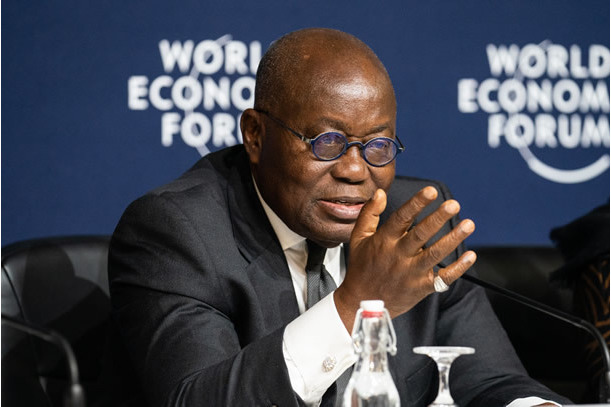 The President of Ghana, Nana Akufo-Addo, and the leadership of the European Investment Bank (EIB), on Wednesday, agreed a EUR 170 million backing from the EIB for the establishment of the National Development Bank of Ghana. The new development finance institution (DFI) is expected to be operational in the coming weeks and will increase access to long-term finance and boost job creation for thousands of businesses in key sectors, including agribusiness, manufacturing, ICT tourism and other services across Ghana.

In a statement it sent to Financial Nigeria announcing the financing partnership deal, the EIB said the financial backing represents the largest ever engagement in Ghana by the world’s largest international public bank and most significant support for a national development institution in Africa.

“Since the start of the pandemic, the EIB has worked closely with visionary governments and private sector partners across Africa to ensure that together we can tackle the health, economic and social impact of COVID-19,” said Werner Hoyer, President of the European Investment Bank. “Together with experts from the Ghanaian government, international financial partners and the EU Delegation in Accra, the EIB is pleased to support the new National Development Bank of Ghana.”

According to Hoyer, the new institution will transform private sector investment across Ghana, enabling thousands of entrepreneurs and businesses to access long-term financing in local currency and strengthen resilience to COVID-19. He said that, over the last 45 years, the EIB has provided more than EUR 626 million to directly support entrepreneurs, agriculture, industry and energy investment across Ghana including the original and renovated Kpong Dam recently inaugurated by President Akufo-Addo.

The announcement took place in Brussels following the African Financing Summit convened by the French President Emmanuel Macron and attended by President Akufo-Addo, along with heads of state and government, and international organisations from across Africa, Europe and the G7.

The new National Development Bank of Ghana will provide long-term wholesale financing, including working capital and investment loans, to the private sector through commercial banks. Apart from the EIB, other financing supporters of the new DFI are the World Bank and the German Federal Ministry of Economic Cooperation and Development (BMZ) through the German Development Bank KfW.

Construction of the original Kpong Dam in 1976 to harness power of the Volta River was the first energy project in Ghana financed by the European Investment Bank. The EIB is now providing EUR 12.5 million for renovation of the Kpong Dam, alongside the French Development Agency, AFD.

The renovated plant is expected to be more efficient, reliable and safe, as well as saving an estimated 400,000 tons of carbon dioxide emissions a year by contributing 1000 GWh of low-cost hydro energy a year to the national grid.

The EIB, the European Union's bank owned by its Member States, is the world’s largest international public bank and last year provided EUR 5 billion for public and private investment across Africa supported by nine regional offices across the continent.