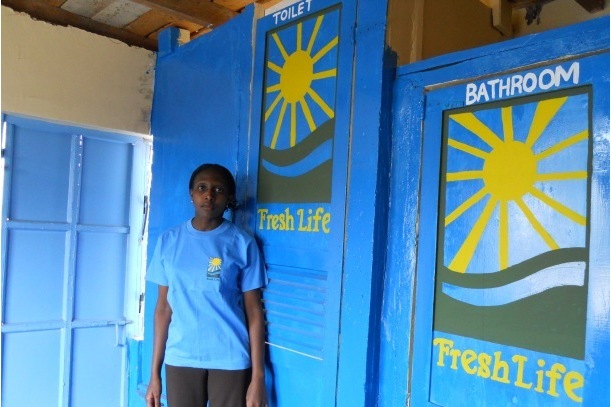 A market-creating innovation strategy is uniquely suited to innovators in growth economies.

Silicon Valley is globally renowned for churning out many of the world’s most innovative companies, so it’s understandable that global entrepreneurs would look to the city for inspiration. But the Silicon Valley business model, which prioritizes hyper-fast growth with rapid return for investors isn’t for everyone. As the global venture capitalist and professor at Middlebury Institute, Alex Lazarow, points out in his book, Out-Innovate: How Global Entrepreneurs – from Delhi to Detroit – Are Rewriting the Rules of Silicon Valley, this type of strategy only works in solid, stable, and upstream markets. Unfortunately, most growth economies don’t exhibit these characteristics.

In growth economies such as Brazil, where access to capital is still a constraint and economic volatility is the norm, the Silicon Valley model will struggle to find its footing.

These challenges don’t mean, and aren’t preventing, entrepreneurship and the startup ecosystem from flourishing and being prosperous in growth economies. By taking a different approach than that of Silicon Valley – one in which the predominant model is to raise unicorns quickly – many innovators in these markets are achieving consistent growth. That’s because capital deployed into poorer countries with less developed institutions, infrastructure, and capital markets has little to no choice but to be patient as these nations slowly build systems that can support future investments.

For companies and innovators to thrive in “growth markets,” it is often necessary to invest in market-creating innovations. These innovations transform complicated and expensive products or services into simpler and more affordable ones making them accessible to a large part of the population – also known as nonconsumers – who couldn’t afford existing products on the market. Through the creation of new markets, these innovations become the lever for growth, stability, and prosperity.

A market-creating innovation strategy is uniquely suited to innovators in growth economies, where large populations of people are nonconsumers of even basic things like reliable energy, quality healthcare, financial services, and so on.

To illustrate, consider the following market-creating organizations operating in Kenya and Bangladesh.

Sanergy provides non-sewered sanitation solutions that serve all urban residents and are five times cheaper than sewers. The company empowers entrepreneurs who operate community latrines that offer a pay-for-use community toilet in non-sewered locations and slums. The waste is collected and treated via anaerobic digestion, a sequence of processes where micro-organisms break down biodegradable matter without oxygen. Sanergy works to convert this waste into animal feed which is sold to farmers. In addition, the company also processes this waste into solid organic fertilizer branded as Evergrow. Sanergy now serves more than 120,000 people daily, and has collected more than 15,000 tons of waste in 2021.

Drinkwell created a new market for pure water that would serve low-income communities in Bangladesh that, for decades, suffered through one of the largest mass-poisonings in human history with arsenic. Drinkwell needed its solution to be simple, affordable, and accessible. Making that happen would require just as much, if not more, creativity than was needed to design the filter. Pricing and profitability structuring models that could ensure access to consumption according to the purchasing capacity and the establishment of a sustainable financial business model were also big challenges for Drinkwell to provide a solution for the water poisoning problem.

Like any market-creating organization, Drinkwell needed more than just a good product; it needed to create a system that would make its solution accessible to people who previously went without safe water. They reimagined their business model from the ground up and developed an elegant system that allowed everyone involved to profit.

Drinkwell designs and manufactures the water filters and sells them to local entrepreneurs who resell them at kiosks, or “water ATMs.” Since launching in 2013, Drinkwell has opened more than 230 water ATMs in Bangladesh and India, creating 340 local jobs and providing clean water to as many as 2,000 households. It aims to scale up to 500 water ATMs by 2022, then to 1,500 by 2024, enabling it to reach a million customers.

Sanergy and Drinkwell are no unicorns. But both organizations are creating new markets for products and services that are impacting hundreds of thousands of people in difficult circumstances. Brazilian innovators can learn from these innovators and the many others in growth economies.

Efosa Ojomo is a senior research fellow at the Christensen Institute, and co-author of The Prosperity Paradox: How Innovation Can Lift Nations Out of Poverty. Efosa researches, writes, and speaks about ways in which innovation can transform organizations and create inclusive prosperity for many in emerging markets. Christimara Garcia, a volunteer at the Christensen Institute, is founder of Catalyze Innovations Initiative, a Brazilian market-creating innovation action tank.