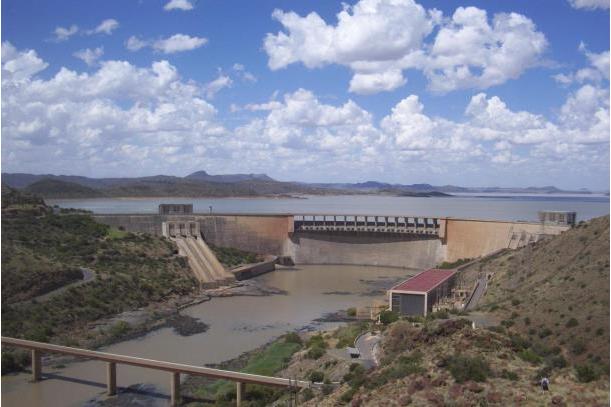 Over one million people in sub-Saharan Africa will contract malaria this year because they live near a large dam, according to a new study which, for the first time, has correlated the location of large dams with the incidence of malaria and quantified impacts across the region. The study finds that construction of an expected 78 major new dams in sub-Saharan Africa over the next few years will lead to an additional 56,000 malaria cases annually.

The research, published in this month's Malaria Journal, has major implications for new dam projects and how health impacts should be assessed prior to construction. Encouraged by the increased volume of international aid for water resource development, sub-Saharan Africa has, in recent years, experienced a new era of large dam construction.

"Dams are at the center of much development planning in Africa. While dams clearly bring many benefits--contributing to economic growth, poverty alleviation and food security--adverse malaria impacts need to be addressed or they will undermine the sustainability of Africa's drive for development," said biologist Solomon Kibret of the University of New England in Australia, the paper's lead author.

Undertaken as part of the CGIAR Research Program on Water, Land and Ecosystems, the study looked at 1,268 dams in sub-Saharan Africa. Of these, just under two-thirds, or 723, are in malarious areas. The researchers compared detailed maps of malaria incidence with the dam sites. The number of annual malaria cases associated with the dams was estimated by comparing the difference in the number of cases for communities less than five kilometers from the dam reservoir with those for communities further away. The researchers found that a total of 15 million people live within five kilometers of dam reservoirs and are at risk, and at least 1.1 million malaria cases annually are linked to the presence of the dams.

"Our study showed that the population at risk of malaria around dams is at least four times greater than previously estimated," said Kibret, noting that the authors were conservative in all their analyses.

Previous research has identified increased malarial incidence near major sub-Saharan dams such as the Akosombo Dam in Ghana, the Koka Dam in Ethiopia and the Kamburu Dam in Kenya. But until now, no attempt has been made to assess the cumulative effect of large dam building on malaria.

Malaria is transmitted by the Anopheles mosquito, which needs slow-moving or stagnant water in which to breed. Dam reservoirs, particularly shallow puddles that often form along shorelines, provide a perfect environment for the insects to multiply. Thus dam construction can intensify transmission and shift patterns of malaria infection. Many other water bodies, including small dams, ponds and natural lakes and wetlands, provide breeding habitat for mosquitoes. In total, there are an estimated 174 million cases of malaria in sub-Saharan Africa per year.

Many African countries are planning new dams to help drive economic growth and increase water security. Improved water storage for growing populations, irrigation and hydropower generation are indeed badly needed for a fast developing continent. But the researchers warn that building new dams has potential costs as well as benefits.

"Dams are an important option for governments anxious to develop," said Matthew McCartney of the International Water Management Institute (IWMI) and a co-author of the paper. "But it is unethical that people living close to them pay the price of that development through increased suffering and, possibly in extreme cases, loss of life due to disease."

The study notes that despite growing evidence of the impact of dams on malaria, there is scant evidence of their negative impacts being fully offset.

The authors make recommendations about how the increased malaria risk can be managed. Dam reservoirs could be more effectively designed and managed to reduce mosquito breeding. For instance, one option is to adopt operating schedules that, at critical times, dry out shoreline areas where mosquitoes tend to breed. Dam developers should also consider increasing investment in integrated malaria intervention programs that include measures such as bed net distribution. Other environmental controls, such as introducing fish that eat mosquito larva in dam reservoirs, could also help reduce malaria cases in some instances.

"The bottom line is that adverse malaria impacts of dams routinely receive recognition in Environmental Impact Assessments, and areas around dams are frequently earmarked for intensive control efforts. The findings of our work hammer home the reality that this recognition and effort--well-intentioned though it may be--is simply not sufficient," said co-author Jonathan Lautze, a researcher at the International Water Management Institute's office in Pretoria, South Africa. "Given the need for water resources development in Africa, malaria control around dams requires interdisciplinary cooperation, particularly between water and health communities. Malaria must be addressed while planning, designing and operating African dams."