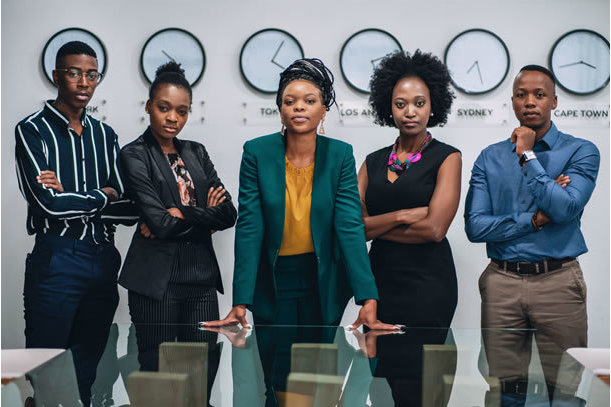 Environmental conservation is a practice that opens the door for governmental, organisational, and individual protection of the environment and natural resources.

0 Comments
Young Africans around the world

With the rapid evolution of technology in construction, food packaging, and mining, paying attention to the incidental effects of these critical sectors on our planet has become a matter of utmost importance. The environmental issues arising from not taking action – or doing too little – are mounting. From waste products piling up in water bodies and endangering life underwater to deforestation and human actions threatening to wipe out terrestrial species, the Earth's fate hangs in a precarious balance.

The main threat to endangered species comes from agriculture and aquaculture, which encompasses fishing, the collection of aquatic resources, food production, and animal farming. As it stands, agriculture and aquaculture are already threatening a startling 7,522 species – 2,562 of which are severely endangered. The utilisation of biological resources, which may influence 2,406 severely endangered species, is the second greatest concern.

In addition, more than 28,000 species, or 27 percent of all assessed species, were threatened with extinction around the globe as of 2019. With 237 species documented to have perished before 2018, the United States has had the greatest animal extinctions, followed by French Polynesia (59), Mauritius (44), and Australia (40). Out of these, seven monkey species are in grave danger of going extinct due to deforestation, hunting, and agriculture, which has led to the endangerment of all 22 known species of apes. This includes the Roloway monkeys, who are only estimated to number 2,000 in Côte d'Ivoire and Ghana.

48 species of the 494 critically endangered species in the US are expected to suffer as a result of wastewater, industrial and agricultural effluents, trash, pollutants, and excessive energy pollution. This means that 69 percent of these species will continue to become extinct in the future. One plant and 47 animal species, including eight bumblebee species, are included on this list. With 932 species listed as being at risk in 2018, Australia similarly has a high level of endangerment, and 52 percent of those species are expected to decline.

The rare hawksbill turtle, which has an estimated population of between 20,000 and 23,000 nesting females, is among the list of endangered creatures in this number that are projected to be impacted by climate change.

It's not surprising that the hawksbill turtle population is declining, given that recent research indicates that reptiles are especially vulnerable to the adverse effects of plastic pollution and that over one million marine animals are reportedly killed each year as a result of plastic debris in the ocean.

According to another study published in the journal Science Advances, in 2019, one-third of all tropical African plant species are potentially in danger of going extinct, and another third are likely to do so soon. The study shows that 6,990 plant species analysed out of the more than 22,000 found in RAINBIO – an open access database of African plants – were under threat of extinction. The researchers also found that 38 percent of the species assessed might also be threatened with extinction soon.

The journal also states that there is an urgent need to determine the risk of plants in the continent going extinct due to the growing dangers that tropical African plants face from various activities, such as fuelwood collecting and deforestation for agriculture and mining.

Numerous fundamental environmental dilemmas are severely affecting human existence. All of these issues, including overcrowding, hydrological problems, ozone depletion, global warming, deforestation, desertification, and pollution represent a serious threat to humankind's continued survival. It is pointless to anticipate positive progress until environmental protection becomes a powerful mass movement, particularly in the era of digital media, which has the power to spark a revolution and prevent the destruction of our world.

Afforestation is one of the most critical environmental conservation techniques. It entails planting of new trees and preventing the cutting down of existing ones. Trees are essential to maintaining the ecological balance. The 3Rs, or Reduce, Reuse, and Recycle, as well as other approaches like dry and wet waste segregation, are available as options to assure minimal waste and easy garbage disposal.

Furthermore, if the next generation does not fully accept the idea of environmental conservation, it would be mistaken to expect beneficial progress. Finding a good school or foundation with any ecological programs could be a necessary step in educating young adults – and even kids – about the value of the environment. This is definitely one of the best methods to support the children as they begin their journey toward environmental awareness.

Very few opportunities exist in the African eco-friendly space for youngsters to be introduced to healthy environmental practices. Bearing this in mind, Access Bank is partnering with Nigerian Conservation Foundation as the foundation hosts its third annual summer children's camp. The camp, which began in 2020 as a free virtual escape for children during the pandemic, has evolved into a platform for early childhood and teenage sensitisation on the benefits of eco-friendly life. The 2022 edition themed "It’s Time for Nature" rides on the heels of the past two editions, which grew from a Google Classroom and WhatsApp-based event to a 3-week-long physical camp at the Lekki Conservation Centre.

The summer camp featured activities such as gardening, upcycling, nature hikes, and green cooking involving 50 children from all walks of life. The foundation, which established the Lekki Conservation Centre and the Hadejia-Nguru wetland conservation project, also organized training in robotics, tie-dying, storytelling, coding, designing platforms for environmental campaigns, and art and craft for children within the age of 7-17 years.

For many children, this opportunity could be one of a lifetime, as well as the beginning of a passion for an environmentally friendly life. This will lead to a greater impact on the long-term achievement of environmental sustainability. Furthermore, initiatives like this lay the foundation for a future of healthier people free from the adverse effect of ecological decay on human health and wellbeing – a healthy planet with healthy inhabitants. This goal is truly worth of the devotion of extensive resources.