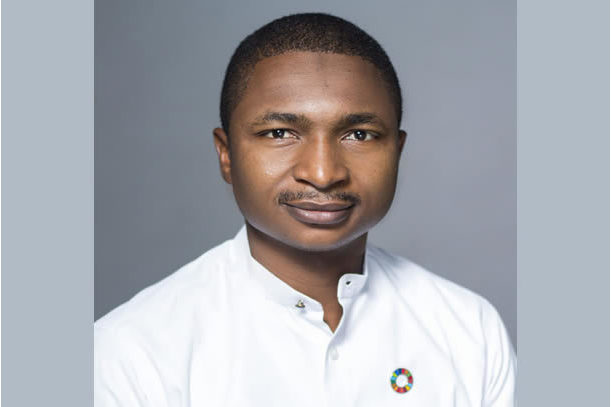 Hamzat Lawal, a Nigerian anti-corruption activist and co-founder of Connected Development and the Follow the Money initiative, has emerged as one of the five finalists for the WIN WIN Gothenburg Sustainability Award. The winner of the global award will get one million Swedish krona, equivalent to 117,614 US dollars, according to conversion today on qe.com, in prize money.

In a statement it sent to Financial Nigeria today, the award organiser said it has over the past few months sought nominations from individuals and organisations that actively combat corruption and thereby improve the opportunities for the world's countries to achieve the UN's Sustainable Development Goals (SDGs). The statement said the world’s leading sustainability award is focused this year on drawing attention to anti-corruption heroes.

According to the Organisation for Economic Cooperation and Development (OECD), World Bank and the IMF, $4 trillion is lost every year to corruption. The enormous amount is much bigger than the $2.930 trillion yearly financial gap that needs to be filled in order to achieve the SDGs by 2030. The WIN WIN Gothenburg Sustainability Award said that the work against corruption is a necessary condition for global sustainable development.

“The calculations of how much money disappears in decision-makers' pockets is just the tip of the iceberg,” said the award’s jury chairperson Emma Dalväg. “The societal costs of corruption are enormous, and they have a major impact on our ability to achieve … economic, ecological and social sustainability. Anti-corruption is a matter for us all and therefore we are very happy to be able to draw attention to prominent individuals and organisations in the area.”

The award organiser said corruption increases poverty, complicates effective climate action, and hinders the chances of achieving global goals. Money specifically set aside for healthcare or sustainability projects all too often ends up in the pockets of decision-makers, and companies and organisations bribe themselves free from laws and regulations that apply to everyone. In the end, it is the already vulnerable who suffer the most.

Since the theme of anti-corruption was revealed in October 2020, the jury of the WIN WIN Gothenburg Sustainability Award have received nominations of initiatives and candidates who actively oppose corruption and thus strengthen opportunities for a sustainable future. Following evaluation of the 64 nominations received from 34 countries around the world, the jury has shortlisted five finalists that were unveiled today.

Lawal was shortlisted for his tireless commitment to strengthening the local civil society and for his large-scale campaigns which have succeeded in creating transparency about public spending and ensuring that international aid funds end up where they should, the award’s jury said.

Among the finalists is Jóhannes Stefánsson, the Icelandic whistleblower who revealed ‘The Fishrot Files’, the corruption scandal with roots in Iceland and Namibia. The jury selected Stefánsson for his courage to speak up and leave his post as leader of the fishing company Samherji's operations in Namibia in protest against the corrupt methods his company engaged in to ensure access to fishing quotas. The act shows the importance of individuals in the business world who have the courage to take a stand against abuse of power and corruption.

Another finalist is Integrity Watch Afghanistan (IWA), a non-profit organisation in Afghanistan that works to shed light on corruption through revelations, surveillance, and advocacy. IWA was shortlisted for its range of efforts to systematically combat corruption, such as the mobilisation of local volunteers to monitor government projects.

International Consortium of Investigative Journalists (ICIJ), a global network of reporters and media houses working together to expose corruption among those in power, was shortlisted for its work in highlighting international money laundering and publishing stories such as The Panama Papers and China's detention camps for the Muslim minority group Uighurs. ICIJ contributes to strengthening the journalist corps as an important social group in the fight against corruption by working together and making the individual journalist less vulnerable.

The other finalist is Nicola Gratteri, the lead prosecutor in Italy’s largest anti-mafia trial, overseeing the prosecution of over 350 people with alleged links to the southern Italian mafia organisation 'Ndrangheta. The jury said Gratteri was determined to put the safety of the collective before his own, while being forced to live under constant threats of reprisals from the criminal syndicates he has set out to fight. Gratteri’s story shows the importance of countries having well-functioning formal institutions that are taken seriously and used correctly, the jury said.

“This year's finalists all show great integrity and impressive social responsibility,” Dalväg said. “Fighting corruption often involves risks and requires courage. We are very proud to present a wide range of finalists who, in different ways and in different parts of the world, fight for a … fair and sustainable world.”

WIN WIN Gothenburg Sustainability Award aims to recognise and support outstanding contributions from around the world for the benefit of humans, the planet, and our common future. For this year's theme, WIN WIN Award is collaborating with the Swedish arm of the leading anti-corruption organisation, Transparency International.

This year's award winner will be announced on April 21.