As long as NNPC Limited is wholly- or majority-owned by the government, the company will be unable to raise secured debt from banks.

0 Comments
A view of NNPC Towers

On 16 August 2021, after several attempts in the last decade, the Petroleum Industry Bill finally passed into law, upon presidential assent to the bill by President Muhammadu Buhari. The Petroleum Industry Act (PIA) was enacted at a time when fossil fuel-reliant frontier markets, such as Nigeria, are having to contend with the implications of the global transition to cleaner and renewable energy sources. Nevertheless, the PIA is expected to bolster the capacity of Nigeria’s oil and gas industry to compete globally in the near to long term.

To this end, the new legislation introduced a number of sweeping changes to improve the regulatory efficiency and economic appeal of the Nigerian oil and gas industry. Some of the headline introductions include the conversion of the national oil company from a statutory corporation, Nigerian National Petroleum Corporation (NNPC), to a registered private company – Nigerian National Petroleum Company Limited (NNPC Limited); reduction of royalties and taxes; unbundling the industry regulator, Department of Petroleum Resources, into the Nigerian Upstream Petroleum Regulatory Commission (focused on the upstream subsector) and the Nigerian Midstream and Downstream Petroleum Regulatory Authority (in charge of the midstream and downstream subsectors); and the establishment of a gas infrastructure fund to de-risk gas infrastructure projects through equity financing from the government.

The PIA is an economic legislation at its core, because it defines the rules of engagement in a sector that contributes 60 percent of government’s revenue. Thus, the success of the legislation will be ultimately assessed on the extent to which it enables the country to maximise the extraction of financial value from its abundant crude oil and gas reserves, over and beyond the levels attained under the framework of the old Petroleum Act. 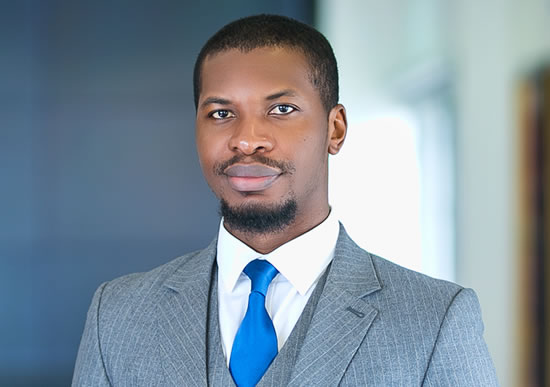 A major yardstick for future assessment of whether the Petroleum Industry Act has afforded Nigeria an improved economic return on its energy resources would be the financial performance of NNPC Limited. The private company is the vehicle through which the country is to continue to commercially participate in the exploitation of hydrocarbons.

Therefore, it is essential that NNPC Limited does not suffer from similar constraints that hindered NNPC’s performance from reaching its full potentials. Under the dispensation of the old Petroleum Act, one of the biggest challenges NNPC faced was its limited capacity to fund cash calls for joint-venture assets with the international oil companies (IOCs) and production activities in assets it solely owned. NNPC’s financial limitations, in spite of its strong portfolio of assets, derived from two principal sources: the Nigerian constitution and the country’s World Bank debt.

As a state-owned enterprise, NNPC’s revenues and expenditures were controlled by the Nigerian constitution, which required the corporation to pay its revenues into the Federation Account. NNPC also statutorily required pre-approval of its expenditures by the National Assembly in the annual appropriation acts. With its expense budget circumscribed by public budget-making, NNPC could not freely use its revenues to fund cash calls and projects and was also unable to take on the level of risks typical of upstream operators.

With respect to the World Bank, Nigeria’s indebtedness to the multilateral development bank subjects the country to the World Bank Negative Pledge (WBNP). The implication is that, until the debt to the Bank is fully repaid, private or public entities majority-owned or controlled directly or indirectly by the Nigerian government, its agencies, etc. are restricted from creating security over their assets in favour of any lender.

The WBNP significantly hampered NNPC’s ability to raise secured loans from conventional lenders. By practice, and by regulation in many cases, the lenders typically require collateral from borrowers to secure loans. NNPC was unable to satisfy this condition due to its ownership and the WBNP. In the circumstance, the national oil company had to resort to alternative financing models, such as structured prepayment financing, which is often significantly more expensive than bank loans, and has a limited lender pool, to fund its development and production activities.

These financing constraints adversely impacted NNPC’s ability to compete favourably at the top-end of the global energy market, where agility and a strong risk appetite are consistent traits among the more successful players. It is feared that NNPC Limited will suffer the same limitation as NNPC, at least in the immediate term.

The PIA attempts to financially unshackle NNPC Limited in the way that NNPC was not, but it falls short. While the PIA resolved the constitutional issue by stipulating that NNPC Limited shall conduct its affairs like a commercial enterprise without its purse strings being pulled by the government, the legislation appears to overlook the WBNP constraint. Similar to the ownership structure of NNPC, the PIA provides that NNPC Limited will, upon incorporation, be wholly owned by the Federal Government of Nigeria (FGN) through two of its entities: the Ministry of Finance Incorporated and Ministry of Petroleum Incorporated, on behalf of the Federal Republic of Nigeria. From a World Bank’s perspective, therefore, the shareholder composition of NNPC Limited means it is not different from NNPC, even though the PIA intends that NNPC Limited is treated as a private company registered under Nigeria’s Companies and Allied Matters Act.

As long as NNPC Limited is wholly- or majority-owned by FGN entities, the company will be unable to raise secured debt from banks. In this circumstance, from the outset, NNPC Limited will be at a disadvantaged position. It will only be able to procure expensive credit to fund its activities, unlike its competitors in the domestic and global market that are able to raise lower-priced bank loans to finance their operations.

For NNPC Limited to be able to leverage the large portfolio of oil and gas assets that it will assume from NNPC, for the benefit of the Nigerian economy as contemplated by the PIA, it is critical that its current shareholding structure is urgently adjusted. The FGN, as a top-priority matter, should divest at least 50 percent of its equity holding in NNPC Limited. This is how the company would be best recognized as a private sector company, which would enable it to leverage its capital structure and asset size in ways that NNPC could never do over the past decades.

Otherwise, the PIA runs the risk of failing as an economic legislation, which is the parameter against which it will be mostly judged in the coming years. Thankfully, the new petroleum law contemplates a future government divestment of its shares in NNPC Limited to private investors. The leadership of NNPC has also mooted the possibility of NNPC Limited undertaking an initial public offering (IPO) by 2024.

However, it is argued here that the time for the divestment is ‘now’ – not in 2024. Without immediate access to competitively-priced debt in a capital-intensive oil and gas industry, NNPC Limited will very likely be an unattractive investment prospect in a matter of months from the date of its incorporation, let alone years. While an IPO at a future date would be a welcome idea, immediate bilateral share divestment deals are crucial, given that the PIA does not proscribe the private sale of shares in NNPC Limited, provided such sale is signed off by the FGN and the National Economic Council.

The government is urged to draw inspiration from the success of Nigeria LNG Limited (NLNG), which was made possible largely because the FGN held only 49 percent of the company’s shares. Private companies own the remaining 51 percent. This positioned NLNG outside the confines of the WBNP and allowed the gas producer the commercial latitude to raise a cumulative sum of circa $10 billion in secured debt since its incorporation in 1989. The financing enabled the development of its production trains 1 – 7.

Since NLNG commenced operations in 1999, it has paid over $18 billion as dividends to the FGN (through NNPC) and $9 billion in federal taxes. It is believed that NNPC Limited has the potential to pull off a similar feat if its initial shareholding structure is quickly reorganized to remove the company from the shackles of WBNP. The divestment of at least 50 percent of the shares of NNPC Limited (after its incorporation) to private entities cannot happen sooner.

Chidubem Okoye is a finance and projects attorney. He has been ranked by the International Financial Law Review (IFLR) for his work on complex, market-defining oil and gas transactions in Nigeria. Chidubem is a Senior Associate at Olaniwun Ajayi LP.