Nigeria may finally realise its energy potential 60 years after independence Like those who celebrated Nigeria’s independence in 1960, I’m hopeful about the country’s future.

On October 1, 1960, everything seemed possible for Nigeria. After nearly 80 years of British colonial rule, Nigeria was finally an independent nation. With its political autonomy, there was every reason for Nigerians to envision a bright future for themselves and their country – one in which Nigeria’s vast oil and gas reserves would deliver widespread prosperity, stability and growth.

Tragically, Nigeria’s story moved in a different direction. Yes, there was a brief period of economic growth; but that was followed by multiple military coups, a civil war, military rule, corruption and poverty. Instead of helping everyday Nigerians, the country’s oil wealth went to an elite few, while leaving communities, particularly those in the Niger Delta, to deal with environmental degradation and dwindling means of supporting themselves. Instead of using its oil revenue to diversify the economy, Nigeria has made oil the primary source of government revenue. 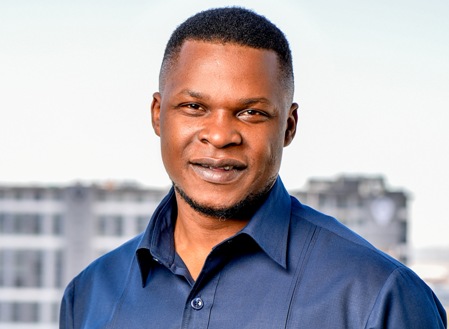 I still believe that 60 years of independence is an important milestone. We still have much to celebrate, including a future in which we can right the wrongs of our past.

Although getting Nigeria to the point where it can realize the full potential of its petroleum resources has been slow-going, the country appears to be on the right track. As I write this, Nigeria’s long-awaited Petroleum Industry Bill (PIB) – intended to bring transparency and new life to the country’s oil and gas sector – is closer than ever to passage into law. Nigeria is working to monetize its natural gas resources, and we’re seeing great interest in the latest marginal fields bid round.

So, like those who celebrated Nigeria’s independence in 1960, I’m hopeful about  the country’s future. My optimism may be tempered a bit by Nigeria’s unresolved challenges, including continuing concerns about government transparency. But it has not by any means been extinguished. I truly believe that Nigeria can learn from its mistakes, take a strategic approach to the opportunities before it, and create a country where all Nigerians can begin a new chapter of safety and prosperity. Then, Nigeria’s energy industry can realize its full promise.

Just like I believe that Nigeria’s oil and gas are key to improving the country’s future, I see that mismanagement of these resources has contributed to many of the country’s struggles. Too many times during the last 60 years, Nigeria’s government has missed opportunities to channel the country’s oil and gas resources into economic development. It has been particularly frustrating to see Nigeria – with natural gas reserves currently at an estimated 203.16 trillion cubic feet – struggle with energy poverty. Only about 45% of Nigerians have access to electricity, and even those with access experience regular power outages.

Again, weak governance plays a role in this. Security issues and corruption are major contraints to development of power plants and foreign investment in infrastructure. Meanwhile, the World Bank estimates the economic cost of power shortages in Nigeria is about $28 billion or 2% of  gross domestic product (GDP). Lack of power impedes Nigerian entrepreneurship, private investment and job creation.

I’m certain that Nigeria could bring reliable power to more people by harnessing its natural gas resources. And, to its credit, the government has been talking in recent years about putting an end to Nigeria’s costly and wasteful natural gas flaring – more than 276 billion cubic feet of natural gas was burned off from Nigeria’s oil fields between September 2018 and September 2019 alone. But Nigeria’s progress on this front has moved at an agonizingly slow pace. The government, for instance, set a Zero Routine Flaring target for 2020 but announced in August 2019 that it will not be able to meet this target. It also has failed to set a new target to end gas flaring.

Then, there is the issue of corruption, which has fed into dangerous chain reactions. Corruption was used to justify military coups. More recently, frustration over corruption has eroded confidence in local governments. What’s more, corruption and mismanagement in Nigeria’s security sector have hampered  the government’s ability to effectively protect Nigerians against Boko Haram and other violent criminals.

This year, with Nigeria’s economy dealing with the one-two punch of the COVID-19 pandemic and low oil prices, decisive government action is more critical than ever. Mainly due to the pandemic, the economy contracted by 6.1% in the second quarter of this year, and 27% of Nigeria’s labour force was unemployed in the same quarter.

I want to be clear: Nigeria’s problems are not insurmountable. In fact, the country is stratigically positioned to capitalise on its natural resources. If the country can start doing that now, it will be well on its way to a better future.

All is not lost – far from it

While there’s no guarantee that Nigeria’s PIB will become law this year, it has reached an important milestone. President Muhammadu Buhari approved an updated version of the bill and presented it to the National Assembly in September. Both chambers of the legislature have to pass the bill before it can be sent to the president for his signature. If it becomes law, the PIB would be transformational for Nigeria’s oil and gas industry and, ultimately, for the country as a whole.

If oil and gas production stabilize, for example, Nigeria’s government would be better positioned to create jobs in the Niger Delta region, thereby contributing to greater stability in the region. Also, more investment by international oil companies (IOCs) could lead to much-needed infrastructure in the region. And greater oil and gas revenue – followed by economic growth and diversification – would help the government to boost investment in security.

The PIB’s progress is good news, but it’s not the only reason I’m optimistic for Nigeria. The government also deserves praise for launching, through the Department of Petroleum Resources (DPR), its first marginal fields bid round in nearly two decades. Marginal fields hold discovered resources that have been left unattended for more than 10 years. Nigeria is offering 57 fields with total resources estimated at about 800 million barrels of oil and 4.5 trillion cubic feet of gas. Already, interest in the marginal fields has been high, and this could be just the jumpstart Nigeria needs to rekindle interest in the country’s untapped resources.

I also find it encouraging that Nigeria has moved a step closer to natural gas monetization through the DPR’s creation of the Nigerian Gas Flare Commercialization Programme. Proper channeling of flared gas could boost the country’s GDP by up to $1 billion per year, the department estimates. It could create up to 300,000 jobs, produce 600,000 million tonnes of liquefied petroleum gas per year, and generate 2.5 gigawatts of power. I commend the federal government for creating this programme.

Also working in Nigeria’s favour is the country’s membership in OPEC. Not only has OPEC played a critical role in stabilizing global oil prices through production cuts this year, the organisation has also been working to secure the fair value of member countries’ oil resources with the understanding that a thriving petroleum industry contributes to economic growth and improved standard of living. I believe Nigeria’s membership in the OPEC Fund for International Development, a multilateral development finance institution that targets key projects in energy, transportation, agriculture, water, education, and health, will be beneficial for the country as well.

Nigeria’s independence must be respected

As Nigeria takes measures to revamp its petroleum industry, its leaders should be prepared to stand their ground against external forces eager to remake Nigeria’s future in the image they want for it. I’m referring to western environmental groups intent on influencing how Nigeria, and other African countries, transition from fossil fuel production to sustainable energy sources. Many of these groups have been pressuring investors to stop supporting oil and gas projects in Africa as a way to fight climate change. Frankly, they need to back off.

Nigeria is celebrating 60 years of independence. This is not the time to impede the nation’s growth. Outsiders need to respect Nigeria’s right to control its own destiny and to choose its own path to economic prosperity. Nigeria should be the one to map out and executive its energy transition. And it must do it on its own timetable. The country is already embracing green technologies. With a $350 million World Bank loan, Nigeria plans to build 10,000 solar-powered mini-grids by 2023. The government is also investing in hydropower projects, including the $5.79 billion Mambilla Power Station in north-easten Nigeria.

Nigeria is so close

Sir Abubakar Tafawa Balewa, Nigeria’s first prime minister, had this to say about an independent Nigeria: “Our political advance will be of no value if it is not supported by economic progress.” He was absolutely right.

Nigeria needs revenue to resolve its challenges, and that revenue is within Nigeria’s reach. With the necessary legislation in place, Nigeria can revitalize and capitalize upon its oil industry. And instead of flaring its abundant gas, Nigeria can start using it to power households and businesses, as well as provide feedstock for making petrochemical products. The gas can even play a valuable role in Nigeria’s energy transition by providing revenue for green initiatives.

All of this is possible. Nigeria simply needs effective legislation and policies for businesses to thrive. One of the best ways Nigeria could celebrate its 60th anniversary as an independent nation would be to finally put those measures in place.