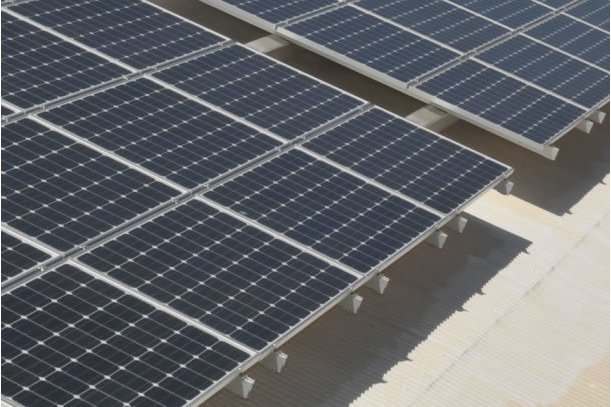 The facility will enable PAS Solar Limited, a UK-based developer, expand access to clean energy to some isolated communities in northern Nigeria.

The Renewable Energy Performance Platform (REPP), a UK-government funded programme that helps renewable energy developers to overcome barriers to finance, has arranged a $10 million syndicated loan facility to scale up efforts to bring electricity to some isolated communities in northern Nigeria. According to a statement released on Friday, the senior debt facility, with a five-year tenor, will enable PAS Solar Limited, a UK-based developer, expand access to clean energy to some of the country’s remotest communities.

REPP was founded in 2015 to catalyse the growth of sub-Saharan Africa’s renewable energy sector. Supported with £148m funding from the UK’s International Climate Finance through the Department for Business, Energy and Industrial Strategy (BEIS), REPP works to mobilise private sector development support to small- to medium-sized projects – typically up to 25MW.

According to a statement by Camco Clean Energy, the REPP manager and a global leader in sustainable energy projects finance, REPP has so far committed $2.2 million to the syndication, which includes the early stage funding assistance. A further $3 million has been committed by the EC-sponsored Electrification Financing Initiative (ElectriFI) facility, managed by EDFI Management Company. The remaining $4.8 million of the syndication is available to lenders as an accordion facility.

“PAS Solar has proven its potential and this syndicated facility lays the groundwork for the developer to access a range of funders as it grows," said Geoff Sinclair, REPP Investment Manager and Managing Director at Camco Clean Energy. “We are confident that the mechanism will quickly attract more lenders and PAS can continue its remarkable work bringing clean and affordable electricity to some of Nigeria’s most underserved communities.”

PAS Solar has installed more than 3,500 solar home systems (SHS) for households and micro enterprises, with early-stage funding assistance from REPP. Using technology developed by another UK firm, BBOXX, the units are providing LED lighting and clean power for a range of electrical appliances to an estimated 17,500 people in five of the country’s northern regions.

With the $10 million syndicated loan facility, PAS Solar is looking to increase the number of installations to at least 35,000 over the next five years. This will bring the total number of people getting first-time access to clean electricity through the project to over 150,000.

PAS Solar’s CEO, Marcus Heal, said the company was extremely pleased with the early successes that have been achieved through rolling out the British technology in a challenging environment, adding that, “The benefit that our customers will gain from the service is transformational and we are proud to be building this business with the support of REPP and other co-investors.”

Camco Clean Energy said SHS in Nigeria underlines the important role standalone SHS have in providing a cost-effective power supply for lighting and appliances to remote, off-grid households, and demonstrates the financial viability of such initiatives to other developers and investors.

The project is expected to cut greenhouse gas emissions by 3,420 tonnes CO2e per year, while providing improved energy access to 175,000 people and creating 286 jobs in the duration of the operations. Total capacity of electricity to be generated is 1.75MWp.

Dominiek Deconinck, ElectriFI Fund Manager, said, “We are delighted to partner with PAS and REPP to reach out to remote rural communities in Nigeria and bring access to electricity, which is a key driver to economic development. This investment responds very well to the impact ambitions of the ElectriFI facility, and will help improve the lives of around 150,000 people, replacing harmful kerosene with clean and sustainable solar solutions.”