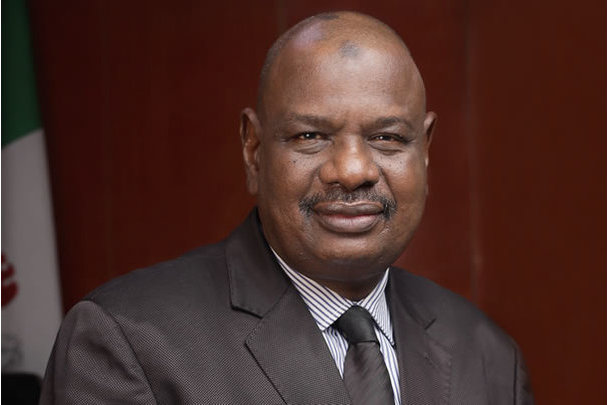 TCN has invested more in power infrastructure than any of the privatized arms in the power sector.

In this interview, the Ag. Managing Director, Transmission Company of Nigeria (TCN), Sule Ahmed Abdulaziz, debunks the popular notion that transmission is the weakest link in the power industry value chain and provides details of some transmission projects that have been recently completed by the company, and the rationale for the supply of electricity from Nigeria to some of the neighbouring countries. He spoke to Jide Akintunde, Managing Editor, Financial Nigeria.

Jide Akintunde (JA): Perhaps for their acronyms, the DisCos (distribution companies) and the GenCos (generation companies) are more familiar to the electricity consumers in Nigeria. In practical terms, what is the role of TCN in the Nigerian power market?

Sule Ahmed Abdulaziz (SAA): TCN plays a critical and central role in the Nigerian power market value chain, otherwise referred to as the Nigerian Electricity Supply Industry (NESI). It is licensed by the sector regulator, Nigerian Electricity Regulatory Commission (NERC), to perform three essential roles. The first is that the TCN is the Transmission Service Provider of the NESI; as such, TCN is responsible for constructing, maintaining and operating high voltage transmission infrastructures like 330kV and 132kV substations and their components; and 330kV and 132kV lines and their components. These infrastructures carry bulk supply from GenCos to delivery interfaces at the DisCos.

Secondly, TCN provides System Operation services, which includes the scheduling and dispatch of GenCos to provide electricity to DisCos at over 800 delivery interfaces, management of transmission line flows, performing demand forecasts, and procurement of ancillary services.

Thirdly, TCN houses the Market Operations functions of the Nigeria Electricity Industry. These functions include administration of all wholesale markets in the industry, the implementation and enforcement of the Market Rules that guides the industry.

It is important to note that TCN does not distribute electricity directly to consumers except for factories and processing plants that consume a huge amount of power and that connect directly to TCN high voltage transmission facilities. We, however, move electricity from generation companies on a high voltage and step it down from 330kV, to 132kV and then to 33kV, for the DisCos to offtake and further step down the voltage level, before feeding the customers.

JA: Some commentaries say that transmission is the weakest link in the Nigerian power value chain. Is there any validity to this, or how would you like to disprove the view?

SAA: This is a misconception and is completely devoid of merit within the context of the current dispensation. There is, however, a historical perspective that must be brought to bear on this conversation to bring clarity to this ill-conceived notion. In the pre-privatization era and under the vertically integrated monopoly of power supply in the country, transmission facilities were aged, decayed, outdated, and grossly inadequate to evacuate generated power.

However, following the privatization and the creation of TCN as a licensed operator in the NESI, specific programs and projects have been undertaken by the company with the support of the Federal Government and donor partners to not only expand TCN’s national coverage but also to deliberately upgrade and expand the network to meet growing transmission demands.

There has been a marked improvement in grid stability, efficiency, and deliverability leading to a significant reduction in the incidence of system collapse in recent times. TCN has been able not only to plan strategically but also to deliver several power transformers and substations as well as reconductored and upgraded transmission lines in many corridors across the country. For instance, we recently completed the reconductoring of the Kebbi – Sokoto 132kV transmission line; the reconductoring of the Ikeja West – Alimosho – Ogba – Alausa 132 kV line in Lagos is ongoing. Others are Kaduna – Kano – Katsina 330kV double circuit lines and substations, and the Kaduna – Jos – Gombe 330kV double circuit line, among others.

Previously 0ngoing substations have also been completed and new ones built, such as the Gagarawa Substation, new transformer in some substation such as in Kunbotso in Kano, Ajah in Lagos, Kubuwa in Abuja. We equally carried out scheduled maintenance and procured spare parts, which have reduced downtime to bare minimum. These improvements, which cannot be exhausted, have led to TCN recording eight new peak generations which were successfully transmitted through the enhanced grid.

JA: Revenue and investment are two major challenges in the Nigerian power market. How is TCN – a public company – affected by these two challenges, and what is it doing to address them?

SAA: Yes, cost reflective revenue and adequate investments have eluded the sector for a long time. And it is one of the major reasons for privatizing parts of the sector.

However, like I said earlier, the creation of TCN as licensed operator has given TCN the vantage position to seek creative ways to invest and meet the desires of Nigeria. One of such way is the use of access to concessionary loans from development agencies like the World Bank and Agence Française de Développement (AFD). These loans have been deployed for massive grid expansion projects and rehabilitation projects. These projects are in addition to the projects funded by the Federal Government of Nigeria’s budget and TCN’s internally generated revenue (IGR). TCN was able to access these developmental loans by strengthening itself and making the institution viable and trustworthy. With the newly established trust comes a lot of opportunity to access funds at concessionary rate. These loans, together with the IGR and budget allocations, are what is responsible for the massive expansion of the grid and continuous rehabilitation of existing TCN infrastructures.

While not being boastful, you can agree with me that a company doing this amount of investment in the sector can be said to be the strongest link in the sector. I am not saying we have solved all the problems of revenue and investments; but we are constantly being creative and seeking active collaboration.

All what I have mentioned, would not have been possible without the support of the Ministry of Power, which has played the role of an enabler and catalyst for development in the Power Sector. TCN is equally grateful for the role of the Ministry of Finance in accessing these loans, and to its regulator: the NERC.

JA: Despite the weak performance of the power market as a whole, what are the achievements you would like to credit to the TCN since the unbundling of the government monopoly in the power market, especially in recent times?

SAA: First, I would like to quickly point out that the unbundling of the Power Holding Company of Nigeria (PHCN) and eventual privatization of the power sector in 2013, which led to the birth and licensing of TCN, helped to clarify the role of the company in the power supply equation in the country. With a very committed management team coupled with the support of the Federal Government and its development partners, TCN has recorded significant milestones in the system in recent times.

The achievements are attributable to various strategic projects and programs embarked upon by the company to ensure grid expansion, stability, and reliability in the efficient transmission of bulk power in the country. Through the strategic plan code-named Nigeria Electricity Grid Maintenance, Expansion and Rehabilitation Program (NEGMERP), TCN has executed several capital projects and reinforcement projects across the transmission regions in the country.

We procured and installed critical spares for quick turn-around maintenance. This has greatly reduced downtime and increased efficiency. More needs to be done as we plan for further decentralization of our stores to make the spares much more reachable.

Some key projects in the grid which had been abandoned were resuscitated; some have been completed and connected to the grid, while others will soon be completed. We also have several donor-funded projects, some have been completed and energized, while the others are ongoing. When most of these projects are completed, they would further enable TCN to unlock more energy flow to the Discos.

Frankly, I cannot list all the projects and interventions that have gone into TCN within the last few years; they are numerous. TCN has invested more in power infrastructure than any of the privatized arms in the power sector. JA: With their demand for electricity unmet, Nigerians feel scandalized with the information that the country supplies electricity to some neighbouring countries. Are TCN’s international operations profitable and/or otherwise beneficial to Nigeria?

SAA: Without dwelling much on the nitty-gritty of the answer to this question, let me quickly say that the cross-border sale of electricity to neighbouring countries, namely Benin Republic, Togo, and Niger Republic is driven by both diplomatic and economic considerations which in the long run are beneficial to Nigeria.

Under an international treaty, Nigeria is obligated to supply power to Niger Republic through which the River Niger passes. The idea of the international supply is because the water that is used for hydro–generation that forms part of our fuel mix comes from this international source. A bilateral agreement was, therefore, entered into that Niger Republic will not dam their part of the River Niger provided we are ready to supply the power at a good and affordable tariff. So that is what is happening.

Secondly, electricity supplied across our borders is not part of that required for local consumption; the quantum of electricity mapped out under Multi Year Tariff Order (MYTO) is always available on the grid for offtake by the Discos. This arrangement is equally beneficial to Nigeria because the country has a comparative advantage in terms of cheaper production. Selling electricity also enables Nigeria to generate employment and foreign exchange from power export.

JA: What are the major ways that TCN plans to continue the modernisation of the transmission and grid infrastructure, as well as expand the coverage of electricity in the country?

SAA: Optimization and reinforcement of the existing infrastructure to address the identified weaknesses in the system is our key strategy towards delivering more power to distribution load centres nationwide. While expansion is being pursued to cater to new and future demands, we would continue to upgrade our network components and build new substations and lines. These are to improve our capacity to move electricity more efficiently in anticipation of more load up-take by the Discos. As I said previously, we have recently completed some new transformers installation and reconductoring of lines in different parts of the country. Many more of these projects are ongoing.

We are also deploying modern technologies towards reducing losses to a lower single digit.

JA: What is your outlook for the Nigerian power market and the role that TCN will play in delivering a positive outlook?

SAA: The nation’s power market is progressing, but more work still needs to be done in all members of power sector value chain, which are the generation, transmission and distribution sectors. There is an infrastructural deficit, especially in the distribution networks. TCN is already working on a massive overhaul of its network, rehabilitation as well as building new substations. Donor agencies are already playing massive roles in terms of funding for projects which are already ongoing. Several of the projects have been completed and energized.

The transmission grid is becoming more stable as more projects are completed and connected to the grid. This is because we have intentionally undertaken several maintenance projects including spare part replacement, additional transformers installation, and are gradually revamping the entire system and of course we are doing these and much more with close attention to staff capacity building, which we have equally made a priority. We are training and re-training staff quarterly for effective electricity delivery.

As TCN continues to efficiently expand its capacity, grid efficiency and stability will continue to improve, further enhancing the deliverability of bulk electricity to distribution companies nationwide and positively impacting the national economy.