Strategies to minimise food waste and protect the environment 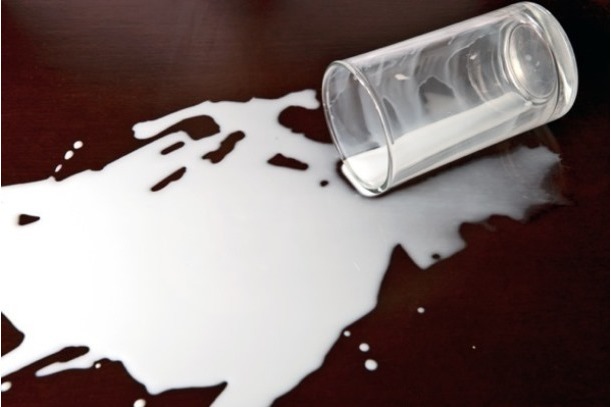 When a glass of milk is poured down the sink, around 255 litres of water is wasted.

Every time you throw food away, you are not only wasting money. You are also wasting all the resources that went into making that food available, like the seeds, land, water, fertilizer or manure, feeds and labour. For example, when a glass of milk is poured down the sink, around 255 litres of water is wasted. Likewise, as much as 15,415 litres of water used to produce one kilogramme of beef is wasted when that amount of beef is tossed, according to a report by the United Kingdom's Institution of Mechanical Engineers.

Figures from the Food and Agriculture Organisation of the United Nations (FAO) show that large amounts of plant-based foods are wasted every year. In fact, an estimated 1.4 billion hectares, or 30 percent of available agricultural land, is used to grow food that eventually perishes.

The FAO has described food wastage as a situation whereby food that is fit for human consumption is not consumed either because it is spoilt or thrown away by retailers and consumers. This is in contradistinction to food loss, which refers to food that gets spilled or spoilt before it reaches the markets mainly due to poor production and storage systems.

About one-third of food produced for human consumption is wasted or lost globally. This amounts to approximately 1.3 billion tonnes of food per year, including about 35 percent of fish and sea foods, 30 percent of cereals, 45 percent of all fruits and vegetables, 20 percent of dairy products and 20 percent of meat.

Every year, consumers in rich countries waste almost as much food (about 222 million tonnes) as the net food produced in sub-Saharan Africa (SSA). Sadly, an estimated 233 million people in the SSA region and 815 million on the planet were hungry or undernourished between 2014 and 2016.

One would imagine that poor countries or developing nations that hardly have enough to feed everyone, especially in periods of austerity, would avoid food loss or wastage. But this is not true. Food loss and waste (FLW) is a global problem. While developed countries account for a higher share of food waste, food loss is more prevalent in developing countries. Food loss in developing countries occurs as a result of inefficiencies in the supply chain, from harvesting food crops to distributing them.

Food items are among the most visible refuse on landfills worldwide. In the United States alone, more than 52 million tonnes of food are sent to landfills each year. The economic cost of this waste amounts to an estimated $218 billion annually. According to the FAO, the world loses $2.6 trillion to FLW annually. This figure covers environmental costs of $700 billion and social costs of $900 billion.

Apart from the monetary cost associated with the environmental effects of food loss and waste, FLW contributes enormously to pollution and climate change. It adds up to 3.3 billion tonnes of greenhouse gases to the atmosphere. Food on landfills produces methane, a greenhouse gas that is 23 times as potent as carbon dioxide in trapping heat. Excess amounts of these gases – methane, carbon dioxide and chlorofluorocarbons – absorb radiations and heat up the earth's atmosphere. The end result is global warming and climate change.

In other words, the rice you cooked or sandwich you made and did not eat yesterday is increasing your personal and, eventually, our collective carbon footprints. Shrinking the size of landfills would be possible if we all play our part in reducing food loss and waste.

While FLW happens at different points on the food supply chain, households are important agents in generating food waste. Many times, people buy more than they actually need or can consume because it is cheaper to buy things in large quantities. Unfortunately, 20 percent of the food we buy never gets eaten. In developing countries where there is shortage of power supply, this problem is made harder because it is difficult to store cooked food and keep them in good condition without refrigerating or freezing.

Households and individuals must imbibe a cultural change to end food waste. One in every six people on earth don't get enough food to live a healthy life. Therefore, having enough food is a privilege that should be cherished. It is important for us to think about this when shopping for groceries, measuring our food items into cooking pots and when handling leftovers.

Indeed, saving food begins with a mindset. We must cultivate the habit of buying food items based on how much we can consume at a particular period of time before spoilage sets in.

To reduce food waste, it is essential to plan meals ahead of time. Be sure of the number of people to be served and how much food each person can consume. This can be a little tricky when planning a big event. Oftentimes, after a big occasion, there is a big lump of leftover food, which gets thrown away.

Conscious efforts to reduce waste can make a difference. Food waste should be avoided no matter the occasion. Unavoidable leftovers can be given to homeless and hungry people hanging around the neighbourhood instead of trashing them.

For family meals, leftovers should be stored in refrigerators and used as soon as possible. The leftovers could be turned into the next day's lunch or dinner or even breakfast in the absence of a refrigerator. As much as 40 percent of food can be saved if we learn to finish up eating leftovers before preparing new meals. For example, leftover rice can be cooked with meat, fish or vegetable broth and butter or cheese to make a modified Risotto (a northern Italian rice dish). Leftover mashed potatoes or yams could be used on sandwiches or as filing for pie. It is also not a bad idea to make pasta salad from leftover pasta, garnishing it with peas, carrot and tomatoes.

When food is rightly stored, it lasts longer than we think. But 90 percent of us throw food away too soon. Wilted and softened vegetables are not entirely bad and could still be consumed. Uncooked eggs, pepper, citrus fruits, carrots and soft vegetables stay fresh for weeks if refrigerated.

In developed countries, large supermarkets often donate food items that have gone past their sell-by dates but have not reached their best-by dates, to local food banks while smaller supermarkets donate directly to the communities where they operate. The food banks also disperse these items to not-for-profit organisations in the areas where people in need of food can go to.

Unfortunately, in many developing countries, food banks are not within reach and many retailers are not connected to non-profit organisations that could help get such food items across to the needy. When these items go past the expiry dates or best-by dates, they end up in trash cans. Developing nations need to do more to curb food wastage at this level.

In order to sustain our limited resources and save enough food for all, we must reduce food waste at a personal, family, community and global level to the smallest possible quantity.