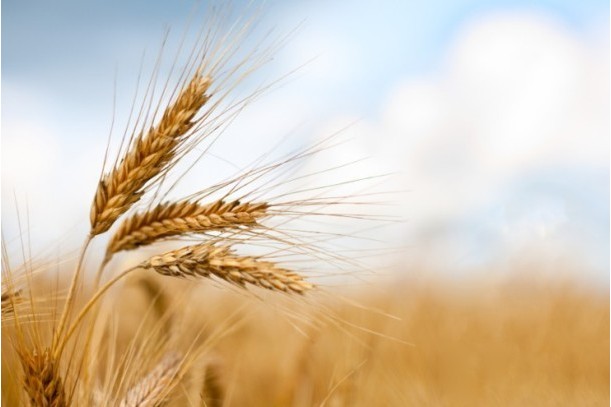 Russia’s war in Ukraine has resulted in about 40 percent increase in the price of bread in Cameroon, according to a report covered by Voice of America.

Almost every major economic shock or political instability in other world’s regions can destabilise Africa. When such disruptions affect the global supply chain for food products, the continent is at risk of food shortages, or increased food inflation, because of over-dependence on importation of food and agricultural commodities by many African countries. As the continent struggles to recover from the setback caused by the COVID-19 pandemic on food security, coupled with climate-related crisis and internal conflicts in some African countries, the continent is unfortunately caught up in another food insecurity risk: Russia’s war in Ukraine.

The latest Russian invasion of Ukraine, which began over two months ago, has led to the displacement of over 4.5 million people, many of whom were food producers and supply chain operators. This portends serious consequences for global food supply. Russia and Ukraine are top producers and exporters of agricultural commodities, particularly grains and vegetable oils. In 2020, Russia was the fourth-largest producer of wheat globally, while Ukraine was the seventh, according to a report by World Integrated Trade Solution.

Both countries are responsible for 19 percent of global barley supply, 4 percent of maize and 14 percent of wheat, with Russia being the largest wheat exporter. The two countries are also major producers and exporters of agricultural inputs. In 2021, Russia was the world’s biggest exporter of nitrogen fertilizer. The country was second in the supply of potassium fertilizer and the third-highest supplier of phosphorous fertilizer globally.

Although Africa remains a net food importer, a few countries on the continent have been reported to be net exporter of agricultural products. In 2019, Ghana, Cote d’Ivoire and Kenya were reported to be agricultural export powerhouses in sub-Saharan Africa (SSA), with commendable trade surpluses. For several reasons, many countries in SSA that manage to achieve trade surplus by boosting agricultural exports are unable to maintain that status as new challenges emerged.

The impact of the war in Ukraine on the supply of agricultural products has caused scarcity of imported commodities, increased their prices and worsened food insecurity. Low- and middle-income countries that rely on food imports from Russia and Ukraine are mostly affected. One major grain Nigeria imports from the two warring countries is wheat. Like several other countries, Nigeria depends on wheat flour for the production of bread, noodles, cake, pastries, biscuit, among others, with an annual local demand of 5.9 million tonnes.

Apart from Russia and Ukraine, many developed and developing countries are benefitting from the global trade in wheat. For instance, 24.57 percent of the total income from wheat imports in 2020 went to the United States, 19.02 percent to Russia, 17.48 percent to Canada, 14.61 percent to Lithuania and 13.46 per cent to Latvia.

Obviously, Russia is a major global supplier at war with another (lesser) trader in the commodity. The consequent disruption in the market has African countries, as usual, bearing the heaviest brunt, having little capacity to absorb the shock. The war has resulted in about 40 percent increase in the price of bread in Cameroon, according to a report covered by Voice of America. With 60 percent reduction in the volume of wheat imported from the feuding Eastern European countries that should serve half of the Cameroon’s population who consume bread daily, the country’s officials feared that wheat shortages could trigger social crisis.

South Africa also imports an average of 1.8 million tonnes of wheat annually, and about 34 percent of this is sourced from Russia while Ukraine provides about 4 percent. Algeria, Libya, Kenya, Uganda, Morocco and Mozambique are also now facing shortages in the supply of wheat and other cereals.

What can be done locally?

If the African continent must attain food security, the countries must increase food production amongst other measures to strengthen their domestic food systems. Government policies to reduce importation of agricultural commodities must make sure they expand and sustain the cultivation and processing of highly demanded crops locally. This is possible. More than half of the world’s uncultivated arable land lies in Africa. This accounts for approximately 100 million hectares of unexploited land after deducting forests and protected areas, inhabited areas, permanent pastures, areas unsuitable for cultivation and areas already used for farming. Government policies could be made to ensure that such arable lands are optimally engaged for food production depending on the peculiarities of where they are located and the kind of crops that can thrive on them. Poor quality seeds can hinder agricultural output growth by significantly reducing crop yield.

Optimizing land use for food production could also include obtaining modified seeds that are suitable for areas where they would ordinary not thrive. For example, wheat is a temperate crop that thrives in cold environment. But it can be adapted to grow in varying conditions. In Nigeria, it is cultivated in the northern region in about 12 states. However, wheat varieties that are heat tolerant are currently being planted in Kaduna and Niger states and efforts are in place to extend it to other parts of the country to include the North-Central – Benue, Kwara and Kogi – and two marginal areas of Oyo State in the South West – Saki and Igbeti. Deliberate efforts of this kind, if sustained, can help to reduce the country’s dependence on wheat imports.

It must be noted that conflicts and insurgencies in different parts of the continent can significantly hinder the expansion of crop production as we have seen with incessant attacks on farming states and communities in different parts of Nigeria. Such attacks contributed to a massive reduction in wheat production in the country, from 350,000 tonnes in 2016 to 70,000 tonnes in 2020. Some of the highly productive areas in the north are still not free from attacks till date.

However, the Coordinator, Monitoring and Evaluation of the Central Bank of Nigeria (CBN)’s Anchor Borrower Programme on Wheat Production, and former Executive Director at the Lake Chad Research Institute, Maiduguri, Oluwasina Olabanji, in a recent interview with the Guardian Nigeria, stated that in five years, Nigeria could be able to meet 70 percent of its annual wheat consumption through the sustained cultivation of wheat using high yielding, heat-tolerant seeds, and engaging seed companies to multiply quality seeds for continued cultivation.

If the efforts of the Nigerian government to boost wheat production and ensure self-sufficiency would be attained in the near term, then ending the security challenges is a precondition. Indeed, African governments must not relent in their fight against terrorism and insurgency to support the efforts currently in place in different countries to boost food production.

Producing sufficient quantities of high value food crops locally will not only save the continent from being overly dependent on foreign producers, but it will also offer other benefits of expanding in-country food production. Such expansions can solve some of the biggest challenges of the continent – unemployment and poor income.

We must harness the potential advantage of the region’s large population by boosting domestic food production, instead of making Africa a market for imports from outside the continent for products for which it has a comparative advantage.

Mojisola Karigidi, PhD, a Financial Nigeria Columnist, is a Nigerian biochemist and the founder and product developer at Moepelorse Bio Resources. She is also a Global Innovation Through Science and Technology (GIST) awardee, and an Aspen New Voices fellow.